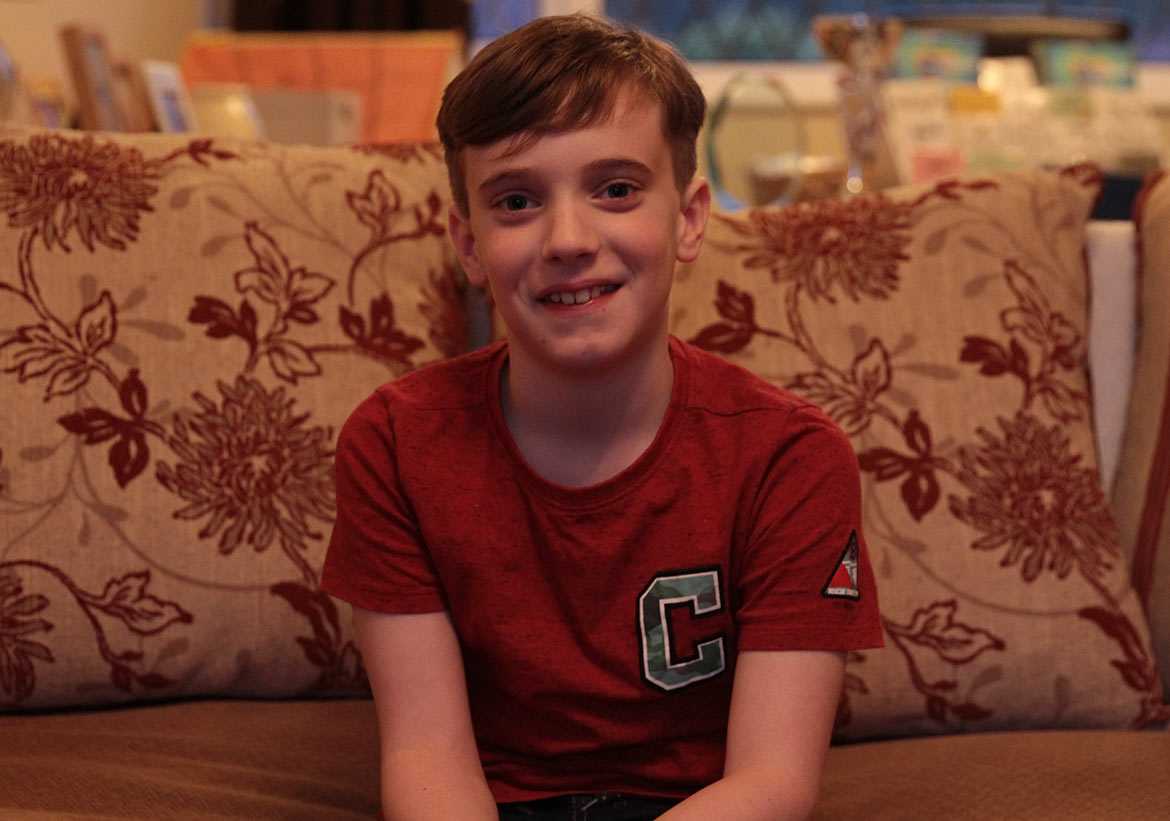 Callum Lane-Tingle from Fairfield, Stockton, has raised more than £15,000 in the 11 months since his dad Andy discovered he had terminal kidney cancer.

After being told that his dad’s cancer was terminal, Callum, from Teesside, decided to make him proud by raising money for the Cancer Research charity. He has since raised £15,000 with fundraisers including selling CDs, and making necklaces, keyrings, bracelets and bookmarks and selling the items at craft fairs. He also raised £1,000 after organising a family fun day at a local pub, he completed the Tees Valley Relay for Life in Middlesbrough, and has also attracted support from celebrities including Ricky Tomlinson.

Andy, who is married to wife Cheryl and also has a two-year-old daughter Chloe, said: “They took us into a room and said ‘Sorry but you have got no hope’. I have obviously got a young family and while I am not scared of dying it is the thought of what I am leaving behind that hurts the most.”

He added: “Callum knows what cancer does, one of his school teachers died of cancer and he decided to jump on board. The whole family is very proud of Callum. For me every day is a blessing, I go to hospital once a fortnight and I hope a second course of chemotherapy could slow the cancer down.”

Not only does Callum have his dad in mind, but a close family friend who recently lost her battle with cancer is also driving him on. Karen Bellerby, who was part of Callum’s team at the Relay for Life in September, passed away three days before Christmas last year. The team supported Callum through the event which saw him reach his initial £10,000 fundraising target.

At the moment, Andy is undergoing more treatment for the kidney cancer that he learned was terminal last year.

“The biggest thing that’s keeping me going is Callum. It’s better than the drugs.

“He gets me out of bed every morning. Him, and all the support around us. It keeps us going forward.”

Callum makes jewellery with the help of his mum, Cheryl and has hosted a wealth of charity events. And he still managed to secure his red belt in karate last month in his spare time. His next goal is to raise an extra £15,000 - to be split equally between Macmillan Cancer Care, The Butterwick Hospice and Cancer Research UK.

“It was a surprise because one of the biggest awards he won last year was the Community Champion award. That was a big buzz for him,” said Andy, also dad to Chloe, three.

“When I was nominated as Champion Parent it was a double whammy for us as a family, such a boost of energy.

“As soon as Christmas was over he started fundraising again.”

In 2018 alone Callum has raised £4,200, with more expected to come in from the sale of his jewellery and from his school, Fairfield Primary in Stockton. With more events scheduled for 2018, Callum shows no signs of stopping. He has auctions, themed nights and more jewellery sales planned.

For information on how to donate to Callum and his upcoming charity events, visit CLT Caring Gifts on Facebook, Twitter @cltcaringgifts, or email This email address is being protected from spambots. You need JavaScript enabled to view it.

Well done Callum, you’ve made your dad proud and the whole of the North East as well.