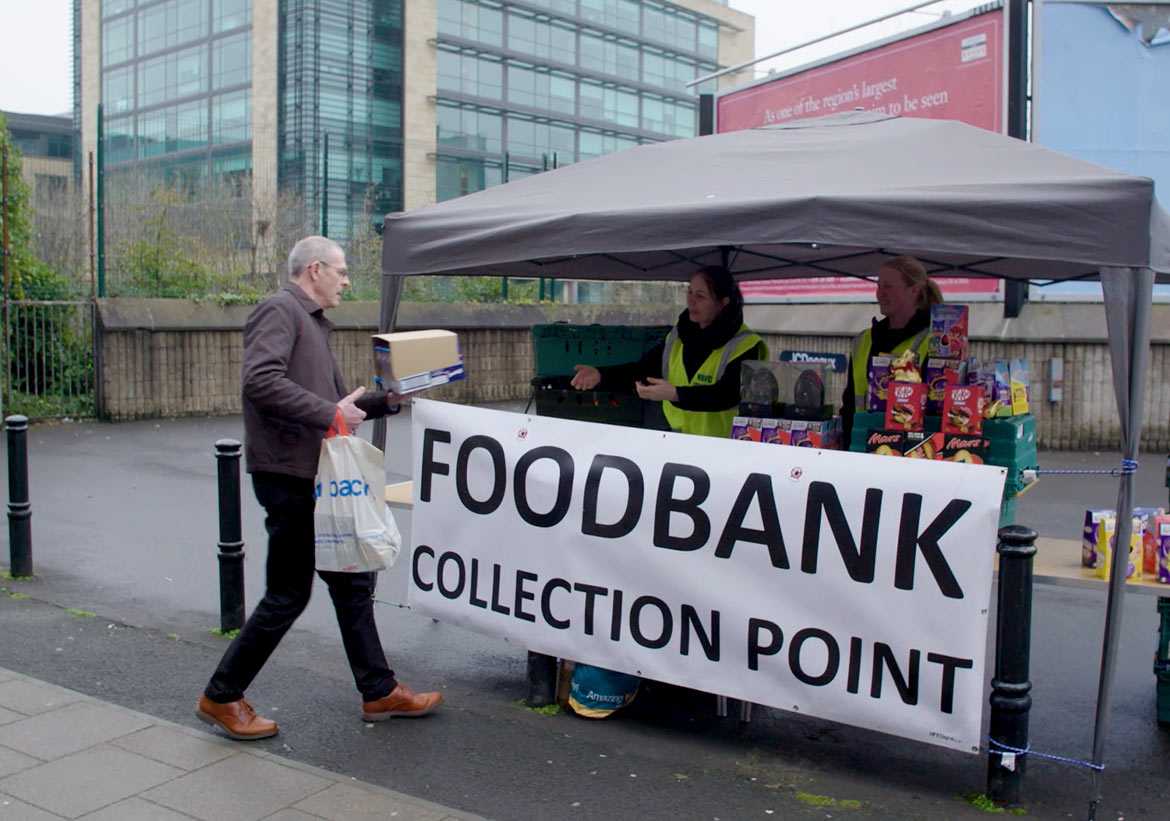 For many people the West End Food Bank in Newcastle provides a lifeline to surviving in austerity Britain. Set up by Michael Nixon and his late friend Steve Metcalfe in 2013 the food bank is now the biggest in Britain.

Feeding around 55,000 people a year the food bank is five times busier than the second most used food bank in the country, which feeds around 10,000 people a year. Half of those it feeds are children, while 28% of users are experiencing benefit problems such as sanctions or delays, and 35% are in work but on low incomes.

At Christmas, the food bank also gives out toys and games to families and parents who can’t afford to give their children a Christmas present. Last Christmas around 2,000 people in Newcastle enjoyed a slap up festive meal thanks to the food bank. Recently the food bank featured in Ken Loach’s ‘I, Daniel Blake,’ a film which showed the challenges faced by families living in poverty in the city.

Inspired by Michael, fans of Newcastle United have also got involved, with many organising food drives and donations, while last year supporters created the NUFC Fans’ Food Bank, which sets up donation points on match days and has collected tonnes of produce ahead of games at St James’ Park.

Bill Corcoran, who helped set up the NUFC food bank, said he was inspired to help after meeting founder Michael.

He said: “At first we thought it would be collecting a few cardboard boxes of tins of food.

“Then Michael told us about the scale of the problem which caused the mind to boggle. I think we were all inspired by this gentle, good man.”

John McCrory now runs the food bank, having taken over from Michael who stood down in January after five years in charge.

John said: “I’m elated with the award and I think it’s about the people that developed the food bank into the vital resource that it is today for both Newcastle and beyond.”

He told us that it was not just testimony to the hard work and dedication of the many volunteers who keep the centre running, but to those people who donate it too. This includes its ties with the NUFC Fans Food Bank which has established a profound link between the Premier League club and the community from which many of its supporters come.

John said: “From the smallest donors to our corporate sponsors, this is the lifeblood of our work and the scale of that work.

“It’s an acknowledgement of the all the volunteers who come from all walks of life - without them we couldn’t provide the service we do.”

We are proud to honour the West End Food Bank with this much deserved award.