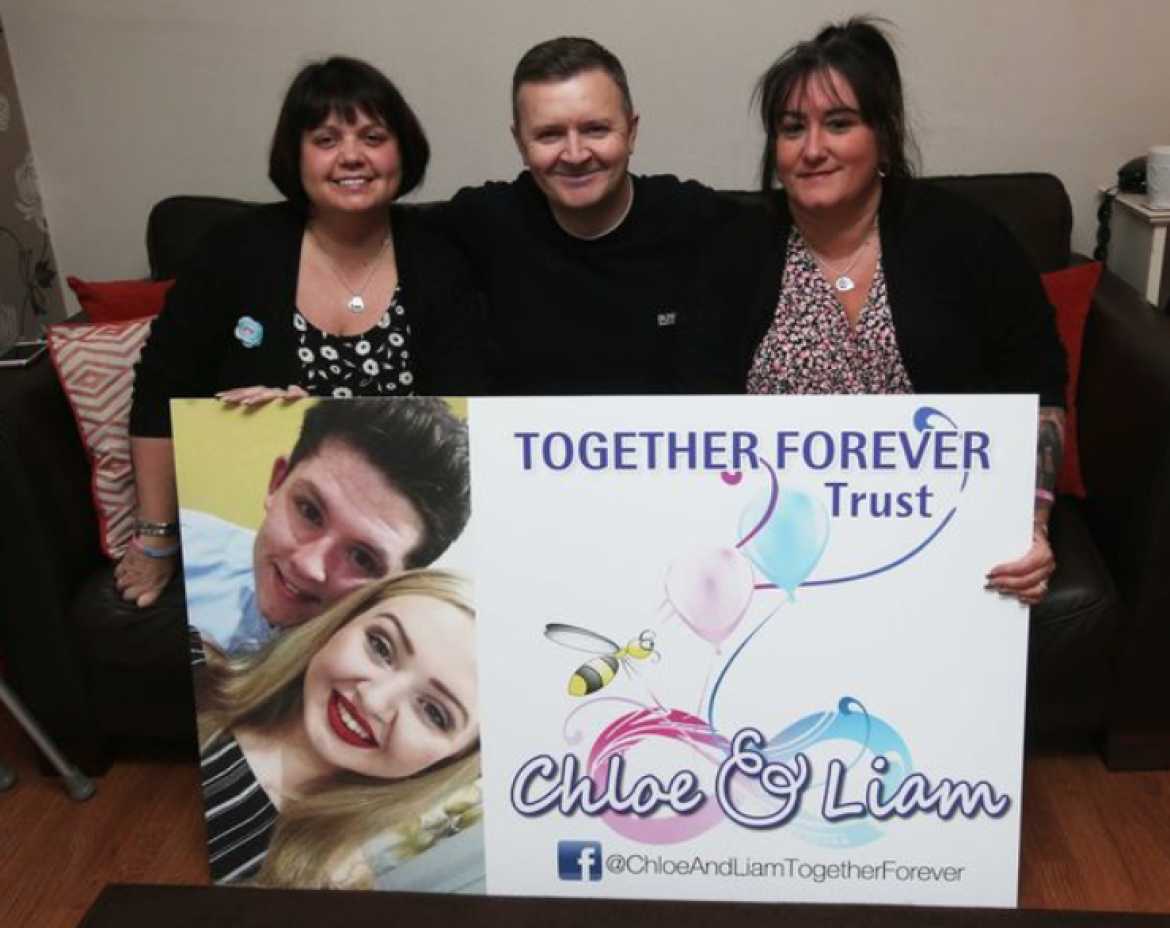 Teenage sweethearts Chloe Rutherford and Liam Curry, from South Shields, were killed when a suicide bomber targeted an Ariana Grande concert last May.

In the midst of their grief, their families were determined to achieve something positive in their memories.

Chloe’s parents Mark and Lisa, and Liam’s mum Caroline, launched the Chloe and Liam Together Forever Trust, which aims to help aspiring performers and young sports men and women achieve their dreams. Liam’s father sadly passed away from cancer three months before the bombing. They have already raised more than £20,000 and enlisted the backing of celebrities including Newcastle and Sunderland managers Rafa Benitez and Chris Coleman and rapper Stormzy, who have showed their support by wearing the Trust’s blue and pink wristbands.Chloe’s dad Mark Rutherford said: “We want to help people achieve their goals, to fulfil their dreams. That was something that was taken away from Chloe and Liam.

“Chloe loved to sing and play piano, she also wrote songs and enjoyed getting involved with everything backstage. Liam was a huge cricket fan and player. He had just passed his coaching badges and was teaching young kids.

“There are so many talented people out there that can’t afford to go any further. It would be amazing a few years down the line to see someone at the Olympics or in the West End, doing what they love because of Chloe and Liam.”

Bursaries are currently open to anyone living in the north east, and there are plans to extend the scheme nationally.

Chloe’s mum Lisa has thanked the community for their continuing support and believes the teenagers would be ‘proud’ of the trust’s achievements so far.

She said: “We’re in a position that the kids are never forgotten and although their ambitions were torn away from them, somebody else’s children will hopefully be able to fulfil their potential and that’s because of Chloe and Liam. Winning this award is going to help get the word out to many more people. We feel the kids would be really proud with what we have achieved and that the people have taken us to their hearts.”

Liam’s mum Caroline added: “When we first started, we did it because so many people wanted us to do something. Even strangers were messaging us saying they wanted to do something. It gives us a purpose - it would have been easy to crawl into a shell and never come out. But that would have meant those two gorgeous kids we brought into this world would have left without leaving their mark."

“The community just wanted to give so much we were almost in a situation where we needed to do something. The enthusiasm for the trust is there in shed loads.You always think you’re own kids are special, but to have all those other people come out and say they were and want to help is just wow.”

She added “They have made such an impact on so many lives, it’s heartwarming so many people loved them as much as we did.”

This is a heartbreaking story, what amazing parents to give back to the community in their children’s name - we are proud to honour them with this award.