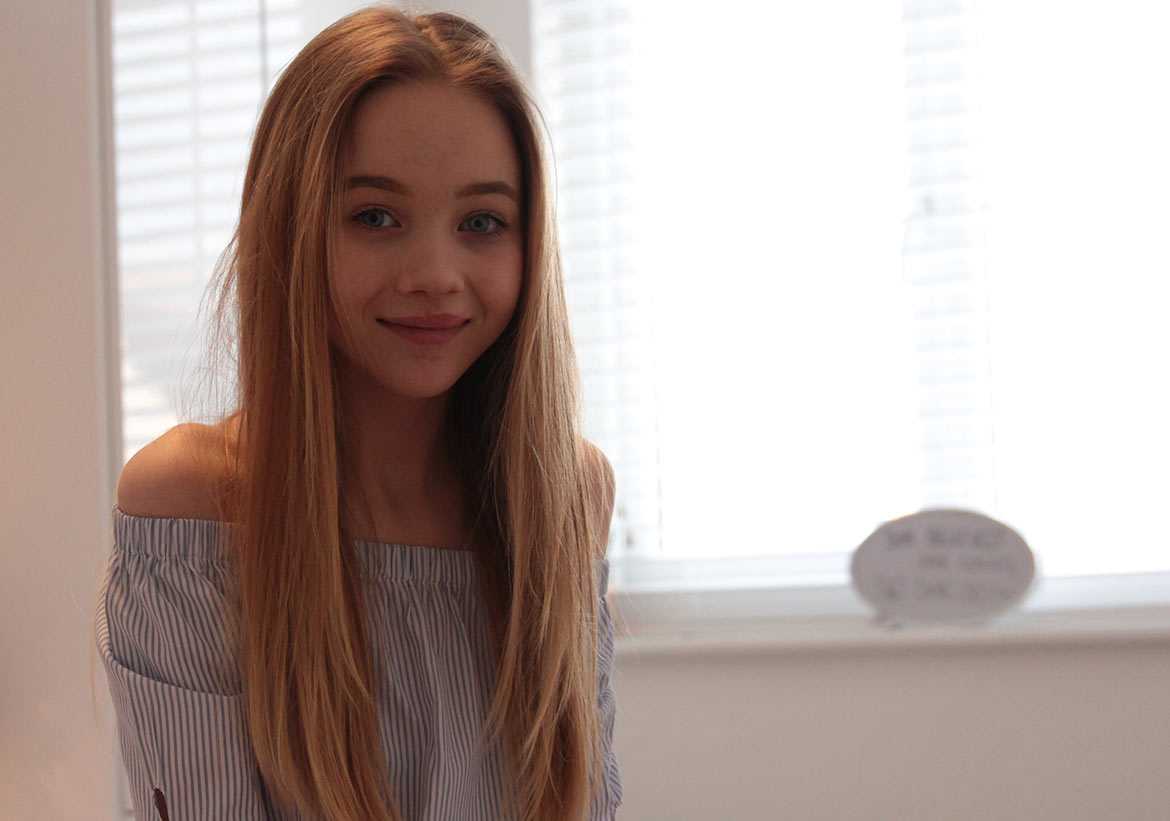 Emily was just nine when an aerosol which was thrown into a garden fire exploded, causing serious facial injuries.

She underwent plastic surgery, but has been left with a large scar on her face. At one point Emily’s mum was forced to remove all the mirrors from her home to save her daughter from the distress of looking at her severely damaged face.

Her mum Nicola, said: “Her injuries were so gruesome that her dad didn’t recognise her in hospital and her cuts were so deep you could actually see her skull.

“It caused lacerations and burns to other parts of her body and she has needed two operations so far and will more than likely need others in the future.”

Thankfully Emily didn’t suffer any brain damage and remarkably she returned to school a month later - but getting over her physical wounds was only half the battle. At first Emily struggled to accept her new appearance but thanks to the Changing Faces charity she was able to start to understand and accept what had happened, and is gradually regaining her confidence and self-esteem. And despite her ordeal, Emily threw herself into raising money for the charity, involving her school, local gym and brownies as she organised events such as coffee mornings and face painting, and has so far raised nearly £5,000.

Passionate about making more people aware of facial disfigurement and scarring, and to help others who are struggling to come to terms with their appearance, she also creates videos talking about the problem and helping others to gain confidence with their looks.

Nicola told us: “Emily has shown so much strength and courage throughout this terrible ordeal.

“Initially she couldn’t speak for months due to the lacerations on her face, and she was unable to walk for days due to shock.

“Emily has never thought of herself, never wanted sympathy and always thinks of others. One of the first things that she said relating to her accident was that she wanted to make fire safety more recognised so other children didn’t end up like her.”

“I would love for Emily to be recognised for her resilience, positivity and strength.”

Emily, from Shildon, County Durham, said: “I’m so excited, I could not believe it when I found out about the award, I thought it was a prank. I want to use the opportunity to tell people to be positive and believe in themselves because I had to learn how to do that again. I’ve overcome a lot and realised that the world would be very boring if we were all the same and it’s good to be different.”

Emily used writing and therapy as a way of beating anxiety and night-terrors and says she wants to “encourage others to talk about their issues”.

That triggered a fundraising push which has raked in £5,000 for Changing Faces and even inspired mum Nicola to walk the length of Hadrian’s Wall.

Her makeup reviews on YouTube are followed by 1,000 subscribers and she chats with other girls with facial scarring about which products to use.

Nicola said: “She has somehow turned this terrible experience into such a positive.

“The funny thing is she can’t see why she is so impressive and special even though we tell her every day how beautiful and brilliant she is.

“She doesn’t know what all the fuss is about so to have the whole world find out what a wonderful person she is makes us as a family very proud.”

Emily, who wants to be a plastic surgeon and help others like she was following her injury, said: “I think people just need to believe in themselves.

“One of my favourite quotes is ‘she believed, so she did’ - that’s so important to me and I think anybody can overcome anything if they just believe.”

We think that Emily is quite incredible and we can’t wait to see what her next adventure holds for her.