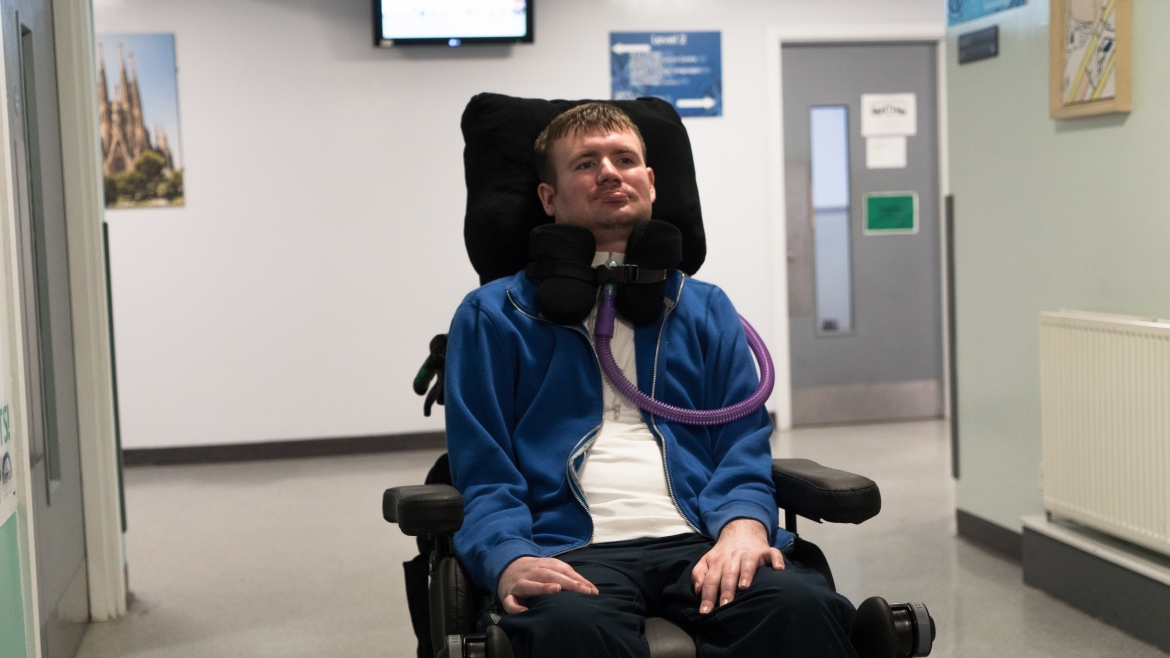 Mark Taylor is an inspirational teacher who has refused to let advanced Motor Neurone Disease (MND) prevent him from changing children’s lives.

Mark has been living with a diagnosis of the devastating illness, which has eventually left him unable to walk, eat or even talk unaided, since 2010.

A former PE teacher, keen footballer Mark had become the hero of his hometown when he helped Whitley Bay FC claim the FA vase at Wembley Stadium in 2009.

A sudden attack of pneumonia last year left Mark back in hospital, and he was forced to undergo an emergency tracheostomy, placing a tube in his windpipe which enables him to breath - but makes talking impossible, and leaves him hooked up to a ventilator to breathe.

But even so, he hasn’t given up the day job, working to support fellow members of staff by working on ways to improve teaching. He has helped make marking more efficient and to design Kenton School’s new accelerated learning centre.

On top of that, Mark has also written a moving autobiography, in the hopes of offering support to other MND sufferers, and raising money for a MND charity.

Mark heard about the award from his sister, Gemma, and says his win came as a shock.

He said: “I was really surprised as I didn’t expect to win and forgot all about my nomination.

“I am really pleased that I have won but still think that there are loads of people who deserve it more than me, I am just living as normal as life as possible despite my disease.”

The inspirational educator says the past months, since he released his book, have been good ones: he’s been spending plenty of him with his supportive family, who he says are looking forward to attending our glitzy awards ceremony.

School principal Sarah Holmes-Carne said: “Mark inspires both students and staff. He has ensured Kenton School looks past disability and focuses on the person.”

We think that Mark is a quite remarkable man and we are honoured to present him with our Pride of the North East Special Recognition Award.