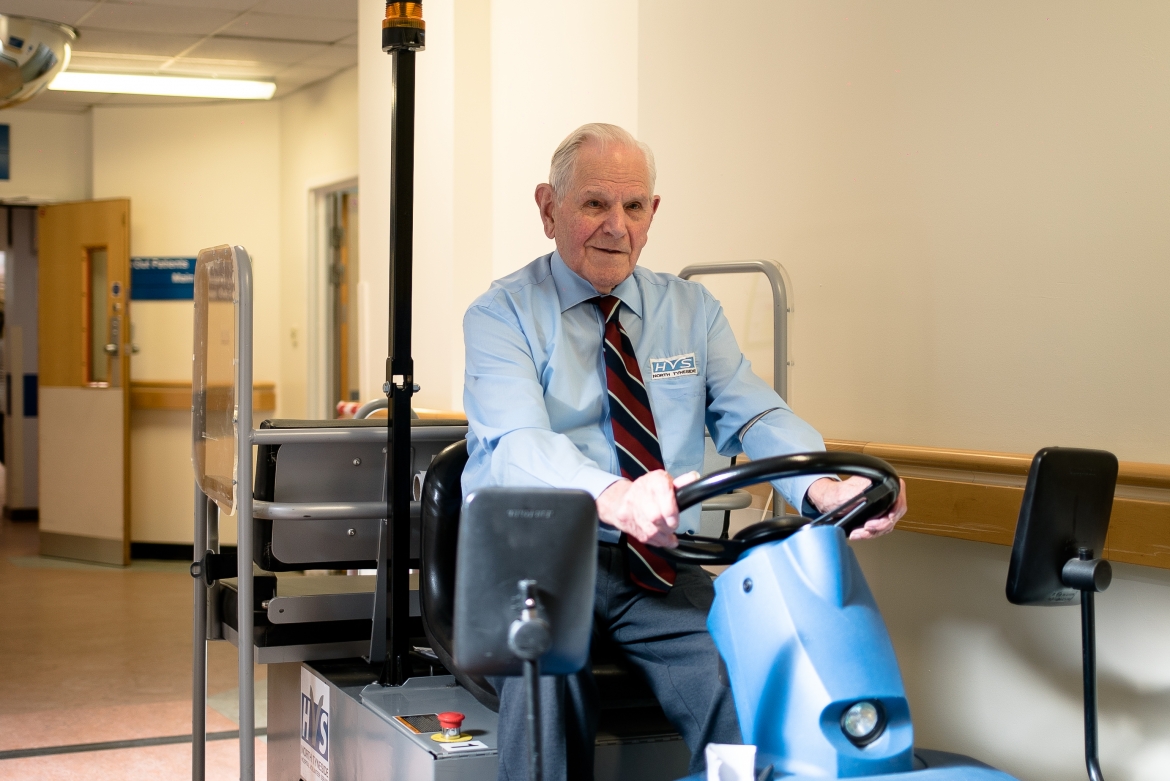 At 94, most people have given up working long ago - but not Harry Mercer! Harry, from North Shields, has been volunteering for over 70 years and says he’ll never stop working for others.

For Harry, it all began in 1947, when his brother-in-law asked him to help raise funds to build a headquarters for the Tynemouth Scouts.

“It just grew and grew from there,” he told us.

“I spent 57 years helping the Scouts group, and in that time people began to ask us to help out with different things.”

He raised money for the hospital, joining what was then called the Tynemouth League of Friends in 1957, going on to become chairman. He was a member of the Tynemouth Volunteer Life Brigade for 15 years - all while running his own business, an electrical repair shop in North Shields.

Not content to take things easy, in 1997 he started actively volunteering within the hospital, and he shows no signs of slowing down 20 years later.

Now at the age of 94 he still helps out at North Tyneside General Hospital, driving a buggy around the wards and corridors to give people who are less mobile lifts to visit their friends and relatives.

Harry said: “I’ve thoroughly enjoyed my whole time volunteering, I’m not giving up - I can’t give up, I’m too busy. I just love helping people.”

“Harry has achieved so much but he is the type of person who always puts others first, himself second.

“He is an unassuming hero of his community and worthy of recognition for all that he has done selflessly over the years in supporting so many local organisations. We think he is a real gem who is a role model for us all.

We total agree and we are proud to award Harry with our Pride of the North East Special Recognition Award.