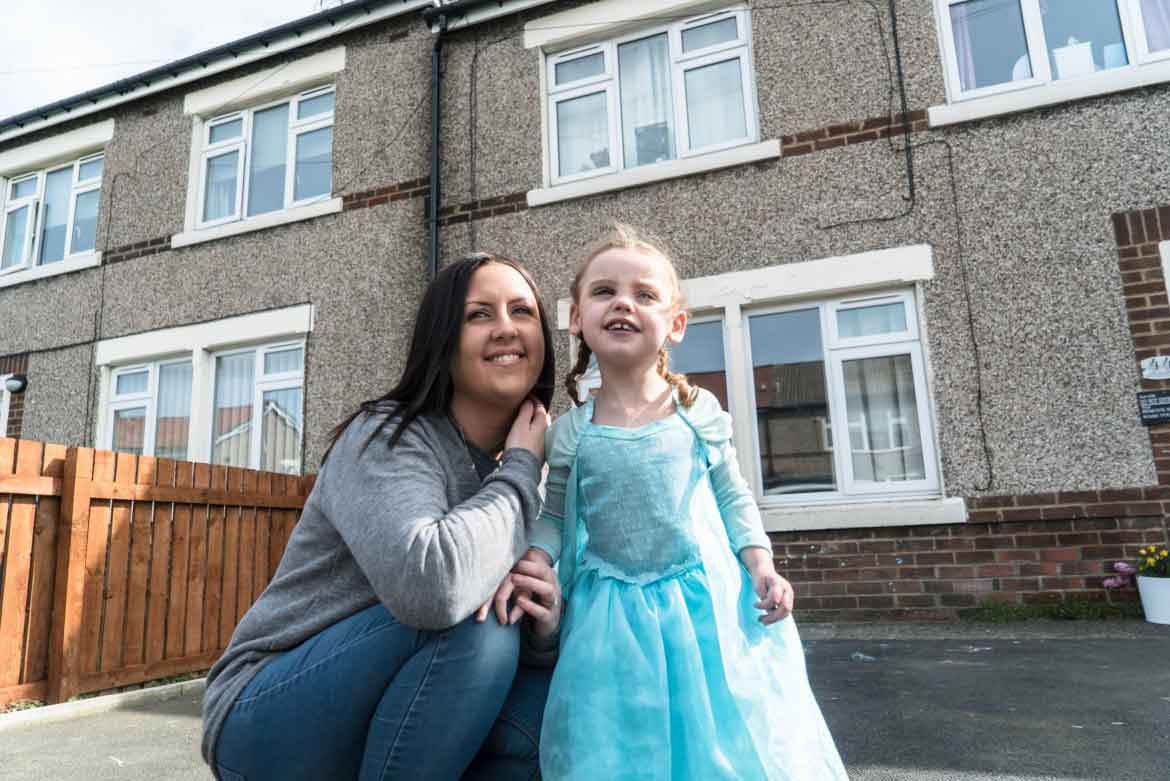 Born with half a heart and undergoing a record-breaking operation minutes after birth, Chanel Murrish is certainly a miracle; defying the odds and the predictions of doctors who feared she was unlikely to survive.

But it’s her incredible mother, Fay Murrish who we are proud to honour with our Special Recognition Award. Fay has not only supported her own daughter, she made it her mission to raise thousands for the children’s heart unit, based in the Freeman Hospital, which saved her life.

Chanel is the youngest child in the world to have open heart surgery. She was just one hour old when the decision had to be made in order to give her a chance of survival. She was diagnosed with hypoplastic left heart syndrome with intact atrial septum, meaning only the right side her heart beats, at her mum's 20-week scan.

Her chances of survival were tiny and her parents Fay, 25, and Michael, 29, were offered a termination. They refused and as soon as she was born at Newcastle's Freeman Hospital surgeons fitted a stent tube, which helps blood flow.

Chanel, who also has cerebral palsy, has now had ten operations and needs 11 tablets a day to prevent heart failure and dehydration. She will need surgery when she is five to bypass the left side of her heart. In February she celebrated her third birthday and made history once again as she became the oldest survivor with her condition in the UK.

Eager to help other families in similar positions Fay founded a support group, helping families whose children suffer from congenital heart defects find others who share their experience. She told us “We started sharing her journey and raising awareness through her page. We got quite a few followers and we thought it would be a good way to raise money for the unit.”

She added “When we were feeling so helpless – I’m not a doctor, I can’t fix my own baby – one thing we could do was raise money. I don’t think we do anything anyone else wouldn’t do for a unit that’s saved their child’s life.

The group now has around 2,500 members who take Christmas presents to families spending the season in heart units, and as well as offering online support, meet up, and even go on holiday together.

Fay says “I’ve put a lot into it but I get a lot out – I’ve made some of my best friends through it, as much as I set this up for other people I get a lot of support back. It’s like my extended family.”

Fay, of Seaham, County Durham, is thrilled to win our Special Recgnition Award, she told us “I was very shocked – I think I asked about five times ‘are you sure it’s me? But I’m very grateful.”

We’re sure you’ll agree that Fay is incredible and a worthy winner of this very special accolade.