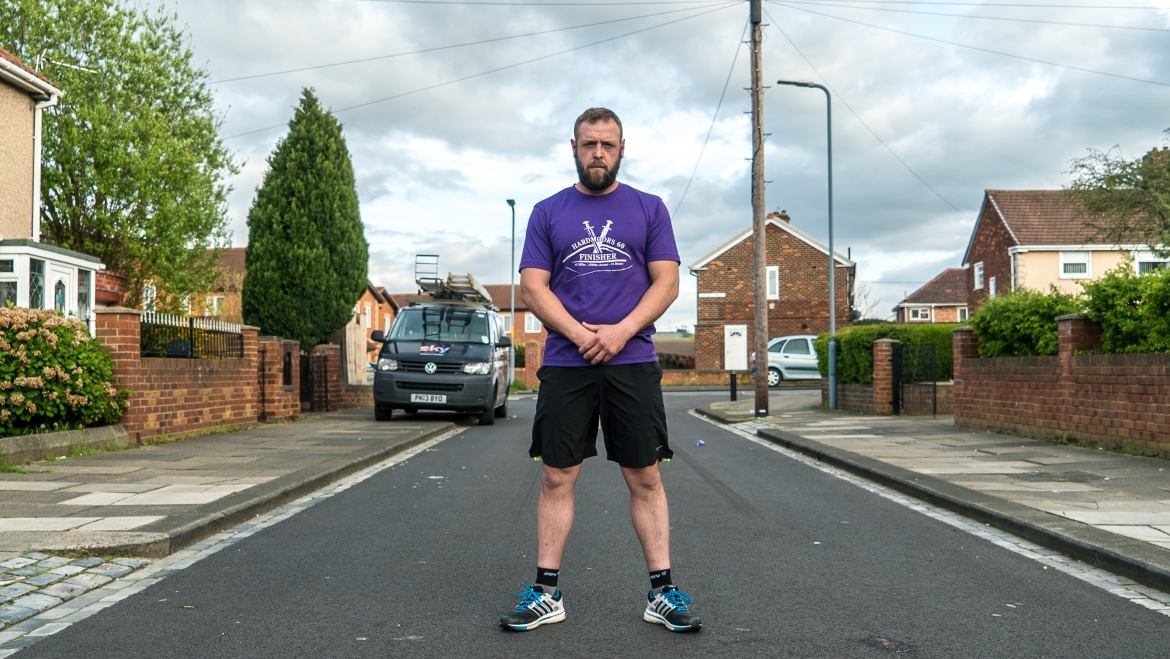 Ultramarathon runner Dennis Potton got more than he bargained in the middle of a 60-mile endurance race when he stopped for a drink and heard a child screaming for help.

Dennis was taking part in the Hardmoors 60, a 60-mile run along the North Yorkshire coast when he heard children crying for help

The married father-of-four from Middlesbrough, said: “I heard screaming. A boy was really distressed, he kept shouting, 'help, he's drowning'.

"No-one was really moving so I ran to the shore, a woman pointed to where he was and I dropped my bag and went in."

With no hesitation Dennis rushed into the sea fully clothed to drag the boy out of the water. The water was up to his neck before he got to the youngster, , but even then it was a struggle to get himself and the child to safety as the rip current kept taking his legs from beneath him.

Whitby’s inshore lifeboat was launched and the local coastguard were on the scene closely followed by its specialist rescue helicopter which landed on the beach. But by the time the lifeboat arrived the young boy had been reunited with his family and was safe and well but was taken to James Cook hospital in the helicopter to be checked over.

Dennis continued with the run but was hit by the enormity of what had just happened. “I’m a dad myself and I was just overcome with emotion of how different it could have been – if I hadn’t stopped for that drink I would have been further down the beach and he would probably have drowned.”

He was given a heroes reception when he got to the finish point at Filey, 16 hours after he started in Guisborough and says the adrenaline had kept him going. Mr Potton added: “News had spread because I had spoken to a man after I got out the sea and he told people at a checkpoint, so everyone knew by the time I arrived. When I finished I was repeatedly sick – the adrenaline had kept me going but I really crashed. “My wife and children are extremely proud, they are over the moon.”

Race organiser Shirley Steele said: “We know Dennis from taking part in our other events and are so proud of him – without his bravery this could have been a very different story.”

We’re so glad that Dennis was there to save this young boy, he is a truly worthy recipient of our Special Recognition Award.