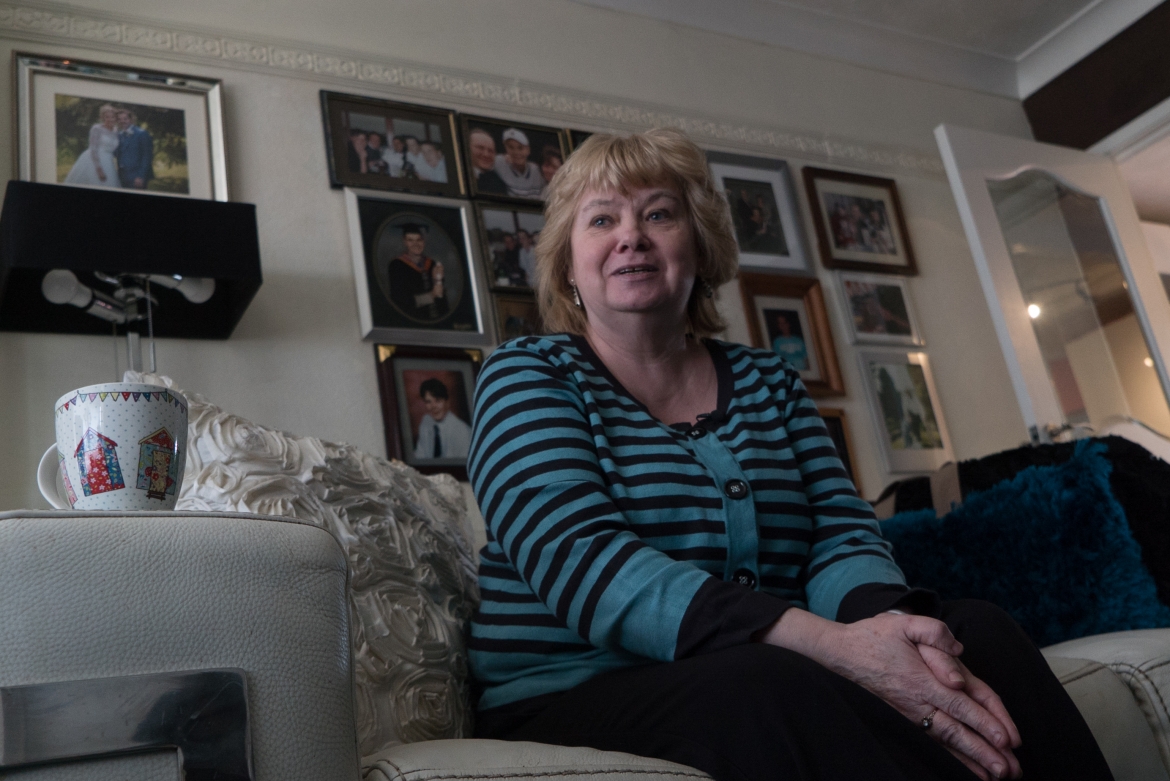 Fundraiser of the Year - Lynn Lucas

Devoted and defiant mum Lynn Lucas has raised more than £2 million for cancer research since the tragically early death of her son Chris aged 18 in 2000.

Lynn’s son Chris died of a rare form of cancer, rhabdomyosarcoma – a cancer that resembles muscle tissue, leading to his dedicated mum founding the Chris Lucas Trust in his memory.

Before being diagnosed in July 1997, Chris was a strong 15 year-old boy, who played rugby, cricket and basketball. After twice battling back from the disease, achieving great GCSE results and starting a career in graphic design, the cancer finally took Chris after three years. The Chris Lucas Trust hopes to enable the rapid translation of new targeted therapies into the clinic so that other families don’t suffer the same fate.

Any parent would dread being told their child has cancer but a diagnosis of rhabdomyosarcoma is a truly devastating one as there are currently no effective targeted treatments for the aggressive form of this disease. However children and teenagers with rhabdomyosarcoma could one day be offered more effective treatments thanks to scientists funded by the Chris Lucas Trust who are developing treatments targeted at the specific genetic flaws driving the growth of these deadly tumours.

Lynn, from Wallsend, North Tyneside, set about raising funds and to date has raised more than £2 million from fundraising events, such as their Great North Bike Ride and the Jingle Bell Walk.

The money has paid the salaries of two scientific medical researchers based at the Royal Marsden Hospital in Surrey for the last 12 years.

In 2013 the medical team at The Institute of Cancer Research at Royal Marsden announced a new breakthrough which could help treat cancer in children, a study which would not have been possible without Lynn's funding.

Scientists said a dual-pronged strategy using two experimental cancer drugs together could successfully slow down tumour growth and block off the escape routes it uses to become resistant to treatment.

The drugs, called AZD8055 and AZD6244, block two different signalling pathways involved in cancer growth – acting like road-blocks on two separate routes that cancers could otherwise use to evade treatment.

Chris’ mum, Lynn, says: “The Chris Lucas Trust chose to support the ICR since we believe in their commitment to develop new drugs to help children and young adults suffering from cancer to live longer, and ultimately to find a cure for rhabdomyosarcoma. We recognised their expertise in childhood cancer when we first sought advice about funding research."

Lynn is a remarkable woman who has tackled her family tragedy head on and turned her situation into a shining light for other families offering hope where there was previously none. We are honoured to present her with our Pride of the North East Fundraiser of the Year Award.

Read more about the Institute of Cancer Research here