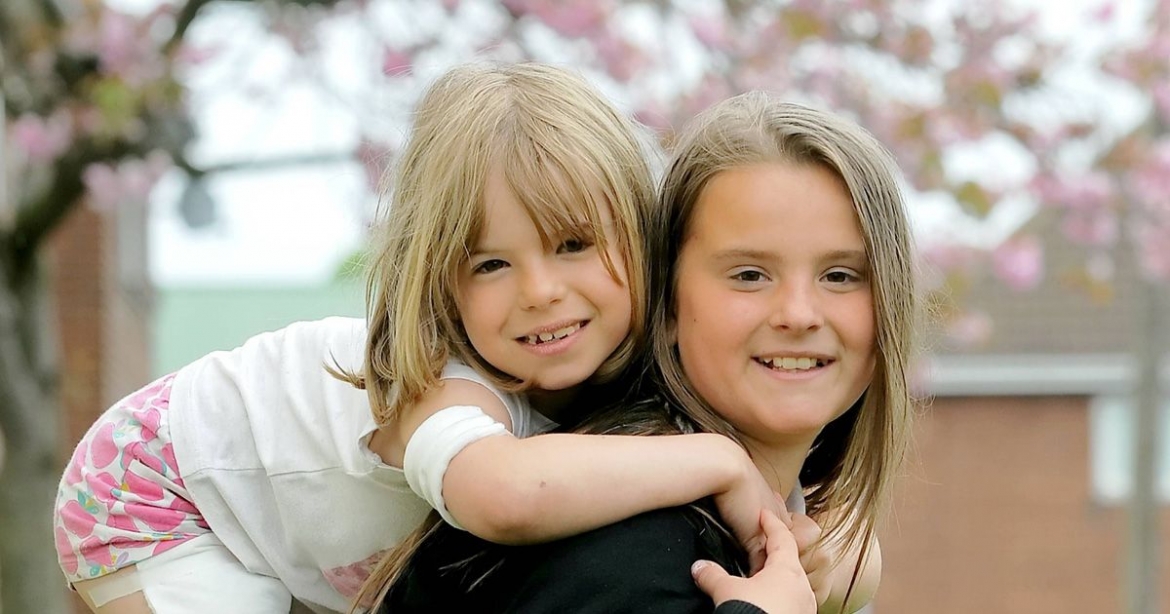 Eleven year old Katie Mitchelson was playing at the park with her friends when a dog suddenly started biting children at random all around her.

Whilst some children might have panicked Katie remained calm and knew that she had to help. The first victim was seven year old Clara Villalard who was being thrown around ‘like a rag doll’ by the animal. Katie approached the dog, kicking him as hard as she could before scooping up Carla and carrying her over her shoulder to the safety of her nearby home in Blyth, Northumberland. The dog continued to chase her so she had to run to keep her friend out of danger.

Katie's mum Laura Priestner, 29, said: "She was the only one who didn't panic. I think because we have two dogs at home and because I've always told her not to fear animals, she just remained calm.

"I don't think she realises how brave she's been - to put herself in that situation. She couldn't go to sleep until she knew everyone was ok. It was like nothing had really happened.”

Brave Katie told pals "I can't just leave her" before managing to wrench Clara free. Incredibly, Katie then returned to scene of the carnage to continue helping injured friends.

Two men eventually managed to pin the dog down and tie it to a fence with a jumper before emergency services arrived.

Clara's mum Claire and dad Nigel told us "Katie is a hero. It could have been a lot more serious. If it wasn't for Katie, Clara might be a lot worse off."

Mr Villalard told of the moment Katie arrived at the door with his injured daughter, saying: "Clara was in a right state. She was traumatised. I could see quite quickly she had a lot of bites. They were all over her arms, legs and torso. I'm just so grateful to Katie."

Clara was rushed to Cramlington Hospital where she was treated for around nine bites from the dog.

Fourteen children were injured in total and the carnage continued for 45 minutes . One mum described the sight of injured children waiting for medical attention as "like a war zone". Witness Gail Swinney said: " I saw the devastation this dog caused last night. The injuries were horrific. Poor kids."

We think that Katie was incredibly selfless and brave in a very traumatic situation and we are proud that she is our Pride of the North East Child of Courage.