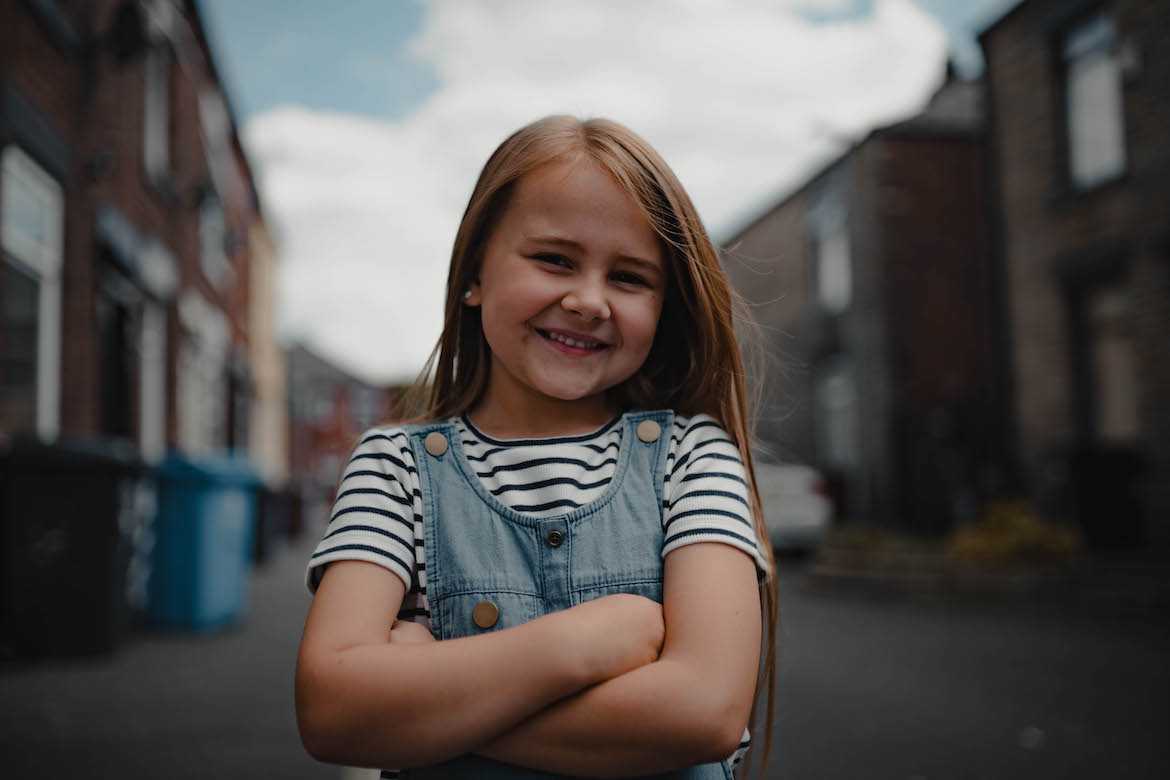 Youngster from Oldham dialled 999 after her mum collapsed and fell unconscious on the kitchen floor.

Isabella, who was just four at the time, managed to find and unlock her mum Chelsea's mobile phone before calling for an ambulance.
The youngster was then able to give the call handler her address so they could send help, and clearly answered questions asked by the handler, such as 'is your mummy breathing', and 'is your mummy awake'.
She then dragged her little chair from the living room to the front door, so she could reach the keys to open it for the paramedics, before ringing her nana - again on Chelsea's phone - to tell her what had happened.
Chelsea, 29, was taken to hospital and has since made a full recovery. She recalls: "I don't remember much, all I remember is waking up on the kitchen floor surrounded by paramedics. I am so in awe of Isabella and it's so lovely she has won a Pride of Manchester Award."
Coronation Street star Jack P. Shepherd surprised the youngster with her trophy on a special Zoom call as they could not meet in person due to local Covid restrictions. He told Isabella: “I’ve heard you have been a really brave little girl when your mummy was poorly. You really deserve this award.”
As an added surprise, pop star Olly Murs sent a heartfelt video message just for Isabella. He said: “Lots of grown-ups including me wouldn’t have known what to do, I wish I could give you a lovely big hug so I am going to ask your lovely mum Chelsea to give you the biggest, most humongous cuddle ever from me.”
Chelsea added: “All Isabella could do was giggle when she saw Jack and Olly talking to her, and usually she never stops talking!” She credits her daughter’s love of ambulance programmes for her rapid response, as they had never had a conversation about what to do in an emergency.
The emergency dispatcher who took the call said Isabella was better than most adults at giving her details during the 999 call. Clare Cattermole said: "She engaged really well, she was amazing and is a real credit to her mum.”