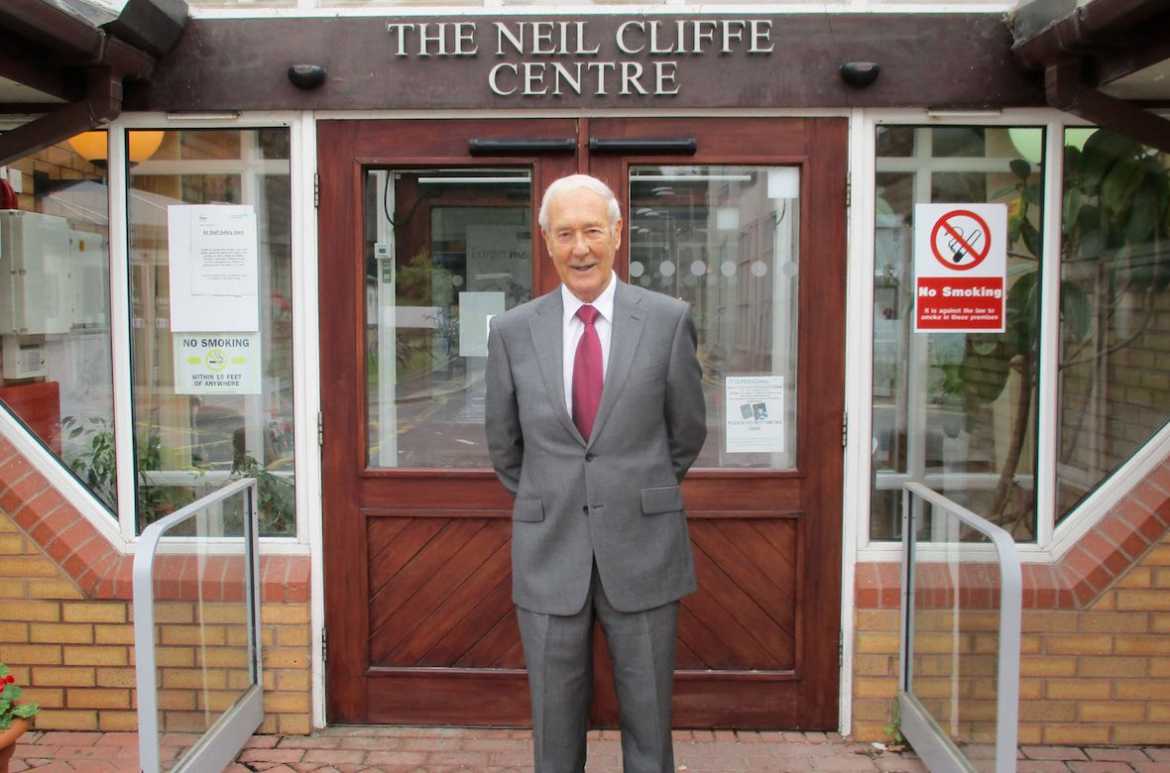 Has been fundraising and supporting cancer patients and their families for four decades, after beating the disease himself.

After being diagnosed with colon cancer at the age of 45 in 1981, Neil promised the surgeon who carried out his life-saving surgery, he would raise funds to buy an endoscope machine.

He became the first cancer patient in England to run a marathon, but it was only the start of a lifelong devotion to helping others and raising money.

He launched the Buy A Brick Appeal to raise funds to build a centre for cancer patients and their families in the grounds of Wythenshawe Hospital. After enlisting the support of Coronation Street stars and players from Manchester United and Manchester City, more than £1 million was raised.

The Neil Cliffe Centre opened in 1992 to provide holistic services including counselling, acupuncture and hair loss treatment for patients with life-limiting illnesses. It was the first unit of its kind to be built within an NHS hospital and aimed to support people right from the point of diagnosis, through treatment and beyond.

Today the centre supports thousands of people from across Manchester, and Neil, now in his 80s, continues to inspire volunteers and raise funds to keep it running. He has run more than 70 marathons and half-marathons, and has given talks at hundreds of events to raise more than £1 million.

Claire Briscoe from St Ann’s Hospice, which runs the centre, said: “Neil is such an unassuming man. He’s often said that he wants everyone to understand that there’s so much more to a person than their illness or tumour, that they have a mind and emotions and a heart, and that they need fully holistic care.”