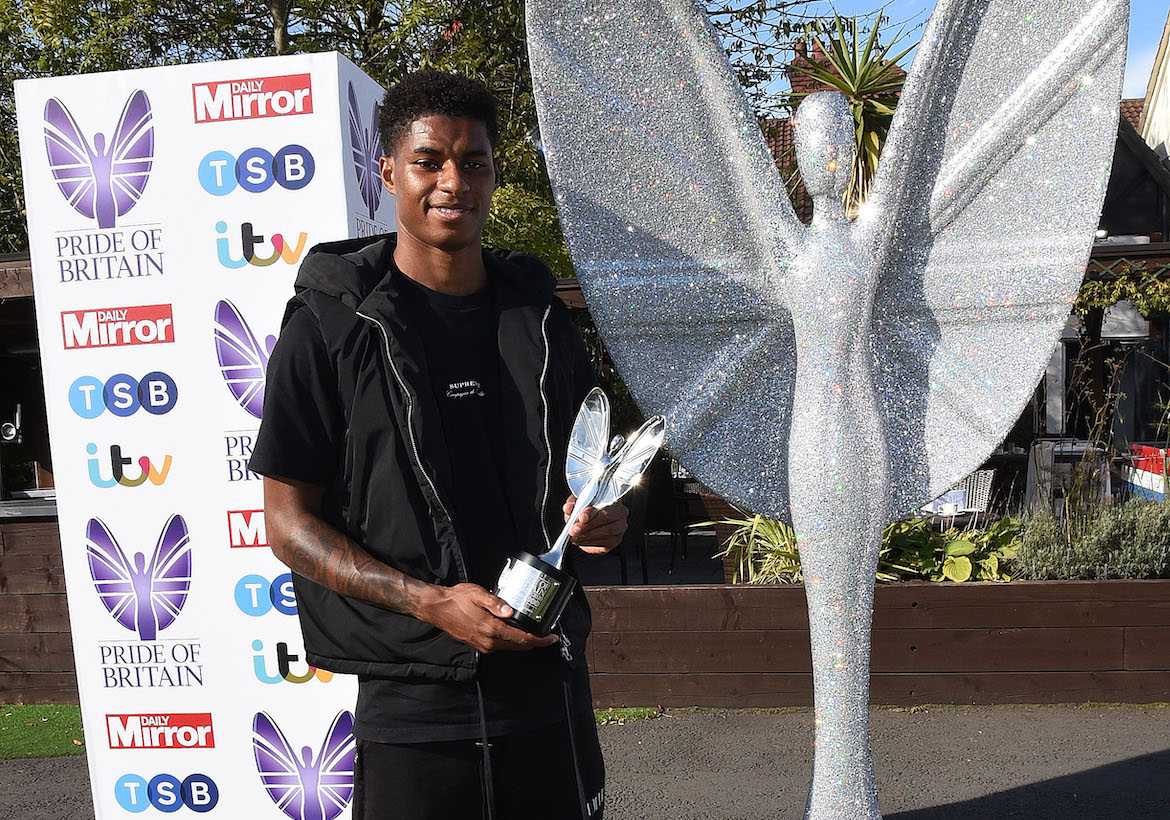 Football ace has transcended sport and inspired the whole country with his powerful stand on behalf of under-privileged children.

He has won plenty of silverware for his goalscoring exploits, but now Marcus Rashford has a trophy for his achievements off the pitch too.
The Manchester United and England star has won a Pride of Britain Special Recognition award for his remarkable campaign to stop kids going hungry.
Marcus, 22, dedicated his time in lockdown to fight on behalf of the 200,000 disadvantaged children on free school meals, and forced Boris Johnson into a u-turn over plans to end support over the summer.
Marcus, who relied on free school dinners when he was growing up in Manchester, also helped to raise £20m to feed another three million people, and is continuing to provide a powerful voice for under-privileged families.