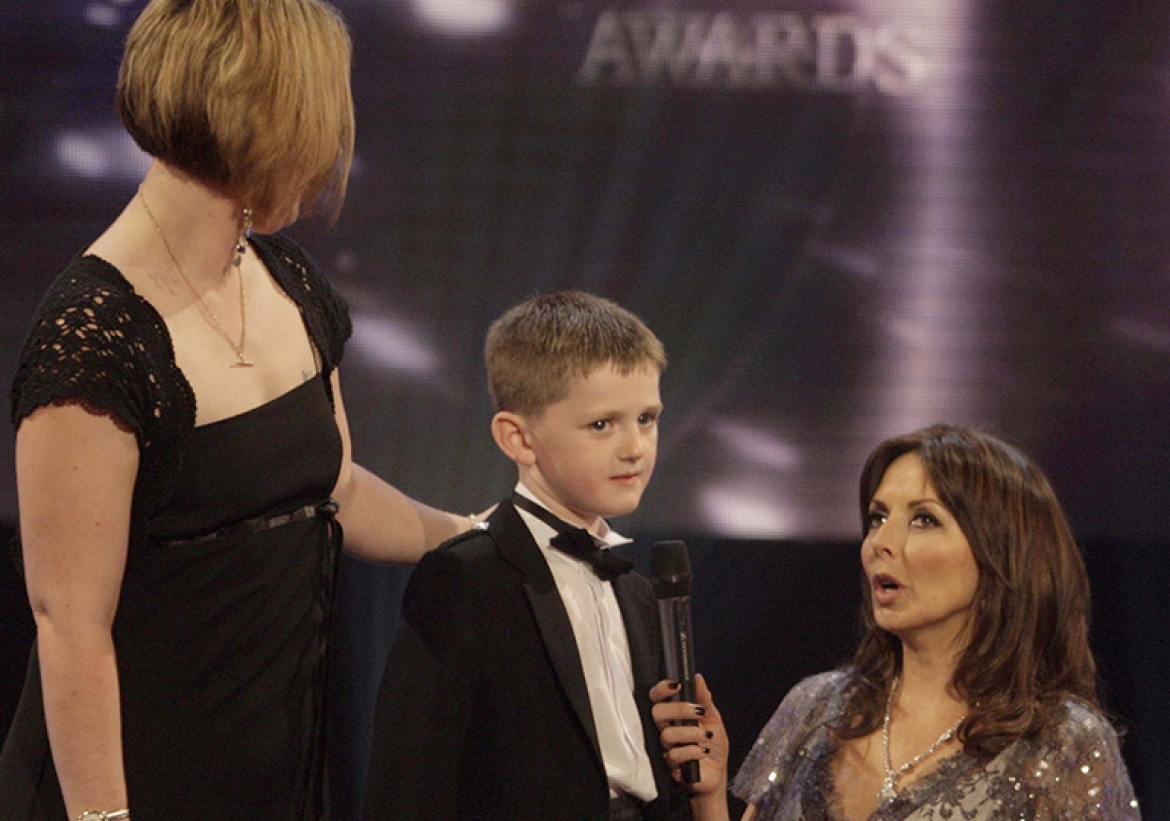 At just nine-years-old, Nathan Thomson saved his mother from a crazed attacker who broke into the family home intent on killing her.

The youngster was in his bedroom about to go to sleep when he heard a strange man's voice coming from his parent's room.

When he went to investigate he saw his terrified mum, Ena, shaking with fear as drunken Hugh Clark stood over her brandishing a large kitchen knife.

"Mum told me to be good and to go back to my room," says Nathan, "but I knew something wasn't right, so I went outside and hid behind my door."

As Nathan listened intently, Clark grabbed 34-year-old Ena from behind and began stabbing her in the head and back.

During the vicious assault she was stabbed 12 times as she desperately fought for her life.

"I peered round the corner and saw he had this big knife and was holding my mum down on the floor," Nathan recalls. "My sister Shannon came out of her room and we were both shouting at him to stop as he was hitting her, but he didn't take any notice.

"I don't remember being frightened at the time, but I knew my mum was going to die if I didn't do something.

"When I saw his arm go right up in the air I knew he was going to kill her, so I jumped on his back and pulled him off balance.

"Mum got up and ran down the stairs and Shannon ran back into her room, but the man just turned to me and punched me in the mouth."

As Ena lay on the landing fighting for her life, brave Nathan wrestled with Clark who punched him in the face three times and slashed him across the cheek.

The youngster suffered a broken jaw and needed 10 stitches for his facial injuries.

As mother and son made their escape through the back door to a neighbour's house in Rosyth, Fife, Shannon jumped to safety from her bedroom window.

Clark fled the scene but was later arrested and charged with attempted murder. The 35-year-old oil worker was subsequently jailed for eight and a half years.

Speaking during sentencing at the High Court in Glasgow, Lord Brodie said Nathan was a "very courageous young man indeed".

Dad Marc, 36, says he is proud of both his children, adding, "They did really well. Nathan is normally a quiet boy and thankfully this hasn't affected him.

I'm just thankful he was there at the time. He saved his mum's life and he'll always be very special."

Proud mum Ena says, "For such a shy boy to show courage of that sort is truly unbelievable.

"Every time I look at his cheeky face I can't help but smile, because I know he's the reason I have been able to carry on with my life. He's one in a million."