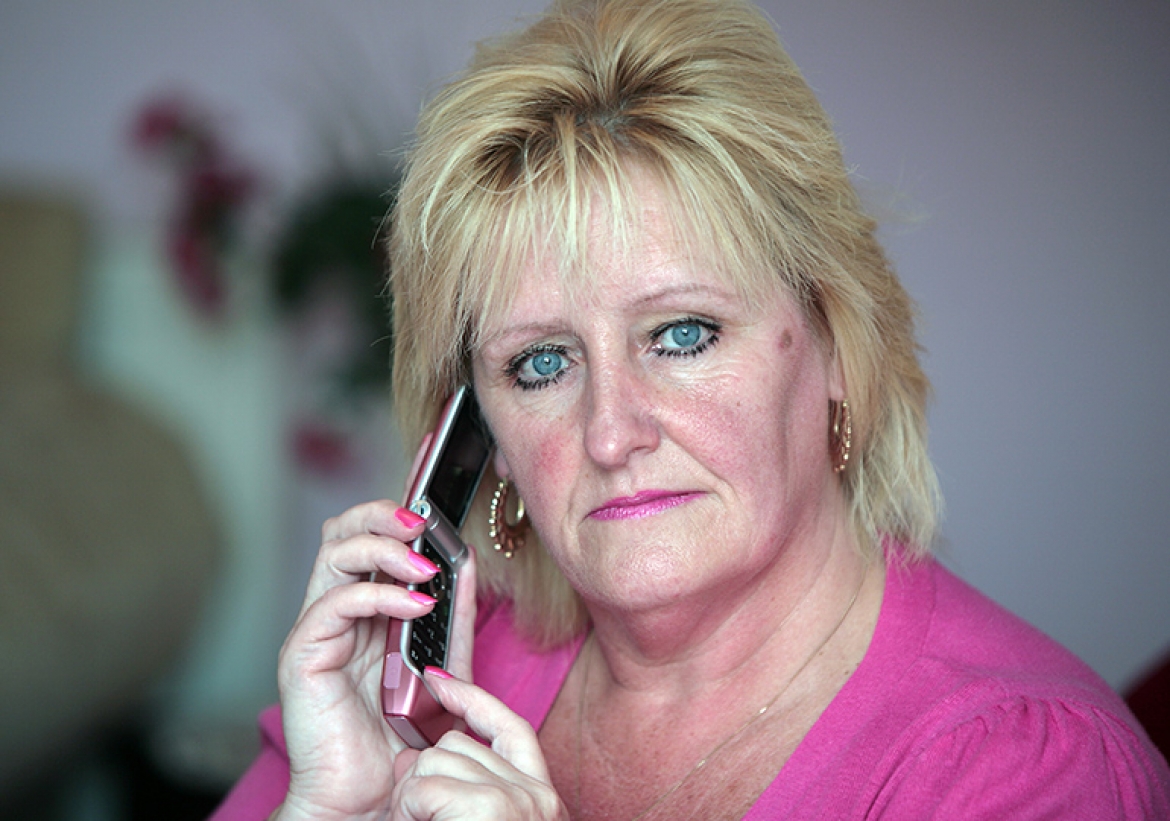 When her own sons boasted of carrying out an unprovoked assault which left a father blind in one eye, Carol Saldinack was compelled to turn them over to the police.

As she picked up the phone to make the call, trembling Carol knew that her decision would change her family life forever.

After a night out drinking together, Luke Newman, 27, and Oliver Clark, 24, carried out a brutal and vicious attack on 36-year-old Marc Parkinson, who was left with a detached retina, extensive bruising, cuts and a perforated eardrum.

Shocked by the level of violence, the mum-of-six decided she had to act. "I felt angry, appalled and sickened when I found out what they had done," says Carol. "All I could think was, 'This man might die and my sons could be killers'."

After she provided vital information towards the investigation, the pair, along with their accomplice Benjamin Hammond, 25, were arrested and charged with grievous bodily harm. The trio were jailed last May for two years.

Carol's story won the hearts of the nation and, despite being ostracised from her family and subjected to threats, the 51-year-old from Great Yarmouth, Norfolk says she has no regrets and wants others to follow her example.

"I'd urge anyone who finds themselves in this situation to search their own heart and do the right thing," she says.

"Mothers, fathers, brothers, sisters, friends – someone always knows who's responsible for things like this and they need to come forward." Even though Carol has been spurned by four of her children, including the two serving prison sentences, she remains defiant.

"Think of the victim's family and their hell," she says. "If you feel you can cope with the consequences, then speak up."

As a result of the attack in Chichester, West Sussex, Marc was unable to work and subsequently had to fold his business and sell his home to pay off mounting debts.

But the thankful father-of-two praised Carol for her brave actions which were responsible for convicting his callous attackers.

"What she did just goes to show there are still some decent people left in this country," Marc says.

"It was such a brave thing for her to do and she's a remarkable lady for standing up for what's right. If more parents did that, we'd be seeing a bigger change in our society."

"Carol has shown it takes courage to do the right thing," says Kim, "and even though it has had devastating effects on her family, in the end justice was done."