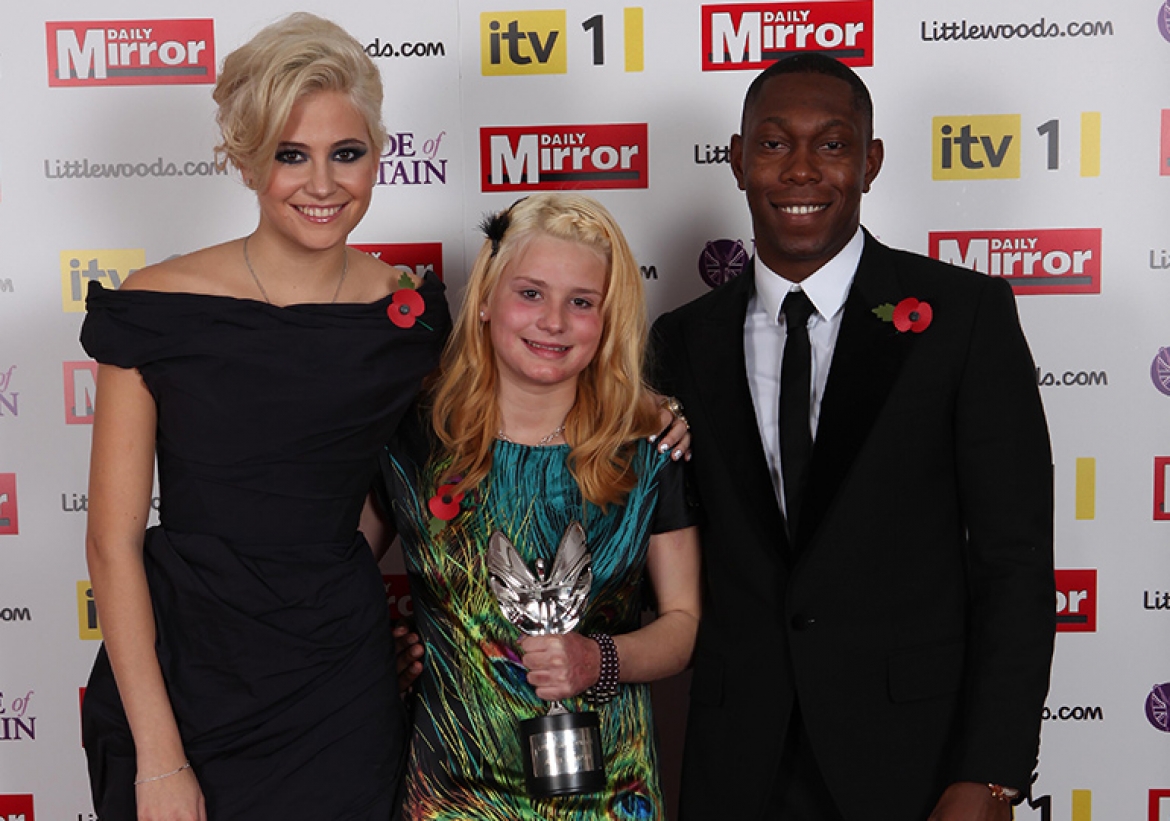 When a fire in a bin suddenly exploded in a fireball, 12-year-old Aimee reacted quickly and decisively. Without panicking, she rushed to the aid of seven children, saving at least three from serious harm.

Aimee was with 10 other youngsters, the youngest just five, helping a neighbour in a nearby street clear rubbish in April this year in Doncaster.

Aimee's friend's mother Maria filled a large bin with debris then set it on fire. Unbeknown to Maria her young son poured some toy car motor oil into the bin which caused an explosion so fierce the flames hit seven of the 11 children.

As Maria froze in shock Aimee took charge, despite suffering burns and still being ablaze herself.

"It made a massive bang then I could hear my skin sizzling," Aimee said. "I started rolling on the floor and shouting at all the other kids to do the same.

She shouted to the other children to stop, drop and roll on the floor - a technique she learned at school in fire safety training. She actually put out one terrified youngster with her own hands - seriously injuring herself. She rescued one boy who was trapped under the burning bin - kicking it away before dragging him to safety.

"I didn't think about it really, I just remembered the fire brigade telling me if you ever catch fire then you should stop, drop and roll so I kept shouting that. If they hadn't have visited my school I wouldn't have known what to do to put myself out, let alone the others.

"Some of the others were really little and they didn't know what to do. One little boy's face was on fire so I rolled him about to put him out. Then I saw

Scott under the burning barrel so ran over and pulled it off him.

She spent three weeks in hospital including four days in intensive care in an induced coma. She also underwent several skin graft operations.

"I wasn't scared at first but when I was in the ambulance I was really scared and in a lot of pain and I was asking them if I was going to die.

"I still have nightmares sometimes and I'm really nervous about fire but I'm really glad I did what I did. I like to think I was brave."

Five months on Aimee has recovered well and has since been praised for her swift actions by her local fire service.

Detective Constable Rob Cobley, who nominated Aimee, said: "When injured herself Aimee made a quick decision to help her friends which could have cost her her life."