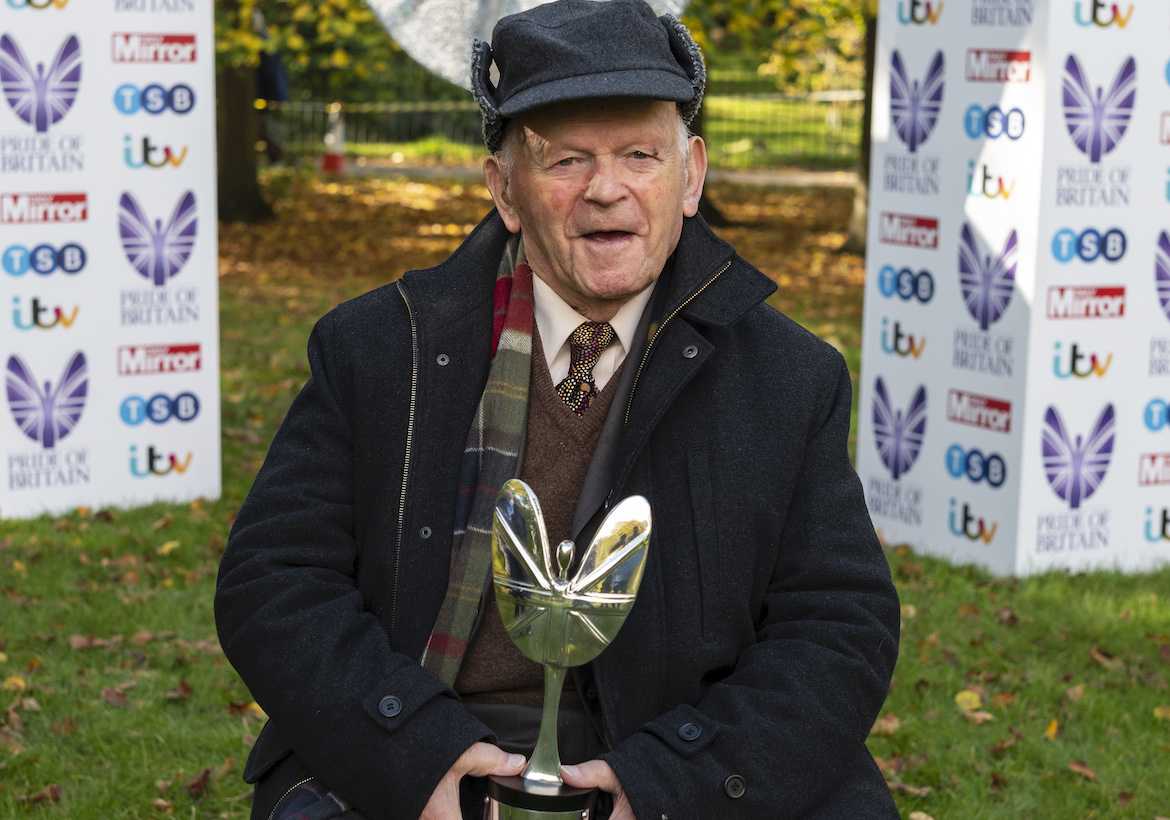 Holocaust survivor has worked tirelessly to help fellow survivors and ensure younger generations learn the lessons of the darkest period in human history.

Sir Ben, the eldest of three children, was nine when the Nazis invaded his native Poland. Amongst the horrors that followed, on 20 December 1942, his mother Sara and youngest sister Luisa, along with 558 other Jews who had been held captive in the Piotrkow ghetto, were marched to the nearby forest and shot dead.
Ben was himself later taken from the same ghetto, where he had been working as a slave labourer, to Buchenwald concentration camp in Germany. That was the last place he saw his father, who was killed in the final few days of the war.
After being liberated from Theresienstadt in May 1945, 15-year-old Ben arrived in Britain under a resettlement scheme funded by UK charity, World Jewish Relief.
He spent his first months in England in the Lake District, a period of his life that was portrayed in the acclaimed film The Windermere Boys. Ben was subsequently reunited with his sister, Mala Tribich MBE.
Just 11 years after leaving the concentration camp he represented Great Britain as a weightlifter at the 1956 Melbourne Olympics, a feat he repeated four years later, again as captain of the Olympic Weightlifting team in Rome.
His remarkable contribution to Britain runs so much deeper than representing his country as an OIympian. In 1963, he was instrumental in setting up the Holocaust Survivors ‘45 Aid Society to assist fellow survivors and those in need. He was Chairman of the charity for the next 50 years and is enormously proud of all that the 45 Aid Society and its members, his fellow survivors who came to this country with him, and their families, achieved.
Passionate about promoting community cohesion and tolerance, Sir Ben, 90, was also integral to efforts to establish a national Holocaust Memorial Day in the UK, serving as President of the Holocaust Memorial Day Trust.
He was also a member of the Holocaust Commission for the proposed development of a national Holocaust Memorial and Learning Centre in London to be built near to the Houses of Parliament
Writer and actor Stephen Fry, whose maternal grandparents were Hungarian Jews who emigrated from Slovakia to Britain, presented Sir Ben’s award. The two met in an emotional exchange made more meaningful by the choice of venue.
Sir Ben's wife Arza said: "Ben is incredibly touched and moved to be honoured in this way. He is also so humbled, that amongst so many worthy people and causes, that it was decided that he should win a Pride of Britain award.”
Son Michael added: "It was an absolute delight to meet Stephen and it was special that he felt a connection. Stephen is so much about the best of British values and qualities and it was an absolute honour that he took the time to present my father with this prestigious award and meet with all of us."