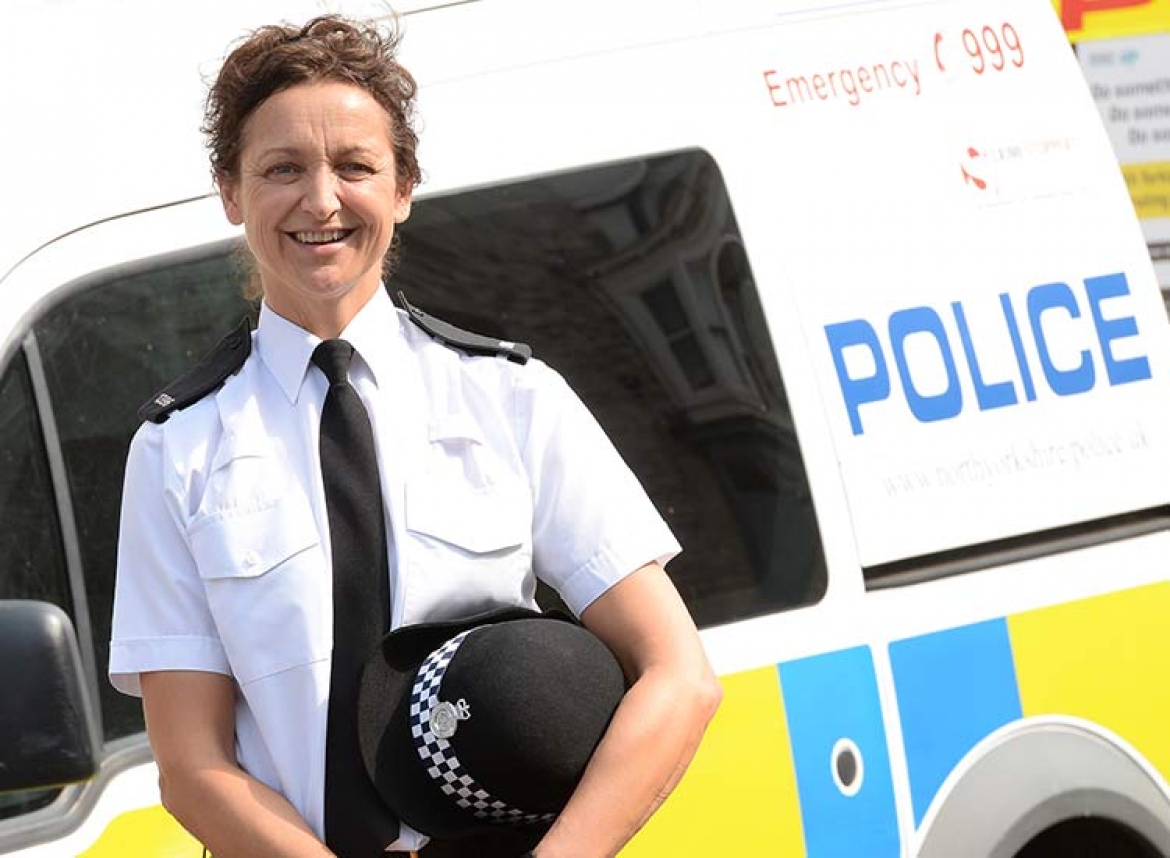 Sara Widdrington was off duty when she popped into Tesco with her son to pick up shopping for their dinner – and ended up tackling a gunman.

The mum-of-two was being served at a checkout when she looked up from her bags to see why the cashier had suddenly stopped talking.

The woman had just been chatting to Sara about her recent holiday, but now had a look of pure terror on her face.

It was then that Sara noticed a man standing behind the checkout counter, pointing a black pistol directly at the cashier’s stomach.

Sara, whose 16-year-old son Matt was at her side helping her to pack the shopping, could have simply fled the store and dialled 999.

But the 47-year-old immediately sprung into action, putting her own life on the line to protect the public.

Sara ran around the checkout counter and seized hold of the gunman’s arm as the petrified cashier printed for the exit.

Sara recalls: “I grabbed the man’s arm and pushed it towards the floor, so the gun was pointing down.

“As I held his arm, I could feel how heavy the gun was and thought: ‘Oh my God, this isn’t a fake, it’s real!’

“I said to him: ‘What are you doing? Come on, give me the gun,’ hoping he would break down and tell me how sorry he was, but he said to me: ‘Get off, it’s loaded.’

“I looked up at Matt, who was staring at me in shock. I told him to leave the shop, but he stayed rooted to the spot.”

When the man demanded Sara get him £500 cash from the till, she assured him he would get the money in an attempt to keep him calm.

She says: “I told him we’d get him the money. I was talking quietly to try and calm the situation. As I stood there wrestling with his arms, I could see out of the corner of my eye other shoppers running out the shop.

“It was so surreal. I know I’m a police officer, but I don’t think of myself as brave and my knees were haking. I was terrified.”

After Sara had grappled with the man for five minutes, she managed to knock him to the floor with the help of store manager David Keough, and the the gun was prised out of his hand.

Sara then sat on top of the man, restraining him until police arrived shortly afterwards at the store in Scarborough, North Yorkshire.

She says: “Matt was furious with me. He kept telling me how stupid I was for doing what I did. That made me think – as a mum, maybe I shouldn’t have jumped in.

“When you’re off duty there is an expectation that you will step in if you see somebody shoplifting, or somebody being assaulted, but we’re not expected to do anything that will put us in danger. I hope it never happens again, because I’m not sure I’d do the same!”

Gunman Robert Vogan pleaded guilty to attempted robbery in April 2013 and was detained under the Mental Health Act. His gun was found to be an air pistol, but experts said it could only be distinguished from a real firearm by forensic inspection.

The actions of PC Widdrington are truly commendable. She showed real courage and dedication.

View the embedded image gallery online at:
https://prideofbritain.com/history/2018/sara-widdrington#sigProId408e1766c6
Tagged under