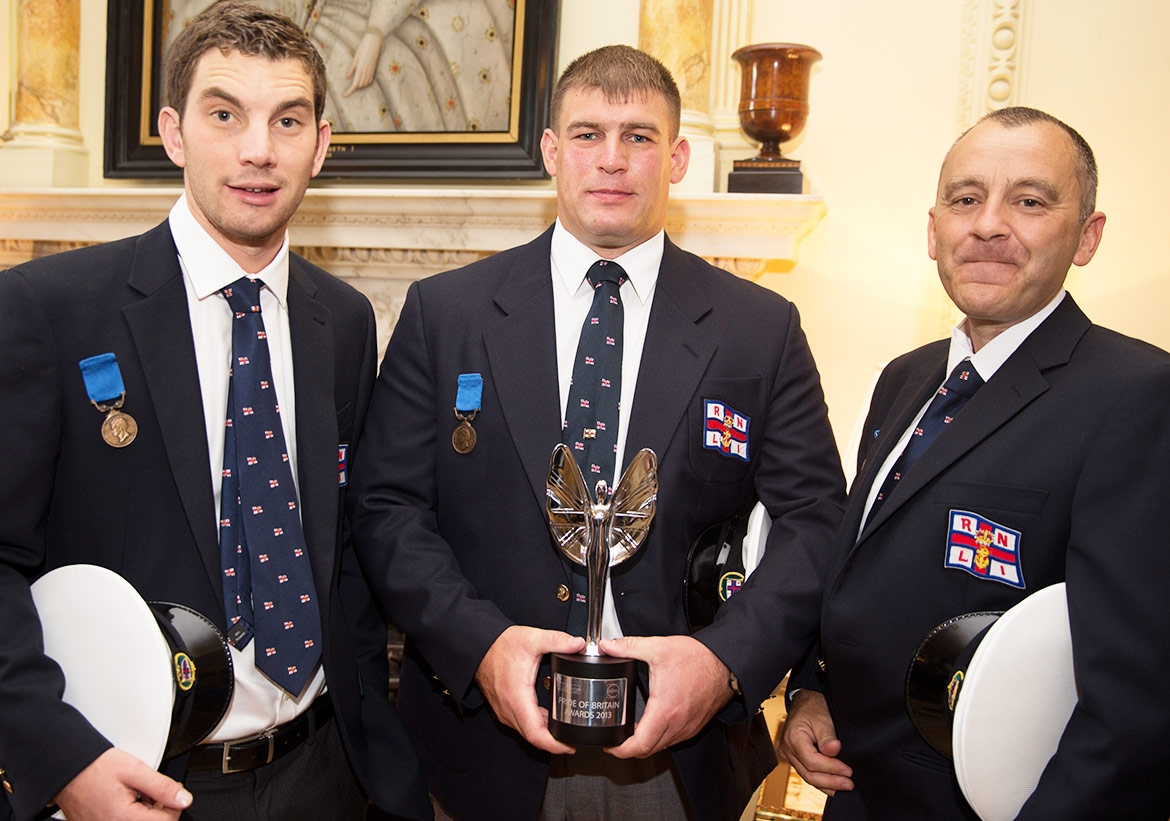 This team of volunteers braved treacherous, life threatening conditions to save the life of a woman swept away by fast-flowing flood waters.

Vanessa Glover, 46, was caught in the floods in Devon as she drove home two nights before Christmas with her husband Paul and son Silas, 7.

Their car was suddenly swept off the road and pushed into a hedge by surging water after the raging River Taw broke its banks.

Paul and Silas managed to escape onto the roof of the car, where they were later rescued by firefighters.  But Vanessa was pulled from her husband's arms by the torrent and swept across a flooded field.  She managed to grab on to a tree and clung on desperately as hundreds of tons of fast-flowing icy water threatened to drag her away.

The RNLI Flood Rescue Team arrived on the scene but in darkness and heavy rain, they faced a dangerous race against time to find her.

With only the light from their head torches for guidance they manoeuvred their small inflatable boat around submerged trees and houses against raging currents, dodging debris above and below the surface that could have capsized them.

Had they lost control of the vessel, they would have been swept downstream and dashed against a stone bridge.

Despite the conditions the crew - Paul Eastment, 46, Chris Missen, 26, and Martin Blaker-Rowe, 34 - managed to locate Vanessa and hauled her to safety.

She said of her rescuers: "You gave me the gift of life and the joy of knowing that Santa called on my son at Christmas.  I will hold you in my heart forever.  Thank you for saving my life."