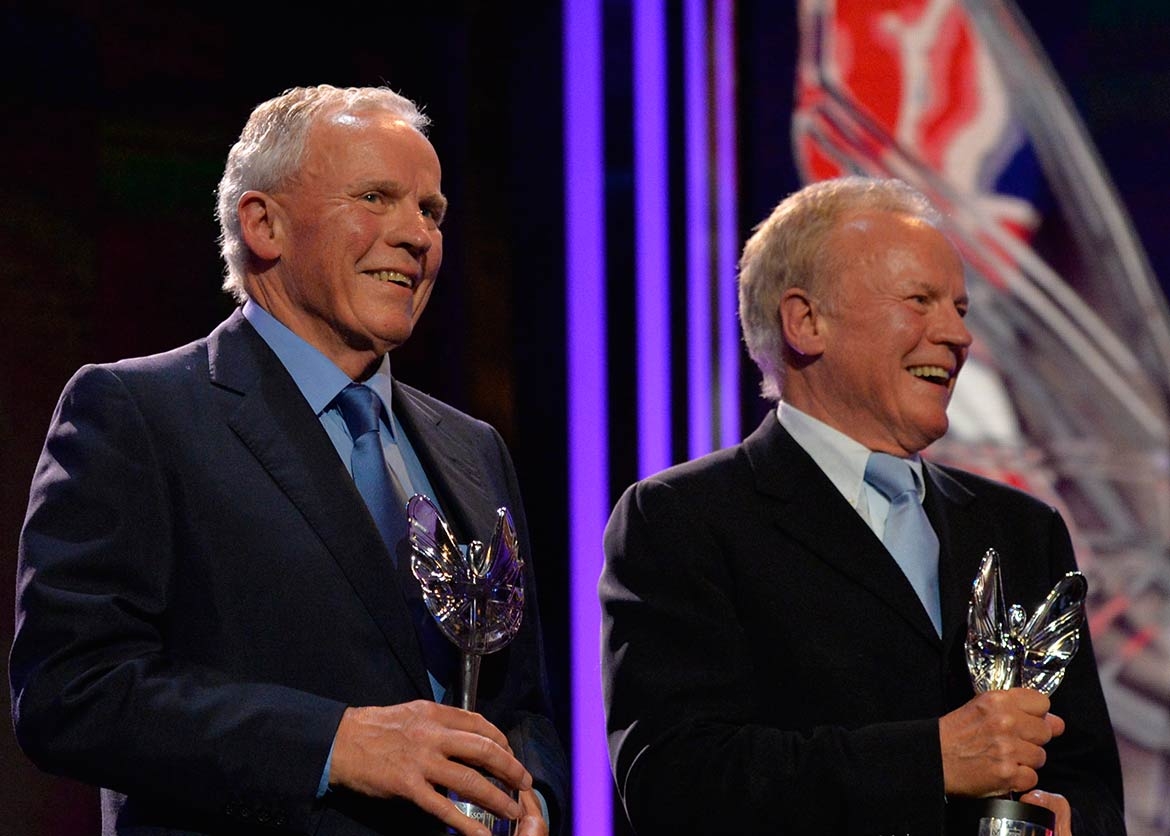 Inspired by doctors who saved their lives as teenagers, identical twins Ray and Trevor Powles embarked on medical careers of their own that would see them transform cancer treatment.

For more than 50 years, the brothers have been at the forefront of the fight against cancer, pioneering life-saving treatments for breast cancer and leukaemia, giving hope to millions of people.

Ray and Trevor, who are now 75, were just 18 when they survived tuberculosis and decided to dedicate their lives to medicine.

Trevor pioneered the use of a revolutionary breast cancer prevention drug, significantly reducing the number of women forced to have mastectomies.  He led the world's first trial using tamoxifen in 1986.

Trevor, who is a patron of Breast Cancer Care, and a trustee of Breakthrough Breast Cancer and the Breast Cancer Research Trust, said: "Results showed we could reduce breast cancer risk by about 50%."

In 1990 he was made head of the breast cancer care unit at the Institute of Cancer Research and led further trials proving the risk of breast cancer can be substantially reduced.  Brother Ray said: "I was so proud of Trevor when he received the Brinker Prize in 2005 at the US San Antonio Breast Cancer Meeting.  It's regarded as the highest distinction worldwide."

Ray, who also set up and ran on e of the largest and most innovative blood cancer units worldwide at the Royal Marsden Hospital in London, said: "I was a young houseman on the Leukaemia Unit at Barts in 1965 at a time when all patients, even the children, died.  When hope appeared it could be beaten.  I wanted to be part of that.

"We changed the face of myeloma treatment with the world's first bone marrow stem cell transplant in 1983 - a treatment that remains the cornerstone of standard treatment for this disease.

Proud Trevor said: "It was absolutely incredible.  To wipe someone's bone marrow out and then be able to give it back, was miraculous to me."

After retiring from the NHS at 65, the twins opened clinics at a cancer centre in Wimbledon, where they are still working.

Trevor said: "It was an enormous  wrench to leave.  But we just reinvented ourselves at the clinic."

The brothers, who each have two sons who are also doctors, were made CBEs in 2002 for their services to medicine.

When Trevor and Ray began their careers, they knew they couldn't cure cancer alone.

But it is thanks to the vision, knowledge and relentless determination of these remarkable twins that treatment  for these cancers is no longer out of reach.

A cancer diagnosis always used to be an automatic death sentence.  Thanks in no small part to their groundbreaking work over the past 50 years, that's no longer the case and more and more people are suriving each day.The Judges