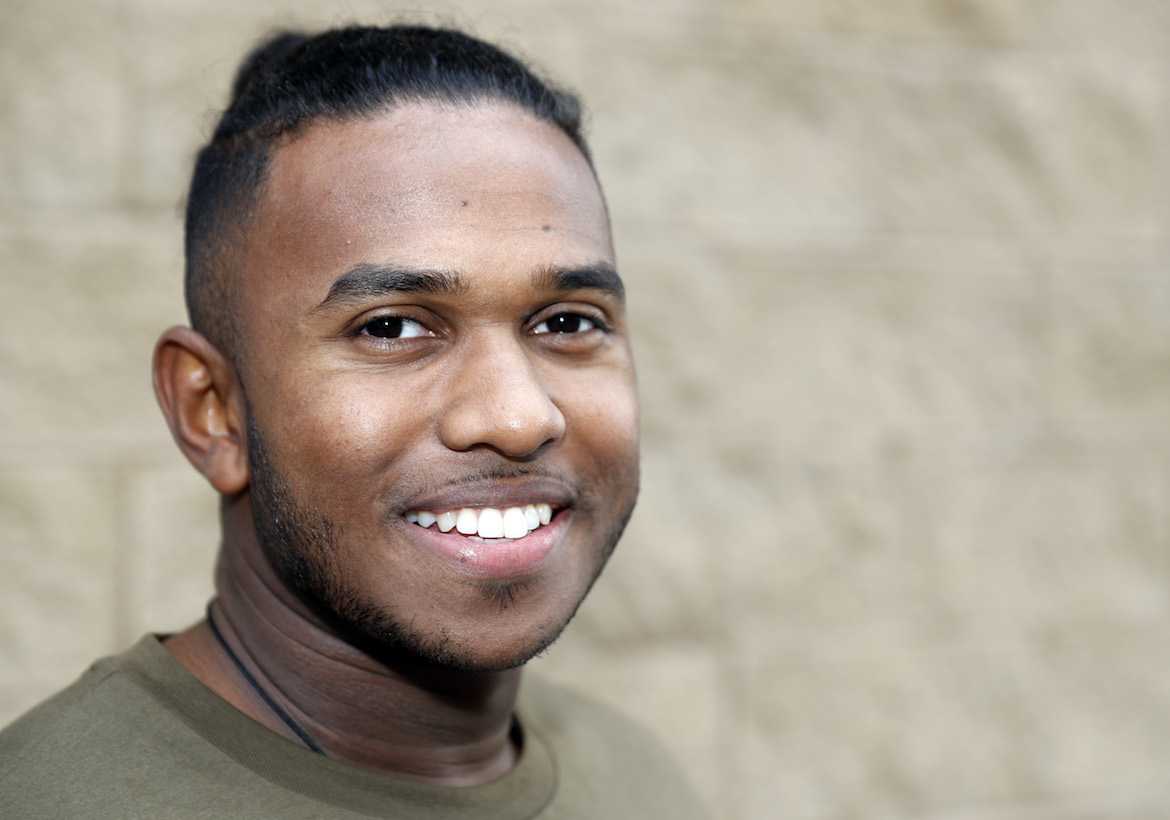 After the deaths of three friends, the former gang member turned his life around to help and inspire others

Growing up in an area of London where gun and knife crime were a way of life, Omar became involved in a gang when he was 16 years old.
But when three of his friends died as a result of knife crime, it was a horrifying wake-up call and Omar knew things needed to change.
And now, with help from The Prince’s Trust, he has turned his life around to help deter other youngsters from following the same destructive path.
Omar, 26, says rebuilding his life after leaving the gang was a challenge. He defied pressure from fellow gang members and moved to a different part of London for a fresh start. He set up his own business but struggled to keep it afloat and found himself on the streets.
He says: “I was selling health products door to door, but it didn’t work out and I ended up homeless.”
Omar moved to Coventry, where he applied unsuccessfully for 50 jobs and plunged into depression. At his lowest ebb, Omar heard about Team – a Prince’s Trust programme to help 16 to 25-year-olds develop skills that will help them find work.
He was sceptical about joining up, but soon started to feel empowered. Recalling his first days on the programme, he says: “I was unsure about committing to it. But The Prince’s Trust treated me like an equal and believed in me. I also think the team element, like belonging to a family, is important. I started to feel that, ‘actually, this is making me more confident and positive’.”
Omar demonstrated strong leadership skills and, after the  12-week programme finished, started working with young teenagers who needed help getting back on the right track.
“I wanted to show these young people there were more positive choices out there,” says Omar.
“Young people can often feel lost and unsure of what to do, and The Prince’s Trust can help to guide those people.”
Omar’s new-found confidence and sense of purpose had a ripple effect on other areas of his life.
Inspired by his positive attitude and energy, people started asking him for advice on how to lead a happier, healthier life. Omar decided to become a personal trainer so he could help and motivate others. He says: “I decided to qualify as a fitness coach so I could share my passion for getting fit and what it can do for your mental state.”
Alongside his personal training, Omar is an interpersonal skills coach and motivational speaker who goes into schools and prisons to inspire young people with his experiences. He also goes into businesses to train employees to perform better and overcome any potential obstacles.
Through sharing his own struggles Omar highlights that, with help, a route can be found to a more fulfilling and happier reality.