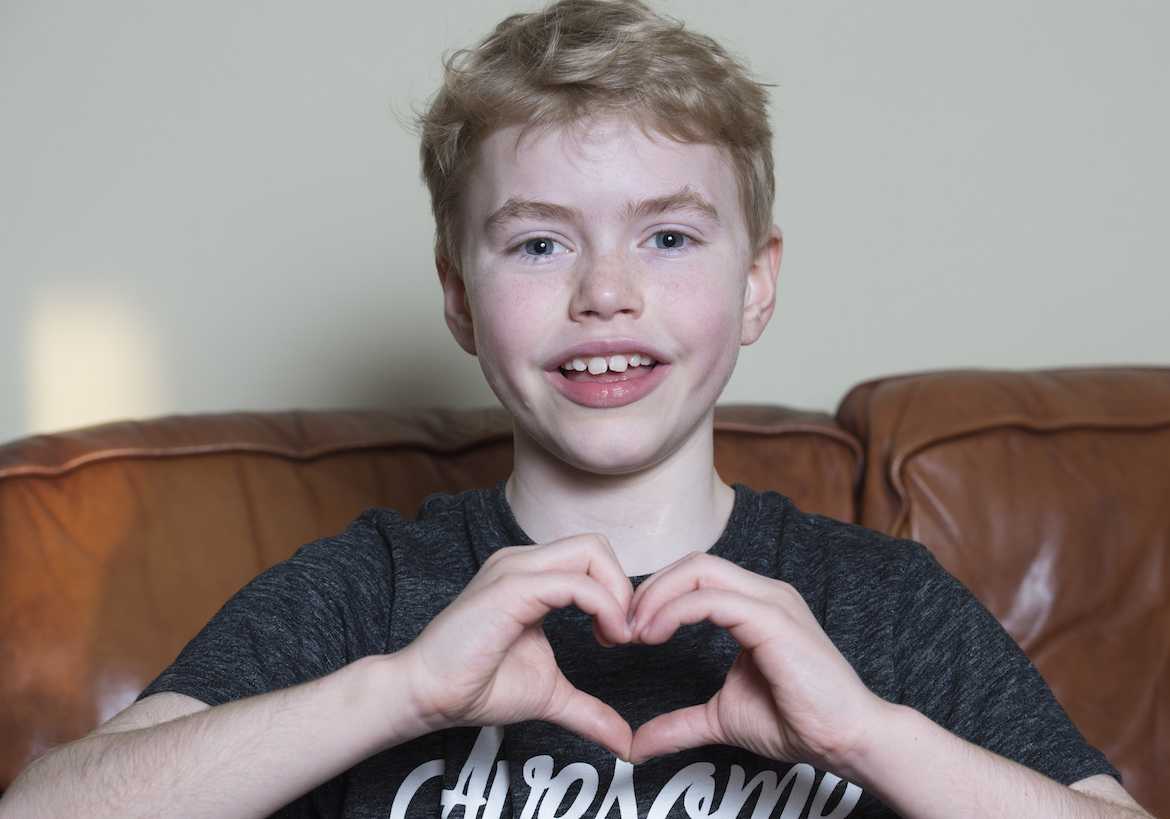 Heart transplant patient was instrumental in changing organ donation rules. Max’s Law will save up to 700 lives a year

Max was eight when he was diagnosed with dilated cardiomyopathy, a crippling disease that affects the heart muscle.
Doctors implanted an electric pump to keep him alive in the short term, but told his parents the previously healthy schoolboy would die without a transplant.
Mum Emma, 48, from Cheshire, says: “It was in 2016 Max started to show signs he wasn’t very well, but we didn’t know what was wrong. Doctors thought it was asthma – he was coughing and lost weight.”
As Max deteriorated, the condition was diagnosed and he was sent to the Freeman Hospital in Newcastle, home to one of Britain’s leading transplant units, where he was placed on the urgent transplant list.
Emma says: “It was absolutely awful. To be told it was asthma at first, to then be taken into a side room and told it was his heart and he had a third of a chance of getting better, a third of a chance of needing a heart transplant and a third of a chance of dying. It was horrendous.”
Max was on the list from January until August 2017. During that time he decided to share his story and support a campaign in favour of an opt-out donation system, so consent to donate organs is presumed.
Dad Paul, 45, says: “Max put a very compelling personal front to the campaign. To him, it’s a black and white viewpoint. His opinion was ‘why wouldn’t I want to help?’. Max knew five children in the same position who did not make it. To be faced with his mortality and that of other children at such a young age can have a profound impact.
“So he wanted to be a part of it if it could stop it from happening. I feel unbelievably proud of him.”
By August last year, Max was desperately ill.
Emma adds: “By this point, his heart was so enlarged you could see it beating through his chest. His resting heart rate was very fast.
“His sternum bone became deformed because his heart became so big, it pushed it out. It shows you how much pressure was going on inside his chest.”
Then they were told that a heart was available. Keira Ball, nine, had died in a crash that left her mother seriously injured. Her father gave consent for her heart to be donated.
Max had his lifesaving transplant last August and, as he recovered, continued to campaign. Thousands of people signed a petition backing the change, and MPs passed a Private Members’ Bill in February.
In August, Prime Minister Theresa May declared that Max’s Law will be on the statute books by 2020.
She told him: “When I read your inspirational story, I knew I had to act to change the organ donation rules. While it will have to have a bit of a boring title when it goes through Parliament, I and my government will call it Max’s Law.”