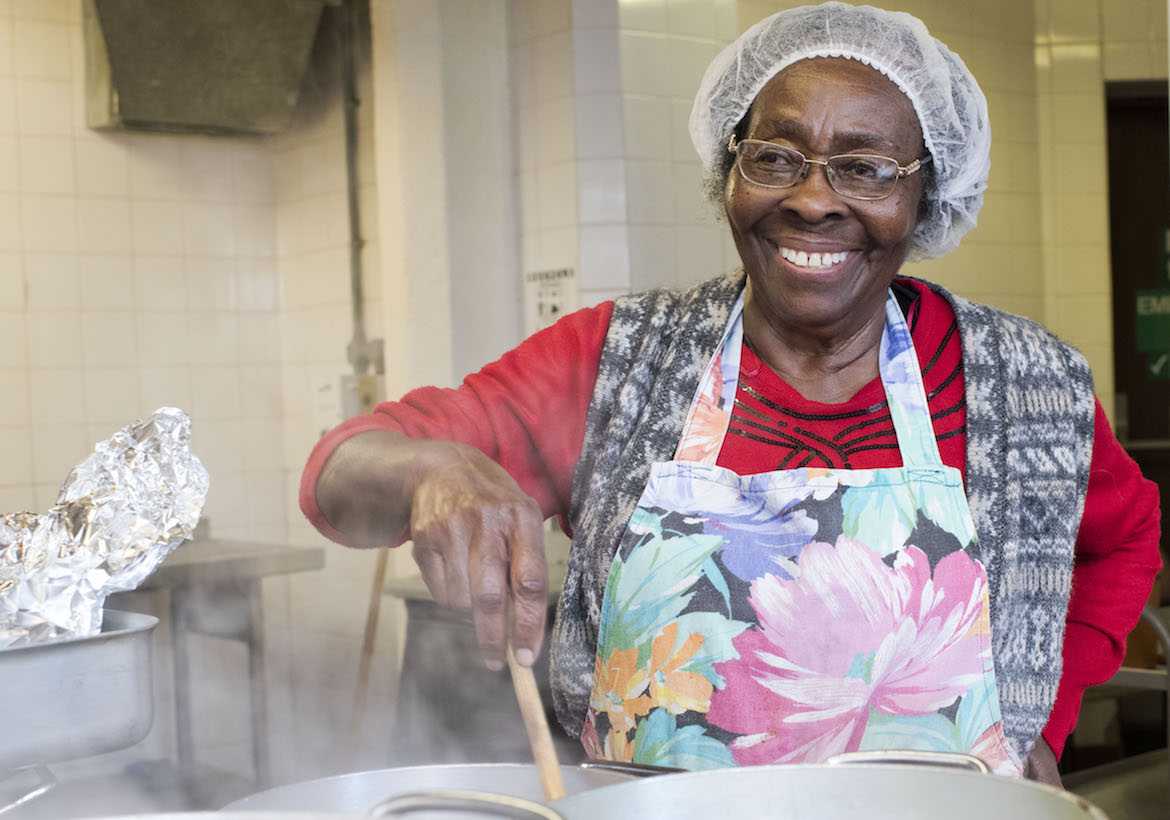 The pensioner has run Oxford Community Soup Kitchen for 28 years, providing food, clothes and comfort to those in need

Icolyn was walking home from work when she saw a homeless man rummaging in bins for food. The heartbreaking sight stopped her in her tracks.
Witnessing such desperation “sparked something” in the mum of five and, in that moment, the Oxford Community Soup Kitchen was born.
Nearly 30 years on, the kitchen  has served up 45,000 nourishing home-cooked meals to those in need, and Icolyn is still the driving force behind the community lifeline.
Her son Gary, 51, reveals that his mum’s altruistic roots stretch right back to her childhood growing up in rural Jamaica. He says: “It started when she was a little girl. She would cook for her teachers and different families in the village.”
After Icolyn moved to the UK in 1965 and settled in Oxford, she continued to help other families.
Gary recalls: “Even when I was going to school, I’d come home and there’d be someone in the kitchen. It would be someone that needed feeding or needed help.”
Icolyn’s passion for tackling poverty grew from her kitchen table to a thriving community centre when, in 1989, she saw that lonely figure hunting through bins. As she watched, she thought, ‘I have to do something’. Shortly afterwards she set up the Oxford Community Soup Kitchen at the Asian Culture Centre.
“The first week a few people came in, the week after it was 60 and the week after it was a hundred – and it just increased,” says Gary.
Individuals, churches and local businesses made donations, but Icolyn faced a constant struggle to keep the kitchen open. Thanks to her hard work, the centre survived and, in 2013, the initiative became a charity called the Icolyn Smith Foundation.
Icolyn, known affectionately as Ma Smith, still runs the soup kitchen, with no plans to retire.
It is open twice a week all year round and provides three-course meals for vulnerable members of the community, as well as handing out essentials for the homeless, such as sleeping bags, shoes and clothing.
It’s estimated Icolyn has served up 45,000 meals and her selfless efforts have helped to save lives.
“We’ve had people who were ready to commit suicide come here and it’s changed their lives,” says Gary, who volunteers every week alongside his mum. Icolyn adds: “It’s our job to keep them alive and to make sure they have somewhere to go and someone to talk to, so they can live a normal life just like any one of us.”