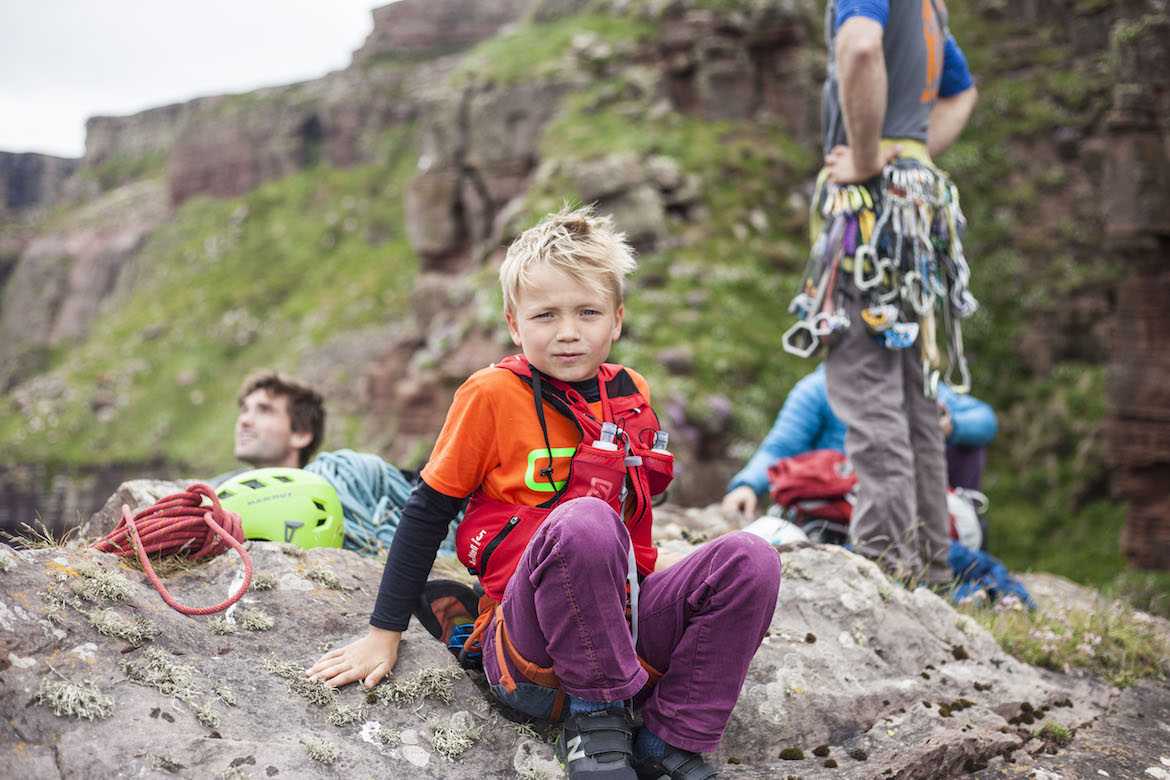 The young climber scaled the Old Man of Hoy for his  terminally-ill mum, raising £35,000 for a cancer charity

Hidden on top of the Old Man of Hoy, the iconic rock stack off the Orkney coastline is a small box. And tucked inside is a metal card engraved with the words: “I did this for my mum and Climbers Against Cancer.”
Edward placed the plaque inside the box when, in May, he became the youngest person to scale the towering 449ft stone column.
He was inspired to  tackle the incredible charity challenge for  his terminally-ill  mum, Bekki.
The idea took shape during family holidays in Orkney. They loved exploring remote beaches, taking dips in the sea and rambling in the forest. On a clear day, they could see the Old Man of Hoy. So when Edward, a keen climber, heard a 10-year-old boy had become the youngest person to climb it, he wondered whether  he could beat the record.
His mum Bekki had been living with breast cancer for as long as Edward and his brother George, 11, could remember. And, over the course of the previous year, it had spread and become terminal.
Edward decided to plough his energy into something positive and pledged to climb the Old Man of  Hoy as a tribute to Bekki and to fundraise for Climbing Against Cancer. “I wish there was a cure for cancer, some medicine to make people better, so I wanted to raise money for a charity,” he says.
Dad Nathan, 46, says: “I can’t put into words how much it meant to Bekki. She was going to miss out on everything else in his life, his girlfriends, university, his first job, so this was something incredible she could be part of and witness.”
Edward, from Gloucestershire, who has been climbing since he was three, started training twice a week at a climbing centre in Bristol.
Bekki supported him “with gusto”, cheering him on as he scaled rock faces.
Despite fears she would not live to see the climb, on June 8, on a clear, bright day, Bekki watched her son’s incredible ascent from a ferry on the sparkling waters below.
He completed the feat in four and a half hours, raising £35,000.
Bekki passed away at home three months later, on August 30.
Nathan says Edward’s feat lit up her final weeks. “It meant the world to her,” he says. “Bekki loved the outdoors and she wanted the boys to be part of that and see the beauty all around them. It was an absolutely special thing for all of us and I’m so proud of him.”