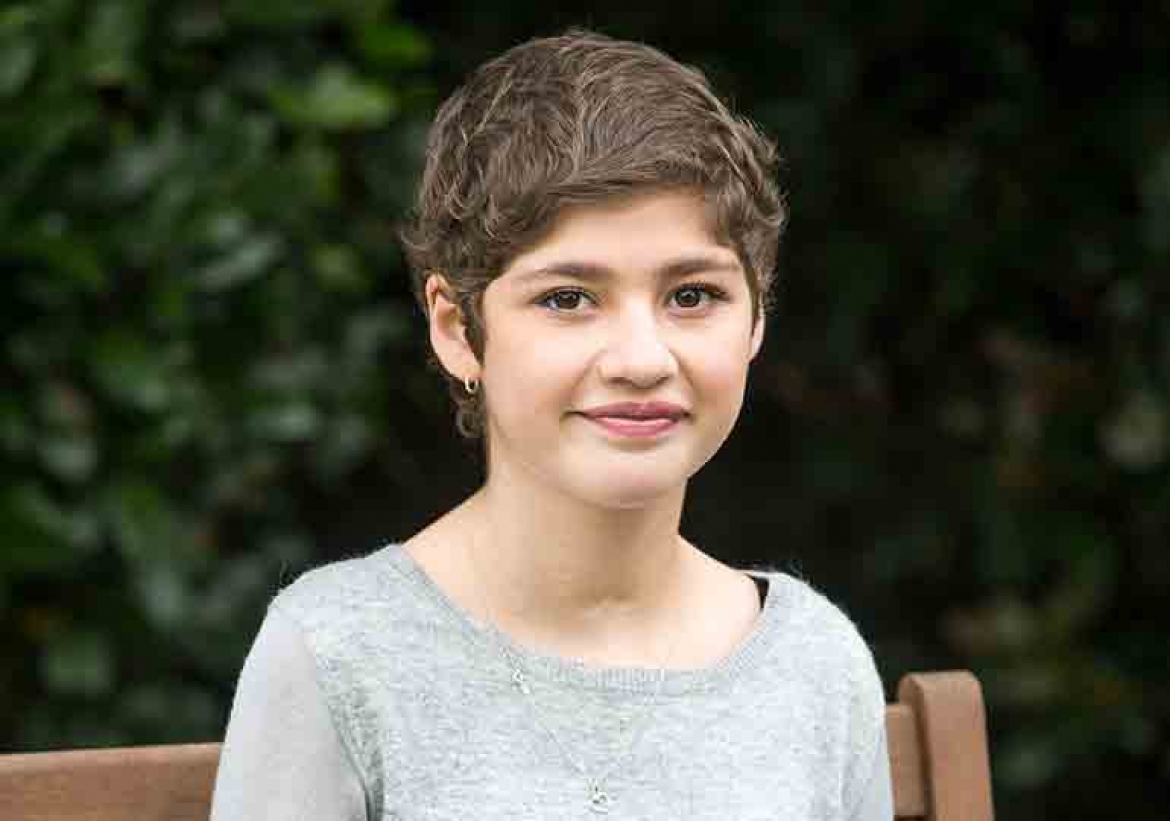 The bright teenager has survived a heart transplant, kidney transplant and tumours on her spine and brain.

She has been moments from death and her parents have even been told there was no hope for her, but through it all Cissy has continued to live life to the full while also inspiring others and raising thousands for charity.

Cissy was diagnosed with a heart condition in the womb. Parents Jo, 56, and Vas, 58, were told by doctors it was not a condition that could be corrected – merely managed.

In 2001 Cissy had open heart surgery and within two weeks was back home and running around the local park.

All seemed well, but Jo knew Cissy would need more treatment when she was older.

And by the time Cissy was nine, Jo says, “she had started to deteriorate. Her lips were turning blue and her energy was down.”

Cissy underwent 12-hour heart surgery, but complications arose. Her parents were warned she may not survive as she spent six days on life support after going into cardiac arrest.

However, Cissy would not give up and neither would the doctors, performing a second heart operation.

Her heart started beating on its own, but it was not strong enough and doctors said a transplant was her only hope. Newcastle’s Freeman Hospital carried out the procedure.

It saved her life, but by now her kidneys had started failing, and nerve damage suffered while she was waiting for the transplant had left her confined to a wheelchair.

In 2012, mum Jo donated one of her kidneys to Cissy. Thanks to physiotherapy, she started to walk again and the family felt that life could finally start getting back to normal.

However, things once again took a turn for the worse when Cissy began feeling ill while on holiday in Turkey.

Jo says: “We were told bluntly that she had a brain tumour. I thought, ‘Why Cissy?’ She’d been through so much.”

Further tests revealed that Cissy was also suffering tumours on her spine. Once home, she immediately had treatment for them.
Despite everything, Cissy still thought of helping others.

Before losing her long hair to radiotherapy, she decided she wanted to shave it off and donate her locks to The Little Princess Trust, which provides wigs to children who have lost their hair for medical reasons.

And by inspiring two of her friends to join her sponsored head shave, she raised £13,000 for the Freeman Hospital and for Evelina London Children’s Hospital.

Cissy has also been writing a blog about her conditions to give other sick youngsters hope that illness can be overcome.

Her blog has been a source of inspiration to hundreds of people and has generated dozens of donations to Evelina Hospital.

She is now doing well and we live each day without planning too far ahead. Cissy wants to inspire and support others. She is philosophical and positive. She wants her story to show how people can live a good life no matter what is thrown at them.