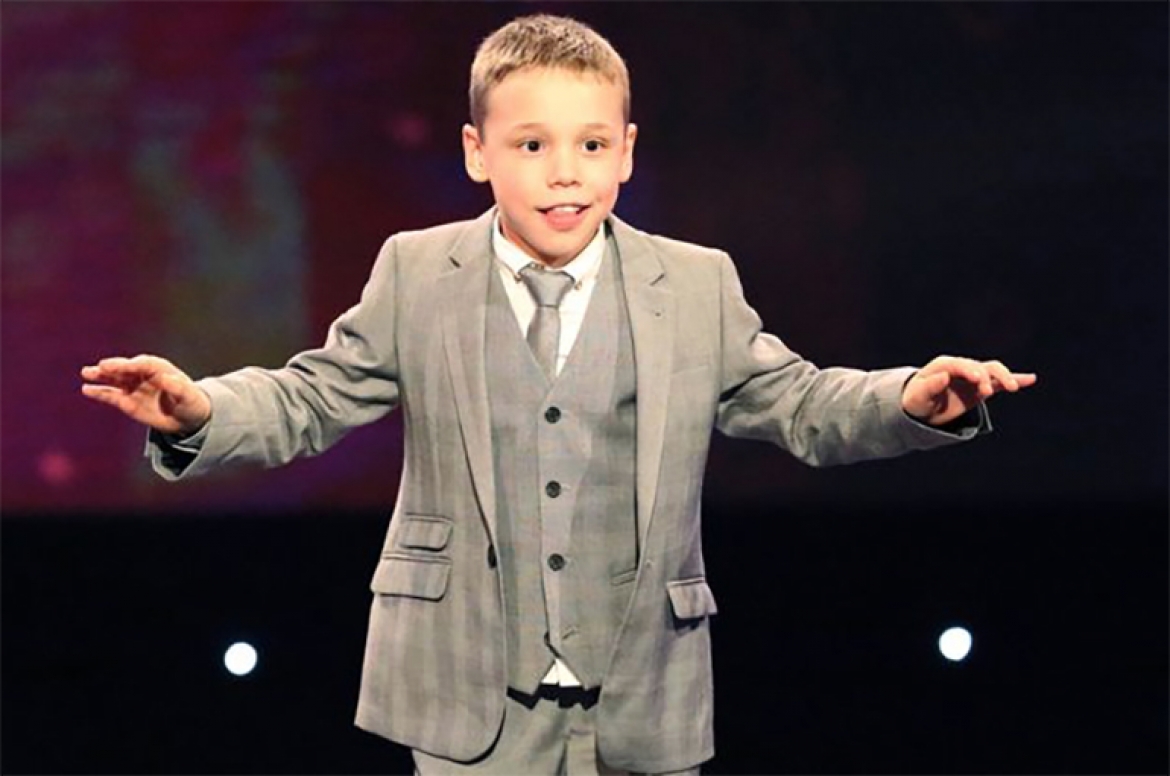 When 8-year old Bailey Matthews took to the stage at last year’s Pride of Britain Awards he literally stole the show.

His special brand of enthusiasm, humour and confidence was such a crowd pleaser that his ‘Be more Bailey’ mantra trended across twitter and led to a huge following. Simon Cowell said at the awards, “If the world was more Bailey it would be a better place", and this sentiment was echoed across the country.

Bailey was diagnosed with the neurological condition cerebral palsy when he was 18 months old. When a video of him crossing the finish line at the Castle Howard Triathlon in Yorkshire went viral he became an online celebrity amassing 839,000 YouTube views in just 7 months.

So, what did Bailey do next? First up he was the proud recipient of the BBC Sports Personality of the Year Helen Rollason Award for outstanding achievement in the face of adversity. He then set himself a bold challenge – to complete all five of the Castle Triathlon series races in 2016. He successfully completed the Lough Cutra Castle Triathlon in May, followed by the Cholmendeley Castle Triathlon in June and today marks his return one year on to the Castle Howard Triathlon where he won the heart of the nation with his determination to succeed. In August he’ll take on the might of the Chateau de Chantilly Triathlon across the Channel followed by the world’s largest children’s triathlon at Hever Castle in September.

His dedicated parents Julie and Jonathan and big brother Finlay (10) are always on hand to cheer him on and encourage him along the way, giving him the motivation and drive to always try his very best. They want every child to have the opportunity to shine and to take part in sporting activities regardless of any disability that may have overshadowed their progress. So, when Bailey was invited to spearhead the family challenge in Derby by the Jenson Button Trust and triathlon event organisers, HUUB Events they were thrilled. The Be More Bailey Triathlon is a celebration of achievement. There are no timings, no personal bests – there is just a goal to finish the race. Adults and children compete together to achieve something exciting and challenging as a family.

For mum Julie this was a perfect event, she told us “We just thought it would be lovely to do something that enabled disabled children to compete alongside other children”. She continued “If children are around disabled people at an early age it teaches them acceptance, and for the disabled child it shows them that they are just the same as everyone else. “

She added “The wonderful thing about Bailey’s first race at Castle Howard was when the children who had completed the course went and got their bikes, then they rode back to the children who were still competing. They cheered for them and encouraged them to finish. It was a wonderful moment of acceptance and inclusion. As a mum this is what I wanted. So we see the creation of the Be More Bailey event as an extension to this ethos - to encourage more of this behaviour, to highlight inclusion ”. The triathlon looks set to become an annual fixture in the sporting calendar, which is fantastic news for Bailey and everyone who supports him along the way.

Bailey says of the event "It isn't a triathlon just for children with disabilities it is for every child" and his proud Dad Jonathan added "It's quite overwhelming because originally when he did his triathlon, it was just a family day out. His outlook on life is very positive. If he gets down about being disabled, he keeps it to himself. I think that's what he's doing with this. He wants to help other children and help give them the confidence that he's got."

Bailey often gets stopped in the street by passers-by keen to shake his hand and congratulate him on his inspirational story, but he takes it all in his stride. He was thrilled to be surprised by David Walliams for his Pride of Britain nomination because he loves reading his books but he says that he didn’t know who David Beckham was and told the former England captain that he wasn’t keen on football!

Bailey has a wonderful school that embraces his disability. Parents have told Julie that they feel ‘lucky’ to have Bailey in their class because their own children have benefited from his positive attitude to disability. They feel that their children will now go on to be adults who are more aware of other people and their struggles.

Julie and Jonathan often receive letters saying how Bailey’s story has given them hope for their children. Some parents have just been given the diagnosis of cerebral palsy and are anxious about their child’s future. Julie is thrilled that Bailey’s journey has inspired others but is keen for people to know that he has battled against the odds to achieve his goals. She told us “I’d love to say that there is a miracle cure but unfortunately there isn’t. Bailey’s story is credit to his hard work and determination to succeed and he has an amazing team behind him all pulling in one direction to help him to reach his potential”. Julie says that she is indebted to Bailey’s Teaching Assistant Katherine Dodds who gives him physical therapy at school on a daily basis and encourages him to have a positive mindset. Alongside the incredible support from her family and friends she cites The Movement Centre in Oswestry for being instrumental in her son’s development. Bailey received 9 months of targeted trunk control training at the centre. This training draws on specialist physiotherapy and bioengineering and has been developed using clinical trials, audit and research. It is different from other therapies because it works by placing the child in an upright position and using equipment to provide stability and support. Julie, who is a sports therapist also completed a course in Kinesio taping which she believes has had a positive effect on Bailey. The tape works by decreasing spasms and muscle hypertone by enhancing sensory inputs, which can be beneficial to children with cerebral palsy.

Julie and Jonathan are overwhelmed with the kindness and support that they have received from everyone and they are keen to give back to the disabled community. Plans are now in the pipeline to start a charity in Bailey’s name to provide vital equipment to enable children with disabilities to participate in sport. They know that they have been very fortunate with the support that they receive but they are all too aware that for other families the struggles may be even harder.

It seems that everyone who meets this charismatic little boy is both charmed and honoured in equal measures. We could all learn a lesson from him and take what life throws at us and embrace it, in fact we should just all ‘Be More Bailey’.