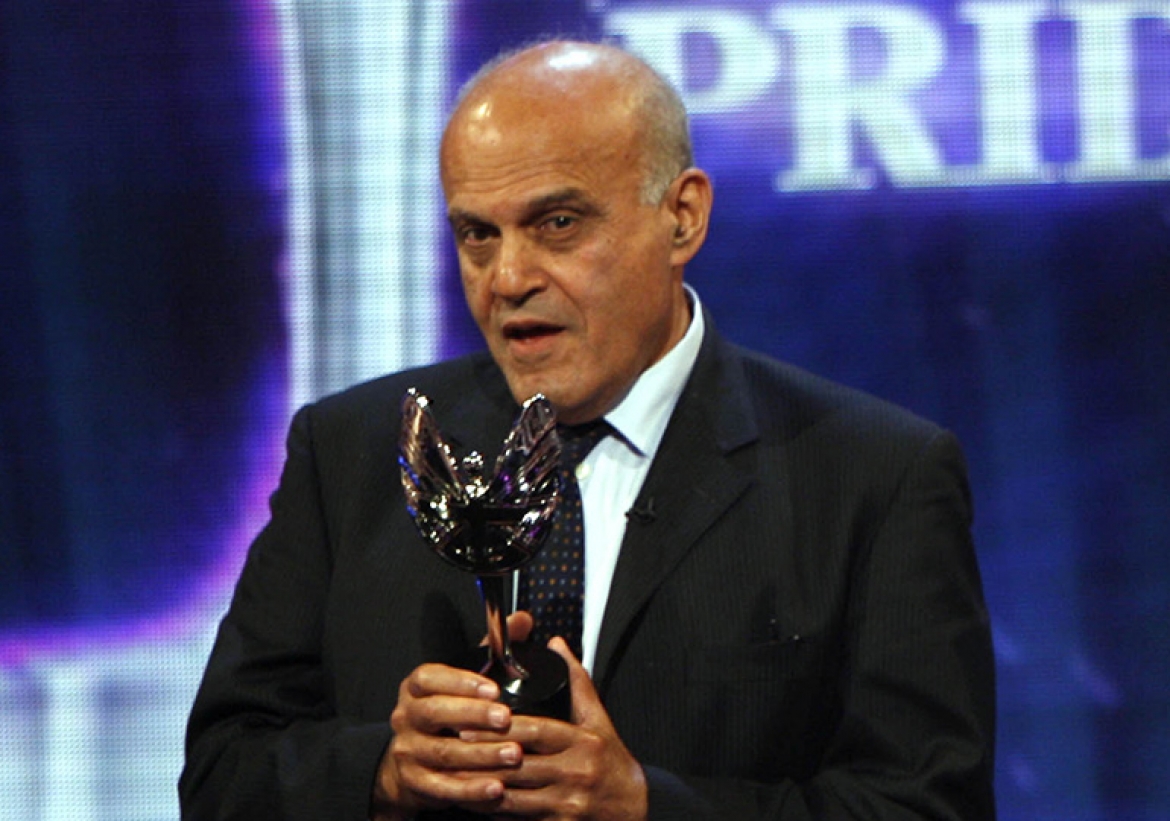 Eminent heart surgeon Sir Magdi Yacoub, 71, has performed more transplants than anybody else in the world - saving thousands of lives across the globe.

The professor, originally from Egypt, has made pioneering strides in cardiac surgery since moving to Britain in 1962. He founded the Chain Of Hope charity in 1995, which treats children in developing countries, saving the lives of 1,000 children so far. He also established the world's largest heart and lung transplantation programme. Sir Magdi has performed around 20,000 lifesaving heart operations, 2,000 heart transplants and 350-400 heart-lung transplants.

Last year, he even came out of NHS retirement to advise surgeons on a particularly complicated procedure - known as Piggyback heart transplantation - for a 12-year-old girl.

He is renowned for pioneering new techniques, including the Switch operation, where the arteries are corrected in small babies. His first consultant position in Britain was at Harefield Hospital in Middlesex. Under his leadership, it became the world's leading transplant centre, performing more than 200 such operations a year, and 2,500 since it was established. In 1983, Sir Magdi carried out the UK's first heart and lung transplant.

He also performed the operation on the UK's youngest heart transplant patient, who was just 10 days old. He still refuses to stop working. Chain Of Hope sends missions abroad (45 to date) to treat children and equip new units. Most have been led by Sir Magdi himself.

The charity, which costs £1m a year to run, also brings children to the UK where they are treated free of charge and hosted by local families. Through Chain Of Hope, Sir Magdi has trained many surgeons and helped establish cardiac services in Jamaica, Mozambique and Egypt. He is currently setting up a heart institute in Ethiopia.

"Cardiac disease in the developing world is becoming an epidemic and we have a duty to help these countries," says Sir Magdi. "It is estimated that 15 million children die or are left severely impaired each year by potentially treatable or preventable cardiac diseases."

Sir Magdi is also the professor of cardiothoracic surgery at Imperial College, London, and founder and director of research at The Magdi Yacoub Institute, which is dedicated to studying heart disease.

Dr Gavin Wright, cardiothoracic anaesthetist at Harefield and a trustee of Chain Of Hope, says, "Sir Magdi is an incredibly skilled ‘thinking' surgeon with vast experience. He operates on extremely complex heart lesions that many other surgeons would not even attempt. This is what makes him so special."