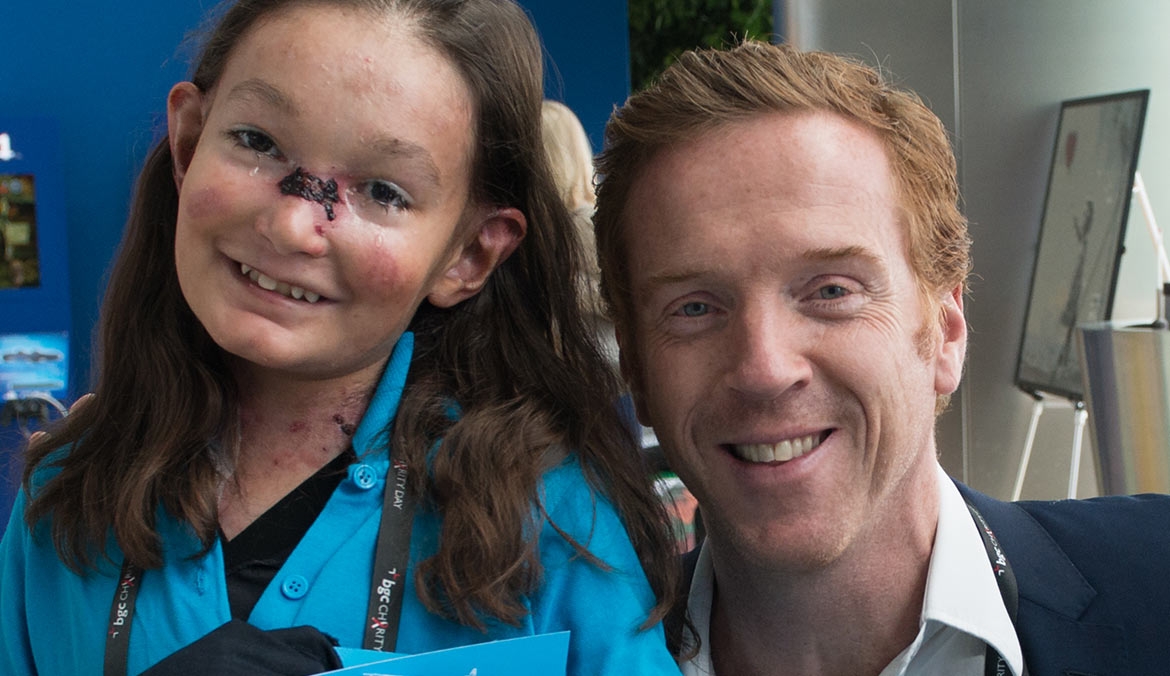 Last year our Teenager of Courage was the remarkable Sohana Collins – we caught up with her again a year on to see how life has changed.

You may remember that Sohana has a rare skin condition called recessive dystrophic epidermolysis bullosa – or EB for short. This genetic condition makes her skin so delicate that the slightest knock, bump or scratch causes blisters and painful third degree burns. But despite being in pain every day Sohana still spearheads a campaign to raise awareness and funds for EB, which has raised millions of pounds.

Since winning the award Sohana and her family - mum, dad and her three younger sisters - have continued to organise fundraising events. These have included a bi-annual dinner raising £500,000, sponsored runs, bike rides and becoming the charity of the year for The Royal Masonic School, which raised £10,000. A team of twelve completed the Vitality 10k run in London in July and numerous cake sales, opera evenings, classical concerts and even a donation of 300 teddy bears from a kind lady have all helped to bump up the donations.

To celebrate her fourteenth birthday in July Sohana launched her Stick Out Your Tongue Campaign. Not many people know that children who have EB aren’t able to stick out their tongue as they get blisters and wounds in their mouth, which means that they get a lot of scarring and even their oesophagus is affected. So to highlight this Sohana teamed up with the patron of her charity, actor Damian Lewis to launch this fundraising campaign, which encourages people to take a photograph of themselves sticking out their tongue, post it on social media and donate to the Sohana Research Fund. Proud mum Sharmila tells us that her daughter’s ‘happy, smiley face is incredibly poignant because she smiles through so much pain’. Sharmila also told us about the groundbreaking work that is happening in gene therapy and that one trial has already started in adults which has been funded through grants and fundraising. At present there is no cure and no treatment that makes a significant difference to patients with any form of EB. Treatment is limited to chronic wound care and pain control. As skin is inherently fragile and non healing, even advanced treatments developed to date for other chronic wound conditions do not work effectively for EB skin. But the emergence of regenerative medicine means that for the first time it will be possible to create improved treatments and eventually cures for all types of EB. These new treatments are likely to involve a combination of cell, gene, protein and drug therapies, all of which (individually or together) strive to correct the genetic weakness in the skin that causes life long blistering.

Sharmila tells us that children like Sohana ‘don’t have time to waste as EB can lead to skin cancer’. She added ‘It is more difficult to find funding for more rare genetic conditions. There are great teams around the world but they just don’t have the funds to push the agenda to target specific areas’.

Sohana is fortunate to have a wonderful group of friends who look after her and her school is incredible in assisting in her care and medication. A single blister can lead to Sohana being blind for a week so her treatment throughout the day and night is vital to her wellbeing.

Looking back to the 2015 Pride of Britain awards Sohana tells us that she had a fabulous evening with the highlight being meeting Rupert Grint as she is a ‘massive Harry Potter fan’. Her mum added that our host Carol Vorderman was ‘absolutely lovely’ and that David Beckham was ‘charming’. Since winning the award Sohana is recognised in the street and she says that ‘Everyone is nice to me. I prefer people to ask me about my condition rather than just staring at me. Stares can be difficult’.