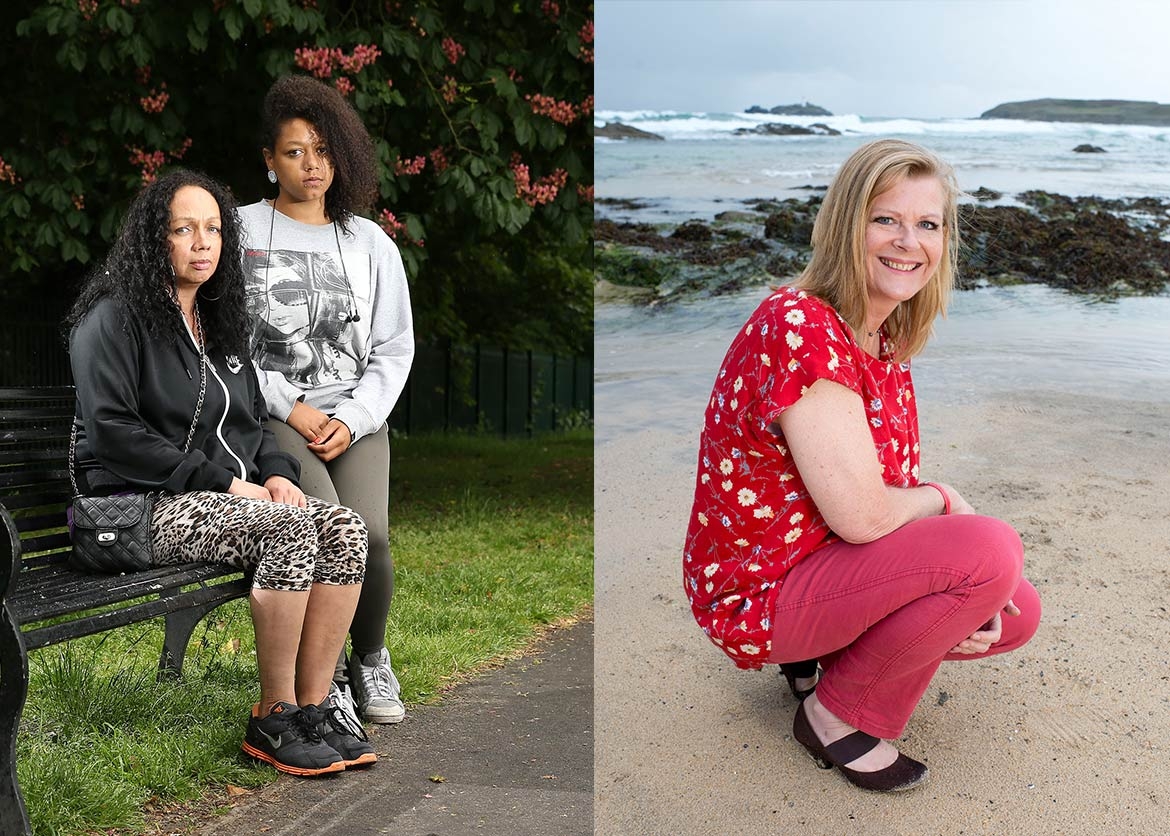 When an off-duty soldier was hacked to death in a London street, three women thought nothing of their own safety to step in.

Hailed as the Angels of Woolwich, Ingrid Loyau-Kennett, Amanda Donnelly & Gemini Donnelly-Martin stepped forward from the crowds of terrified onlookers to calm the situation and comfort the victim, Drummer Lee Rigby, during his final moments.

Mother-of-two Ingrid, 48, from Cornwall, was on a bus going through Woolwich in May when she saw a young man lying in a pool of blood in the middle of the road and two others standing over him.

Believing there had been a car accident, she got off the bus to offer first aid help - but quickly the horrifying reality of the situation became clear.

When most people would have run to safety, Ingrid stood her ground, calmly speaking to one of the men at the scene.

Recalling the moment she made the decision to step in, Ingrid, a cub scout leader, said: "Unfortunately, there were more and more mothers with children stopping, so it was even more important I was talking to him and asking him what he wanted.

As news of the horrific killing shocked the entire nation, Ingrid's actions led Prime Minister David Cameron to pay tribute to her.

"Confronting extremism is a job for us all.  And the fact that our communities will unite in doing this was vividly demonstrated by the brave cub pack leader," he said.

While Ingrid was confronting one of the alleged attackers, mother and daughter Amanda, 44, and Gemini, 20, approached the soldier and shielded him to protect him from further attack.

They stepped in as dozens of other people stood back and looked on after warnings from the suspected killers that no one should approach the body.

But Amanda and Gemini refused to back down, insisting they wanted to pray by his side and provide comfort in his final moments.

Brave Amanda said: "I knew lots of people were looking over now but all my main focus was on Lee.  My main thing was to try and protect him from any more violence.

"Kneeling over him and stroking him seemed like the right thing to do at the time."

She added: "I wish there was more I could have done."

Drummer Rigby, 25, was killed after he returned to Woolwich barracks from the Tower of London, where he had been working as part of his role attached to the regimental recruiting team.

He had a two-year-old son Jack with his wife Rebecca, and had served in Afghanistan as a machine gunner and also stood outside the Royal Palaces in London.

His commanding officer paid tribute to him, saying: "Drummer Lee Rigby was a real character within the Second Fusiliers.  Larger than life, he was at the heart of our Corps of Drums.

"He was a true warrior and served with distinction."

All three women showed remarkable compassion, courage and composure, and thought nothing of the danger they may have faced in their determination to prevent more bloodshed and comfort a dying soldier.

Faced with an unimaginable, terrifying situation, these women showed extraordinary steel and bravery.  How many of you can say we would have done the same? These women prove that Britain will never bow to terror.The Judges