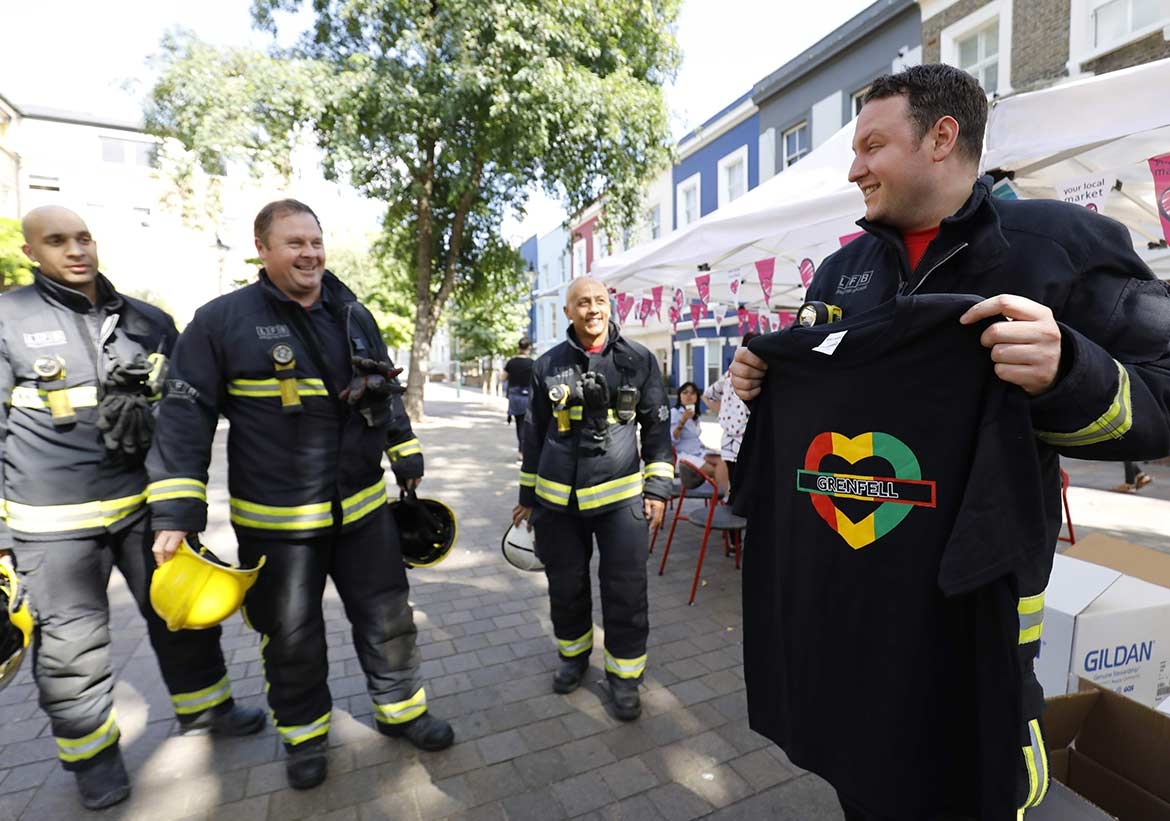 In the early hours of Wednesday 14th June, firefighters were called to the 220-foot Grenfell Tower in west London.

A fire which started in a flat on the fourth floor had quickly spread through the 24-storey tower. The first fire crews arrived six minutes after the alarm.

Commander Richard Welch, who was one of the first senior officers to arrive at the scene, described how the flames kept spreading as more and more firefighters arrived.

Firefighters repeatedly went into the fire to rescue residents, climbing to the upper floors of the building despite crippling exhaustion and serious fears it was on the verge of collapse.

As they battled the flames, they continued to return to the building knowing they might never come out again. A total of 65 people were rescued from the building by firefighters.

Up to 80 residents of the tower are believed to have perished, but without the heroism, courage and relentless determination of the London Fire Brigade, the death toll would have been far higher.

It took 250 officers 24 hours to extinguish the fire and firefighters remained at the site over the following four days, with some putting in near 24-hour shifts as they dampened pockets of fire and searched the rubble.

London Fire Commissioner Dany Cotton said: “In my 29 years of being a firefighter, I have never, ever seen anything of this scale.”

The heroism of the Grenfell firefighters is on an almost unimaginable scale. To go into those flames, not knowing if the building would collapse, or if you would come out again, with no thought but to try and save as many people as possible, is simply extraordinary.Pride of Britain judges