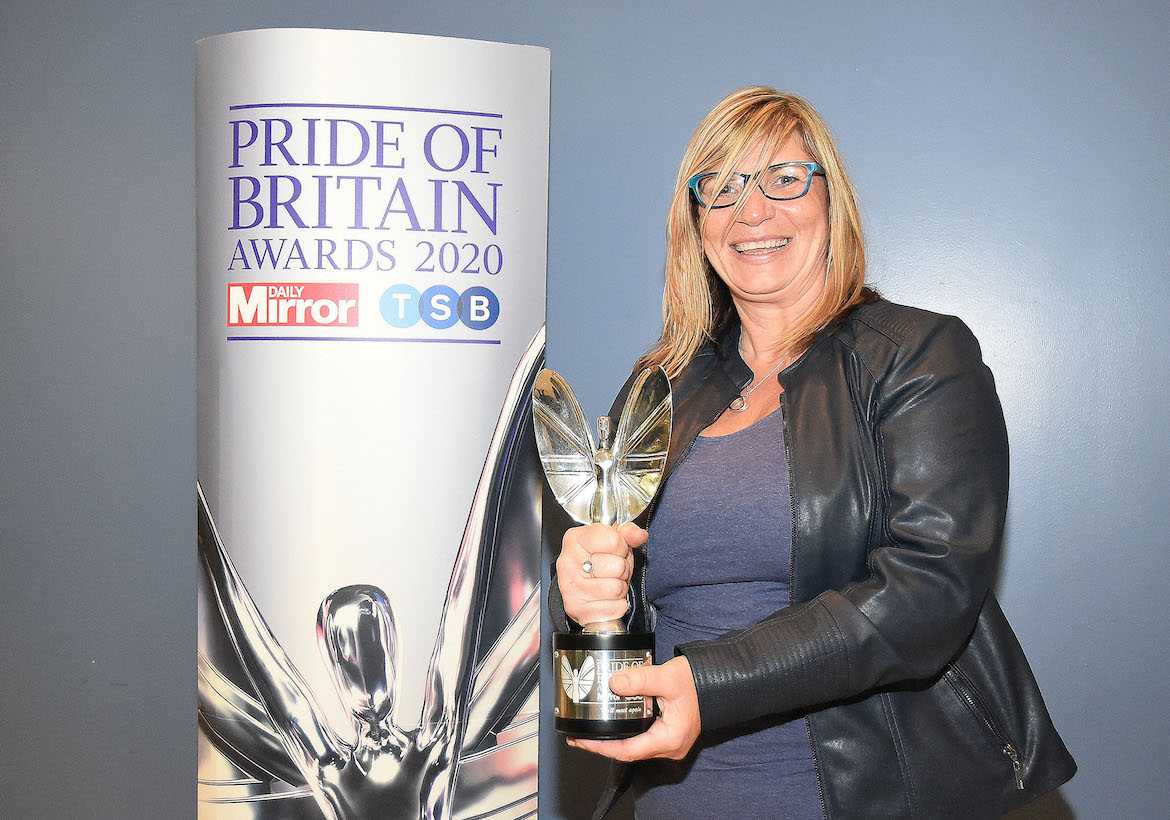 Police officer risked her life to stop an out-of-control driver ploughing into runners in a 10k race, suffering serious injuries herself in the process.

The moment Claire learned she is a Pride of Britain winner is one of the most uplifting moments of the 2020 show.
The huge Olly Murs fan was on a tour of The Voice studios, when the pop star and Voice judge gave her the shock of her life.
She recalled: “I asked if I could sit in Olly’s chair. My husband Darren knows what a massive fan I am.
“Then they said I could pretend to be a judge and they would send out an assistant to sing and I could have a go at pressing the red button. I had my back turned, the lights went out and a voice started ringing out, singing Dear Darlin’.
“Suddenly I realised it was Olly and I gasped, I could not actually believe what was happening. I pressed the button and the chair turned around and there was Olly. I was literally gobsmacked and I burst into tears. All my dreams came true that moment.”
Olly told a stunned Claire she had won the This Morning Emergency Services award.
Claire, 48, added: “Obviously I wanted a hug, but that wasn’t possible. But Olly sat next to me in Tom Jones’ chair and we had a lovely chat. It was such an insane experience and so amazing.”
Claire’s Pride of Britain award recognised her extraordinary courage in a terrifying incident in September 2018. She was responding to reports a car had crashed into a garage near the route of a 10k race.
Drug dealer Gurajdeep Malhi had smashed into parked cars while fleeing police. Claire was determined to stop him driving off, because if he escaped, he was heading straight for the route of the 10k race, which was packed with runners.
As she struggled with him and tried to grab his keys, she was trapped and then crushed against a fence and dragged along the ground.
She was eventually pulled to safety by colleague PC Dave Mullins and had to undergo a five hour operation to save her shattered leg.
Malhi fled on foot and was later arrested and jailed for 12 years. Speaking at his trial, Claire said: “"Better me than 20 runners with 20 families like mine. I believe it was luck that I did my job that day, otherwise you could be sitting through 20 statements just like mine."
A year after the incident, Claire took part in the same race alongside her husband Darren and PC Mullins to raise money for the charity Care of Police Survivors. She covered the first 9km in a wheelchair, but walked the final kilometre, crossing the line to cheers from the crowd.
She said: To receive a Pride of Britain award has made me so emotional to think that people deem that I am worthy. I am just one person who has tried to make a difference.
“ I really want to dedicate this award to Dave, my work colleague who pulled me to safety, my husband Darren and each and every police officer who gets injured in the line of duty.”