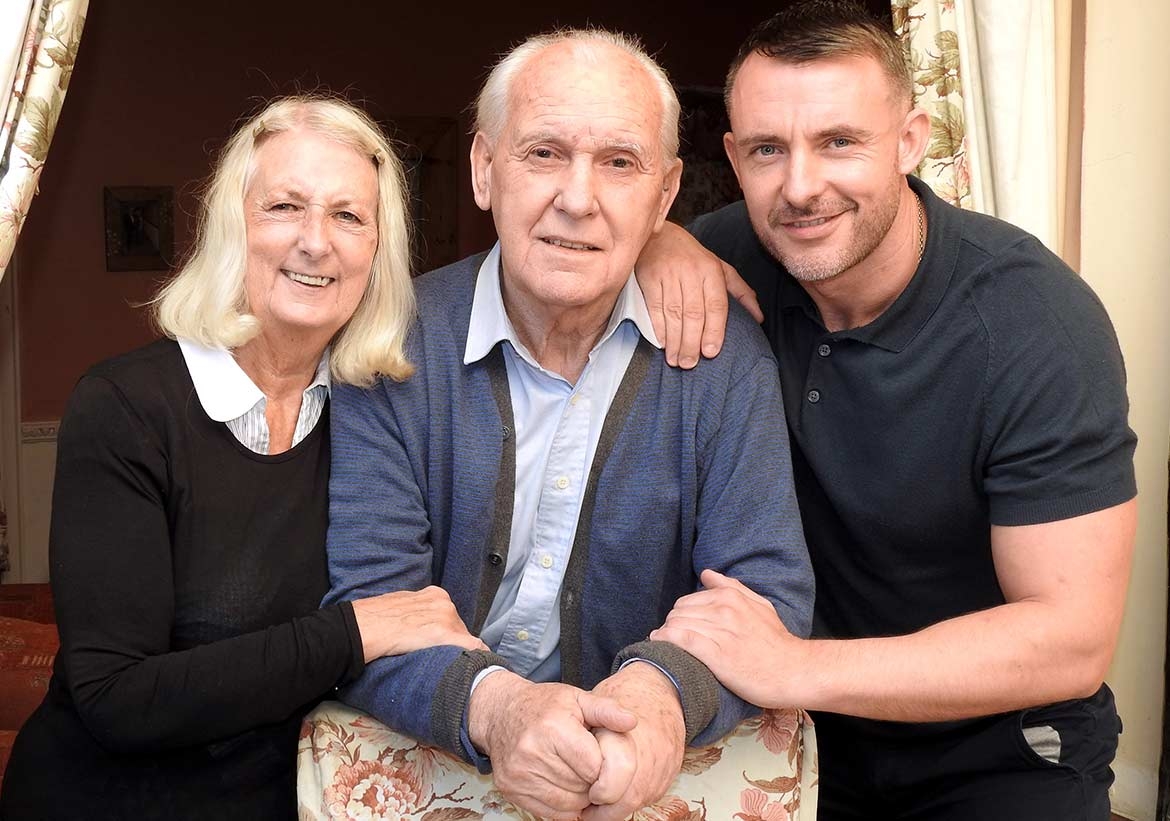 Dementia sufferer and his son have inspired millions around the world with their infectious Carpool Karaoke-style videos, raising more than £130,000 for charity

As a club singer in the 1960s and 1970s, Ted McDermott’s word-perfect rendition and instant recall of hundreds of classic tracks earned him the nickname The Song-a-Minute Man.

He had taught himself a different set of lyrics every day while working in factories as a wood machinist when he was a teenager, and became famous in his hometown of Blackburn, entertaining audiences in pubs and clubs for decades with the music of Frank Sinatra, Al Martino and Tony Bennett.

He even met his wife Linda through his love of music after she watched him perform as a Butlin’s Redcoat in Blackpool in the 70s.

When he faced losing his memory to Alzheimer’s, it was a difficult prospect for Ted, now 80, and his family.

Five years ago, Linda, 71, and their son Simon noticed Ted was becoming increasingly forgetful and frustrated.

After 18 months of tests and visits to his GP, he was diagnosed with dementia in 2013.

“Last year was a really bad year. He started forgetting who I was, and who Mum was,” says 40-year-old Simon, who lives in London. “He also started getting extreme aggression. That was the crisis point.”

Yet as he became increasingly withdrawn from the world around him, Ted never forgot the words to his show tunes and continued to sing his old favourites at home.

“My mum, dad and I went for a drive in the country and I had his backing tracks with me,” says Simon.

“We played them all day and he was really happy, singing along, and I recorded it because it was such a nice day after a horrible year.”

Simon posted the “Carpool Karaoke” video to his Facebook page. When his friends shared it, he posted another with a link to the Alzheimer’s Society JustGiving page. The charity had supported the family as they came to terms with Ted’s condition.

Ted and Simon’s rendition of Engelbert Humperdinck’s Quando Quando Quando, filmed as they drove around Clitheroe in May, went viral, racking up more than a million views in just a few weeks.

Their heart-warming videos also raised almost £130,000 for the charity.

“If I’m honest, for me and my family it’s more the fact my dad is happy. The fundraising is a bonus on top,” Simon says.

“After his diagnosis, we all thought there were just dark days ahead. We didn’t see any escape.

“There will still be dark days but this has given us some light.

“Now when we’ve got him singing, he’s back in the room. It’s these moments that we treasure.”

Simon has such great understanding of his father’s condition and their bond shows when they sing together. It’s a moment of pure joy, but one that is also making a wider difference.Pride of Britain judges

View the embedded image gallery online at:
https://prideofbritain.com/history/2016/simon-and-ted-mcdermott#sigProId2f97ae1d5a
Tagged under