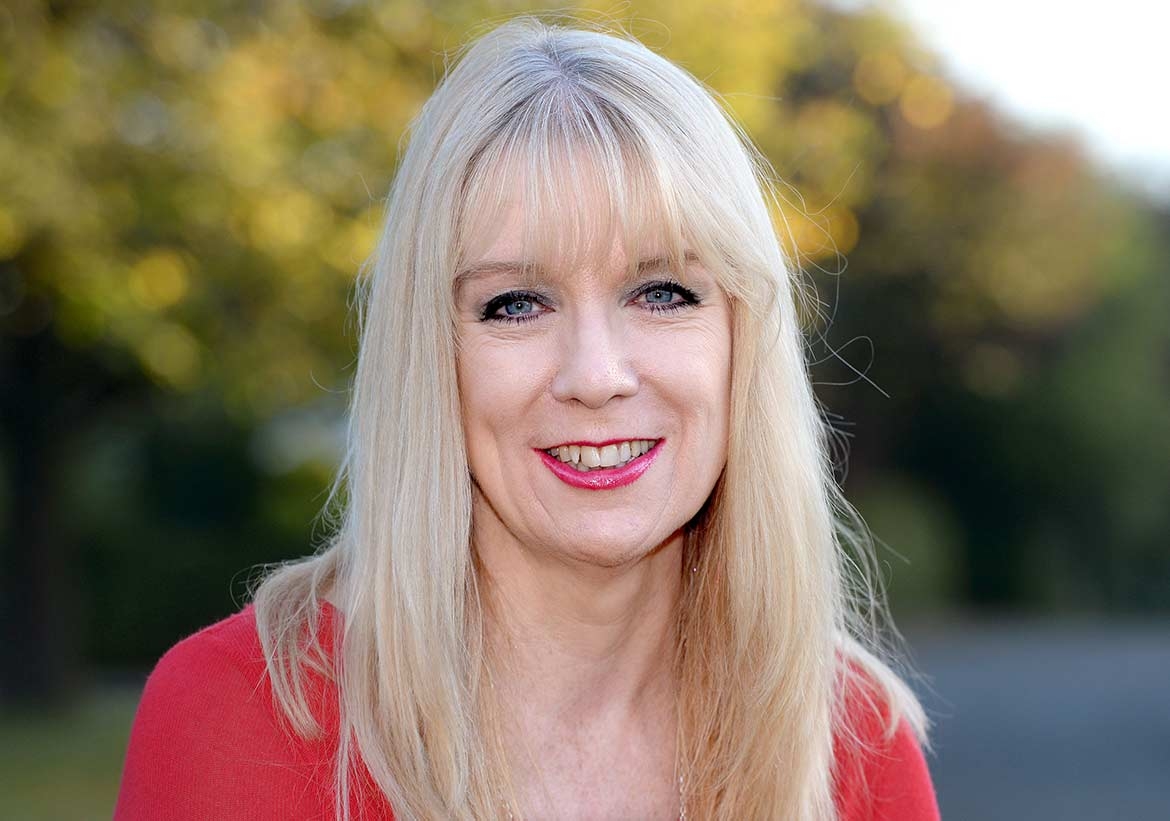 Given the devastating news her two sons would die before their teens from a rare condition, Karen resolved to help find a cure so other parents would not suffer the same agony

Karen was about to give birth to her second child when she was told her 18-month-old son Simon had Hunter Syndrome – a degenerative genetic condition that slowly robs sufferers of their ability to walk, talk and eat. Most die before they reach their teens.

Mikey, the son she was carrying, also had the same condition. She was told there was no cure, no treatment and little research being done into the condition, which affects only boys.

“It was horrendous,” says Karen, 56. “All I’d ever wanted was to be a mum. As a parent your instinct is to protect your child and do anything for them, so to be told there was nothing I could do to help them was devastating.”

Nurse Karen, from Rochdale, decided to help fund research into a cure, raising £250,000 in 12 months.

She continued with her fundraising when Simon and Mikey reached the age of eight and started showing signs of decline, despite knowing the research she was funding would never be able to help her own children.

Karen suffered another blow when her third child Katie, then aged four, was diagnosed with leukaemia in 1994.

Katie had chemotherapy but three years later was so ill she had a cardiac arrest and Karen had to perform CPR.

She was then told her daughter had six weeks to live unless she had a bone marrow transplant.

“That seemed the cruellest blow of all. I thought I had a healthy child yet now I had three dying,” she says.

Mikey was a perfect match but by then his condition was so advanced, there was a 40% chance he would die during the operation.

Karen faced an impossible choice. But a week later Mikey was diagnosed with an umbilical hernia that needed surgery and doctors extracted the bone marrow at the same time.

The transplant was a success but Simon died a year after this, followed by Mikey 18 months later. Both boys were 12.

“Mikey saved her life,” says Karen. “As much as it tears my heart out not having them, they gave me the inspiration to do all we’ve achieved.”

Despite her grief, Karen never stopped fundraising. She launched The GEM Appeal in 1994 and has now raised more than £2.6million.

The research she has helped fund has developed an enzyme therapy that has reversed symptoms in some patients. Karen calls this
a “dream come true”.

“This treatment will stop genetic disorders developing in the young and will allow these children to lead more or less normal lives,” she says.

“It is wonderful news because I now know other children will not suffer and die like Simon and Michael. This is a dream come true and I did not think it would happen for an awfully long time.”

What she has been through, losing two children, is unimaginable. The fact that her fundraising has helped develop treatment that could save other families from a similar ordeal is just incredible.The Pride of Britain judges

View the embedded image gallery online at:
https://prideofbritain.com/history/2016/karen-johnson#sigProId0ff1cb22b6
Tagged under