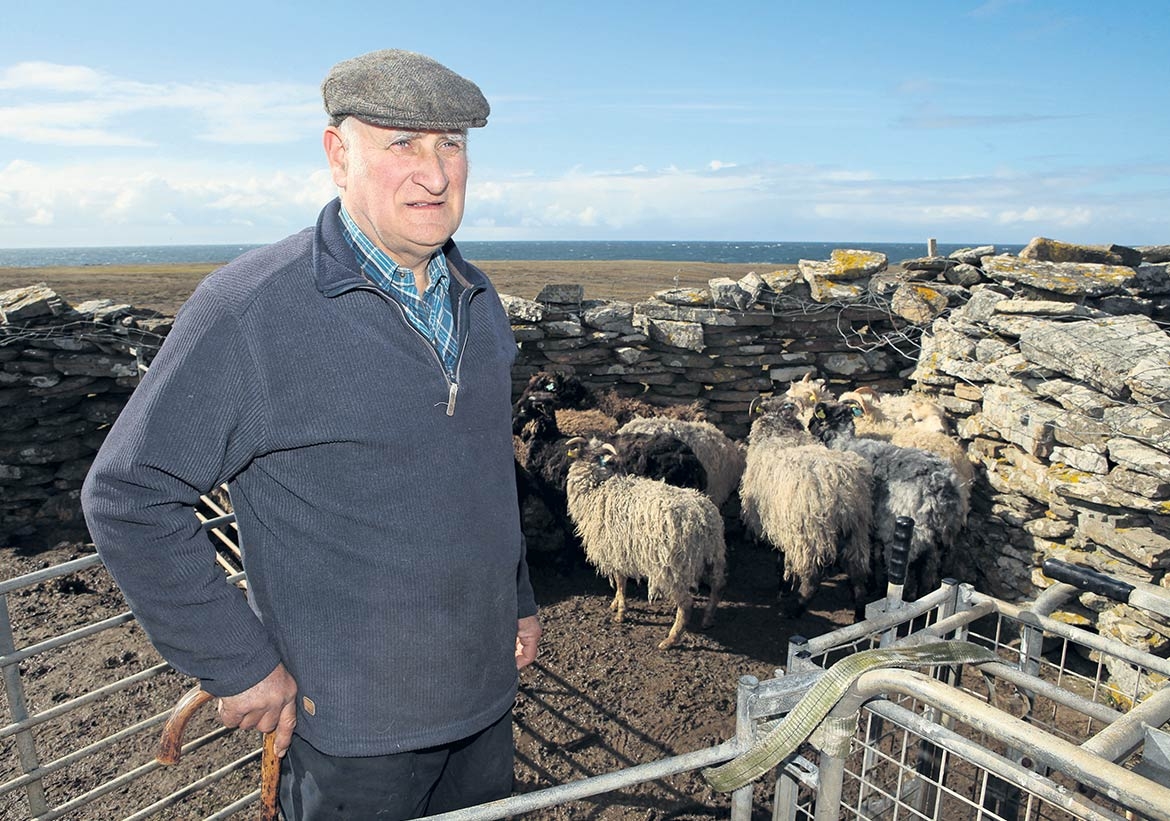 Billy’s unstinting service to North Ronaldsay – the northernmost of Orkney’s islands – spans five decades and has stopped the Scottish outpost grinding to a halt.

An accomplished multi-tasker, the 68-year-old has taken on roles including firefighter, shepherd, lighthouse keeper, tour guide and airport worker.

And the grandfather has no plans to retire as he keeps life going for the community’s 50 residents.

He volunteers for most of his jobs, which include airport baggage handler, electrician, builder and rubbish collector while also looking after his own flock of rare sheep.

Billy has also found time to be a member and previous chairman of the North Ronaldsay Trust and director at Northern Lighthouse Heritage Trust.

He has held the lighthouse keeper job for 47 years and volunteers to take guided tours of the beacon – keeping fit by regularly scaling the 176 steps to the top.

“I’ve never counted my jobs up to be honest,” Billy says.

“The community relies very heavily on the air service. To keep that going you need lots of tourists to use it as well as the island’s population to justify the flights.

“With the lighthouse it’s one of the few in Scotland that’s open to the public and it’s the tallest land-based lighthouse in Britain.”

Billy’s role as lighthouse keeper is at the core of his long service to the community and the landmark is still fully functioning, guiding ships to safety.

His work with the Trust included leading the team that raised £1.2million to renovate and rebuild the attraction, which became automated in 1998.

“I’ve spent most of my life in the lighthouse service and that means a lot to me,” Billy says.

“It’s something you dedicate yourself to doing as long as you’re able to. There is no retiring age now and that’s the reason I’ve clocked up so many years. It’s made me very happy, and it keeps me fit.

“As long as I keep fit and healthy, I’ve got no plans to retire.”

Billy, who has two daughters, is also a retained firefighter.

“If you’re a willing hand you get lumbered with the job,” he says.

“But we’re a very close-knit community and we rely on each other all the time to keep the island going.

“The sheep are a major part of that because it takes the whole island to round them up.

“It’s not an easy task to round up two-and-a-half-thousand sheep on a shoreline. We’re like one big family.”

His wife Isobel, 76, jokes: “He does a lot of work for the community when I would like him to be doing more work around here.”

But she adds: “It’s worth it, I’ve often wondered where the island would be if he didn’t do all those jobs. He contributes so much to everything that goes on.

“It’s an ageing population and he’s one of the people that’s still strong and fit enough to do all this work.”

He restores your faith in society. Where would his community be without him? He’s their pillar.katie Piper

View the embedded image gallery online at:
https://prideofbritain.com/history/2016/billy-muir#sigProId162cac4974
Tagged under