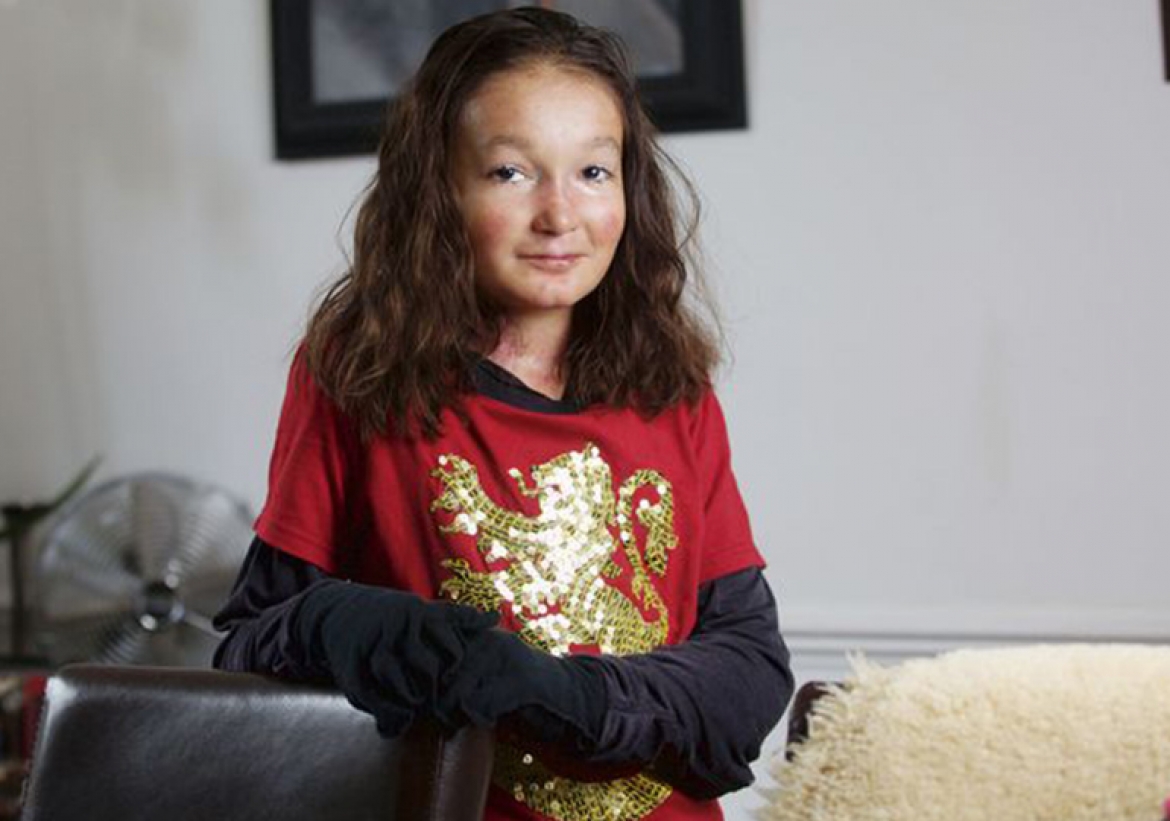 A rare condition makes her skin so fragile her parents cannot even hug her, but Sohanna is the inspiration behind a £3.5m fundraiser.

Life is a daily struggle for 13-year-old Sohanna.  She is in constant pain from a genetic condition, which makes her skin so delicate that the slightest knock, bump or scratch causes blisters and painful third degree burns

She suffers from recessive dystrophic epidermolysis bullosa – EB – which means she lacks the protein that holds her skin together. It affects her entire body – even in her mouth, throat and eyes.

Mum Sharmila, 46, says: “She belittles what she goes through so much that it is so easy to forget sometimes what she faces on a daily basis.”

Sohana suffers from the most severe type of EB, with “blisters forming at the deepest level, close to the nerves and blood vessels,” Sharmila says. “If you cause friction in an area you get a blister which can grow and grow and grow.

"If there is enough friction, the skin just comes off. But what you have underneath is nerves and blood vessels, which makes it incredibly painful. It is a lot like burns. It is horrific – like a form of medieval torture.”

The disease could lead to skin cancer and claim Sohana's life before middle age.

Despite this, Sohana, who lives in North London with her mum, dad James, 45, and her three younger sisters, inspires everyone with her attitude.

Sharmila says: “She hides her pain. She never complains. She doesn’t resent that her sisters can run around and ride bikes without pain – she’d love to do those things and dreams about it.

“You can see in her eyes she is really desperate but she just deals with it and says, ‘well if I can’t do this, I will do that’.

“You watch her try and run on the grass. Her sisters run free and she is hobbling – her spirit is there, she is desperate to run after them but every foot fall hurts her.”

For up to four hours a day, Sohana faces painful treatment for her wounds. She also has to have three types of eye drops every 30 minutes to prevent blisters. She struggles to eat and has most of her meals in blended form.

But her courage is the inspiration behind the Sohana Research Fund.

Since 2011, more than £3.5million has been raised to help find a cure for EB, through dinners, galas and the Tongue Twister Challenge, which saw stars such as Damian Lewis, Tom Hiddleston and Benedict Cumberbatch take part in a social media campaign.

“We had no hope when she was born,” says Sharmila. “We were told there was nothing that could be done. Now that’s changed and we are looking at treatments and cures.”

Her efforts have seen Sohana named Pride of Britain Teenager of Courage.

You take it for granted that you can give your child a cuddle when they are upset or scared. Sohana's story could be so upsetting but she is just so inspirational - she is an extraordinary young lady.Ben Shepherd, TV presenter