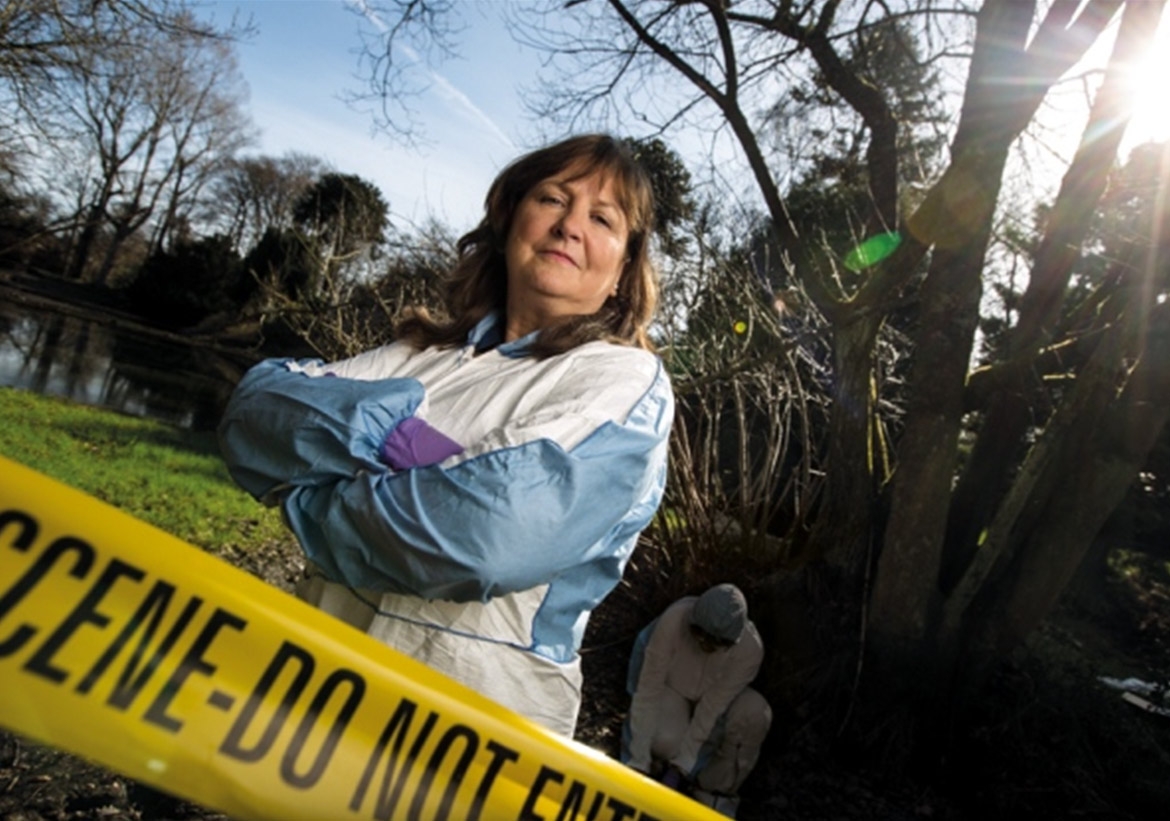 “Soil sleuth” has pioneered forensic techniques that have helped solve more than 100 crimes, and put some of the UK’s most notorious killers behind bars

While studying in Edinburgh, Lorna Dawson was gripped by a crime that happened on her own doorstep.

On a Saturday night in October 1977, she was asleep in her university halls of residence when 17-year-olds Helen Scott and Christine Eadie were murdered after a night out at the city’s World’s End pub.

The killer was not found, but Lorna never forgot the case, and nearly 40 years later, after becoming one of the country’s leading forensic scientists, she uncovered the vital evidence that finally nailed the killer.

Lorna says: “The World’s End case made me feel vulnerable because the perpetrator was never found. I was a student back then and I had just got off the farm in the countryside, where there was very little crime. I would often go to the area where the World’s End pub was with my friends. None of the girls at the university would walk back alone after the murders.”

After gaining a geography degree from Edinburgh University, Lorna completed a PHD in soil science and began working in forensics, helping to pioneer soil investigation techniques that allowed for a sample as small as grain of rice to be analysed.

The Aberdeen mum-of-three now runs one of the only laboratories in the world dedicated to forensic geology, The James Hutton Institute.

The “soil sleuth” and her team have helped put some of the UK’s most evil killers behind bars by unearthing vital hidden clues to convict the guilty. Lorna’s expertise in soil forensics has seen her collaborate with the National Crime Agency, regularly presenting evidence in courts from the UK to Australia.

She says: “One of the things that drives me on is the desire to discover answers and hopefully get some closure for families who’ve been affected by serious crime. Life's so precious, and if it's taken away for whatever reason, particularly if it's taken away by someone else's actions, then I think we should stop at nothing to try and find justice, to find that person who's done that.”

Lorna’s story came full circle when she was asked to re-analyse samples from the World’s End case.

She discovered tiny soil particles on one of the victim’s feet which helped convict killer Angus Sinclair, who had initially been acquitted of the murders in 2007.

Thanks to Lorna’s dedication and expertise, Sinclair was convicted and jailed for life with a minimum of 37 years in 2014.

Lorna, 59, has vowed to keep pushing new forensic techniques over the next decade and beyond.

She says: “We can now work on a tiny amount of soil that might be found underneath your fingernail. But there is always further we can go. I want to train up young people to be the next generation of forensic scientists. It is important to leave a legacy.”

Lorna is a world leader in her field, and the connection with the World’s End murders is compelling. But it is her steadfast commitment to seeking justice for victims that is truly outstanding.Pride of Britain judges