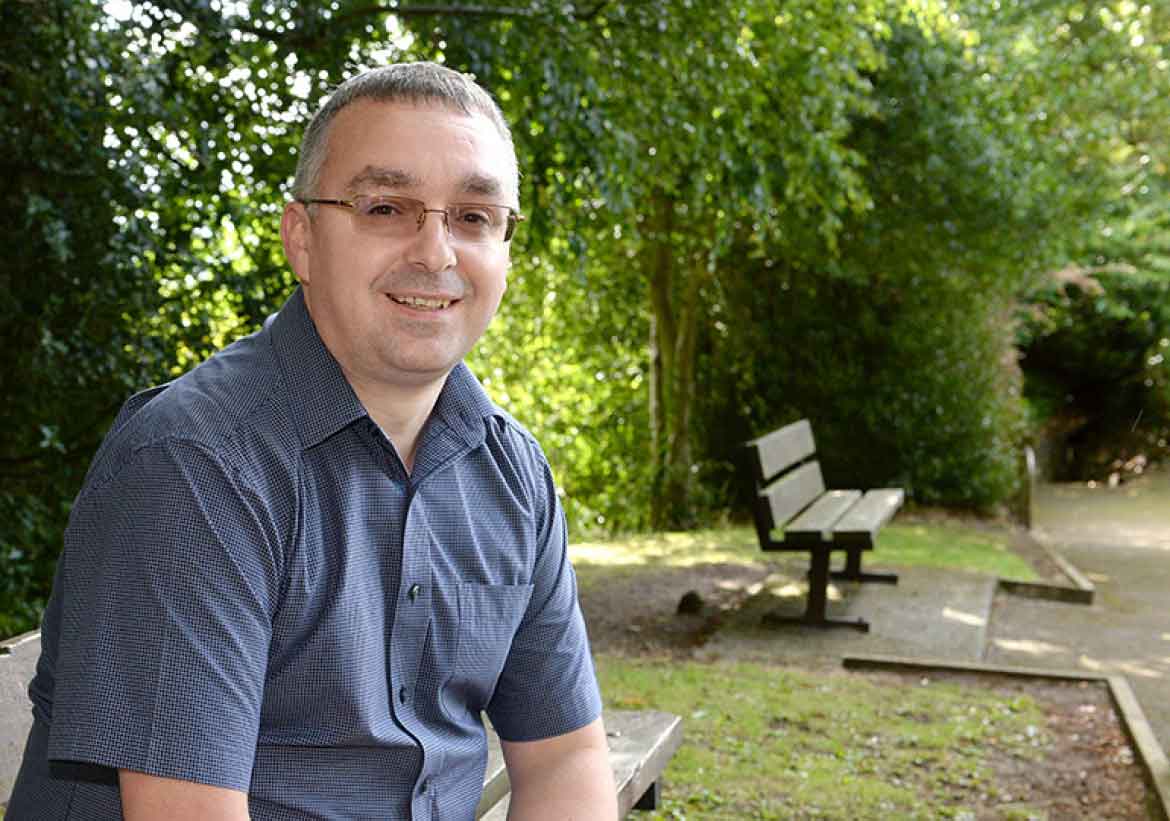 Former soldier Peter Fuller, who has won a 'Pride of Britain' award for his outstanding bravery, after he stopped a racially motivated attempted murder in a supermarket

The scene is seared into Peter Fuller’s memory – a deranged man racing towards him with a bloody blade.

“That’s the image I still have in my head every night,” he says, “Him running to me with the machete raised and dripping blood. It is like something in a horror movie.”

Peter had popped into the supermarket to buy milk when self-proclaimed neo-Nazi Zack Davies savagely attacked a shopper simply because of the colour of his skin, launching himself at dentist Sarandev Bhambra in an apparent bid to behead him.

He inflicted severe head wounds on Dr Bhambra,  24, slashing his skull to the bone, and left gashes in his back. He also almost severed his victim’s hand as he tried desperately to defend himself.

Peter says: “When he first attacked, he said ‘Remember Lee Rigby’. I thought it was kids larking about.

"Then, as I moved about four paces, I saw a man on the floor surrounded by blood and the guy standing over him and hitting him with a hammer and a machete.

“Somehow on adrenaline alone he managed to get up and run. I’ve never seen someone move so fast in my life. Within seconds he was running back down the aisle towards me with the man chasing him.

“I decided then there was no way I was backing away. I moved to one side to let Mr Bhambra run past and then I moved into the middle of the aisle and made myself as big as possible.

"I started shouting at the guy that what he was doing was madness and that I was ex-forces. I made it clear that he was either going to have to go through me or he was going to stop.”

Incredibly, he managed to talk the attacker into laying down his weapons. “I told him I was an ex-Para and I asked him what he was doing and told him it was daft.

"He said, ‘We are under attack’, and I said this guy hasn’t attacked anyone. He looked at me and because I was looking him straight in the eyes, I think it took the wind out of his sails.”

It was 10 minutes before police arrived and Peter kept talking to Davies, trying desperately to keep him calm.

Davies, 26, has since been found guilty of attempted murder. He was jailed for life and must serve a minimum of 14 years.

The judge praised Peter’s “outstanding courage” and said without his intervention there was every chance Dr Bhambra would have died in the attack in Mold, North Wales, in January.

Outstanding Bravery award winner Peter, 44, says: “I will think about what happened for the rest of my life. Everyone has an inner strength, but you don’t know it until something like that happens.”

This was just astonishing bravery. Your natural instinct is to run away, but he stood his ground, and stopped the most horrific attack, saving a man’s life. Incredible, raw courage.”Mark Austin, ITV News Presenter

View the embedded image gallery online at:
https://prideofbritain.com/history/2015/peter-fuller#sigProId544df8889d
Tagged under