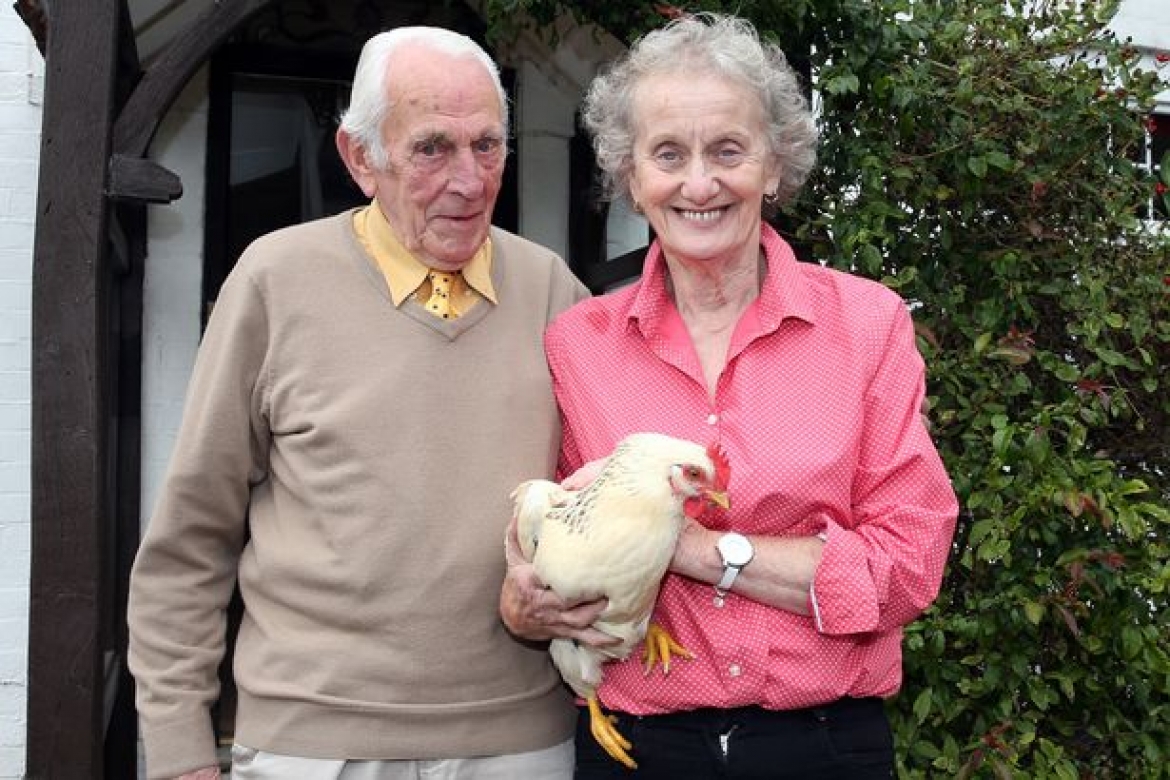 Appalled by the story of a schoolgirl who committed suicide, retired couple Fred and Vivienne Morgan converted their own home into a school for bullied youngsters

Fred and Vivian have won in the special recognition category of the Pride of Britain Awards.

They opened up their home and turned it into a school for bullied children after they were moved by the story of Simone Grice, 15, who killed herself because of bullies

When Vivienne and Fred read the heartbreaking story of Simone Grice, a bullied teenager who killed herself, they couldn’t just turn the page of their newspaper and move on.

Inspired to try to make a difference, they decided to open up their home to vulnerable youngsters.

“We wanted to do something useful with it that would benefit people,” says Vivienne, 72.

“When I read in the paper about this young girl, Simone, I thought there had to be a better way.

“This girl had her mobile phone in one hand and her teddy in the other – I just thought it was so awful for a child to get to that point.”

Three years ago, Vivienne and Fred, 94, transformed their 10-bed property in Warwick into Northleigh House School.

Currently they have 17 pupils aged between 11 and 16 who have been referred by the council, often because they are too depressed to attend mainstream school.

Vivienne says: “About half the children have tried to kill themselves. They all say it is to ‘escape the fear’. It is heartbreaking. There shouldn’t be a need for us, really, but I’m just glad what we are doing is useful.”

Vivienne, who this year sold the curtain company she ran with Fred, has seen the bullying first hand.

She said: “One text to a pupil said ‘the world would be much better without you.’ It is horrible.”

Students study core subjects such as English, maths, science and computing – taught by a staff of 28 teachers who mostly work part time.

Pupils are also encouraged to explore other areas they find interesting, such as cookery, photography, Japanese and piano playing.

The couple receive some funding but are working to establish a pot to sustain the school in future.

And with more than 25  students graduating so far – going on to sixth form, college, university or jobs – Vivienne says it is “satisfying and wonderful” to see them blossom.

“They won’t speak when they come in – they all look at the floor and are highly anxious. But by the time they leave, they are doing the usual teenager things,” she says.

“They have often been bullied for various reasons and sometimes no reason. They lose confidence and it is difficult for them to get out of it on their own. But there is a sense of community between them here – they are very sympathetic to each other.

“It is lovely to have them in our home. We look forward to every day – both of us.”

They’re extraordinary and utterly selfless. These children have had such a tough time and now thanks to Viv and Fred they can blossom. And they did it when most people would kick back and enjoy retirement. Carol Voderman