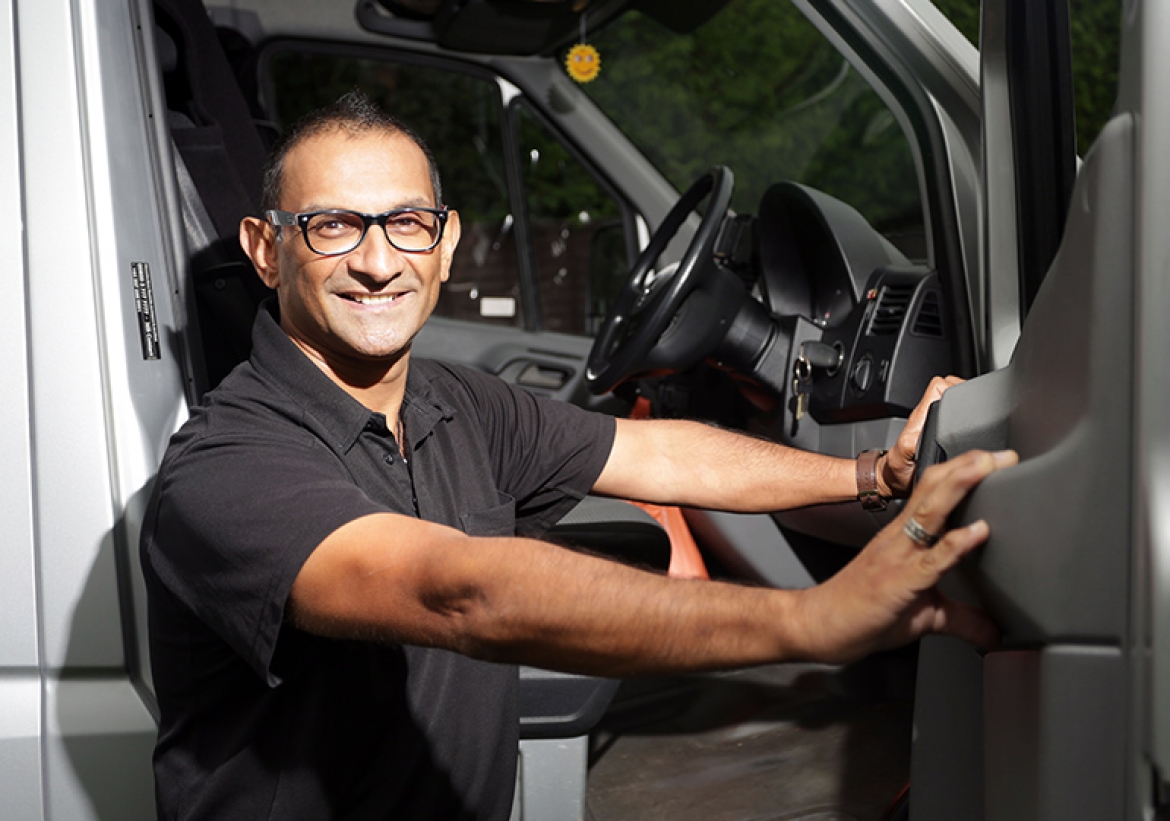 Deliveryman Dee Patel had loaded up his van and set off on a routine job when he was faced with a terrifying life-or-death situation.

As the dad of two was driving along the M25 in Monday morning rush-hour traffic, he spotted a car ahead of him that was dangerously out of control.

It swerved into the central reservation and bounced off the barrier before coming back on to the carriageway and continuing to speed along at 70 miles per hour.

The car hit the barrier a second time, before swerving across four lanes of traffic and on to the hard shoulder.

When the Kia Rio appeared in the outside lane in front of him, Dee realised the driver, a young woman, was unconscious and a high-speed pile-up seemed inevitable.

Dee, 49, recalls: “I saw that there was nobody in control of the vehicle. She was slumped over the steering wheel.

“As she came back across she ended up right in front of me. I instantly saw what I needed to do – I had to slow her down.”

Dee decided he had to accelerate to catch up with the runaway car, then pull alongside so he could try to bring it to a safe halt.

He says: “I had to make sure I hit her with my driver’s side to her passenger side, to force her into the central reservation. Otherwise it could flip over and cause an even worse accident.”

As the Outstanding Bravery award winner pushed the car against the crash barrier, it ground to a halt, finally slowing to a complete stop straddling the fast lane and the central reservation.

Dee, from East Farleigh in Kent, says: “My heart was in my mouth – I didn’t know if I’d done right or wrong.”

And the danger was not yet over – rush-hour traffic continued to speed past as Dee jumped out of his van to check on the stricken driver.

A Thames Valley policeman later praised his courage, saying: “Instead of a multi-vehicle collision with potential serious injuries, it has ended up with no injuries and just damage to vehicles which can be repaired or replaced thanks to your quick thinking.”

Dee has also been thanked by the driver he saved in May. He says: “I got a nice box of chocolates and a little note from her family.”

He adds: “Other people have said they don’t think they could have done it, but it just happened so fast. You’re doing 70 and everything is just so quick. I only realised I’d done it afterwards really.

“Having grown up with Superman and Batman you want to be them. I’m glad I reacted in the right way and I hope I’d do it again.”

How many of us would have the presence of mind to think of what he did, and then the sheer courage to actually do it? He risked his own life to save others – that’s truly heroic.Mark Austin, ITV News Presenter