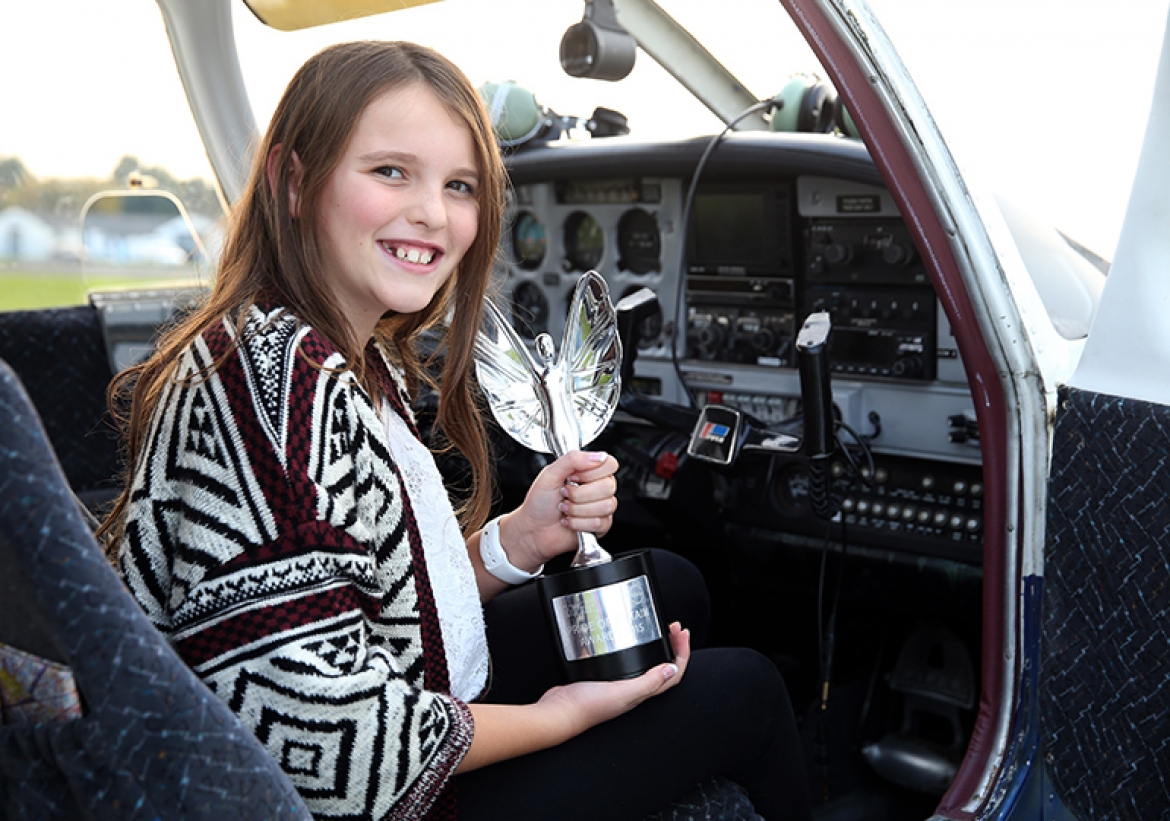 Schoolgirl was inspired to raise more than £20,000 for charity after both her dad and brother were diagnosed with serious illness.

Amelia’s family suffered a heartbreaking double blow when her younger brother Joshua was diagnosed with a life-threatening brain condition and her dad Peter was told he had a terminal brain tumour.

Doctors discovered last January that Josh had Arteriovenous Malformation, a tangle of blood vessels in the brain that puts him at high risk of stroke.

Just five days before he was due to start radiotherapy, airline pilot Pete was diagnosed with a grade four brain tumour – and given less than two years to live.

At one point, both father and son were undergoing radiotherapy. Pete had to give up flying, leaving the family struggling to make ends meet.

In the midst of their despair, 10-year-old Amelia was inspired to do something positive

She says: “My brother got something in his brain and then my dad got cancer, so I thought I could maybe sell cakes and lemonade in the front garden to raise money for charity.”

The Pride of Britain Young Fundraiser of the Year's ideas snowballed, and after running a series of cake sales, she decided to host a family fun day with a charity raffle.

Just eight at the time, she sent a handwritten letter to local businesses in Solihull appealing for help.

The letter read: “We found out about Joshy when he went for an eye test, and my daddy had a seizure while he was driving us in the car. It was very scary.

“I wanted to do something good to cancel out the sad times we were having.”

Amelia says: “I went around loads of shops asking if they could donate things. At first I was scared but I got used to it. We got loads of prizes.”

Mum Lucy adds: “She literally spent the six-week summer holidays going around all the local towns and villages, and going into all the shops.

“Amelia did all the talking, and people just bent over backwards to give her prizes, support or even a small donation. I don’t think there was a single person she approached that didn’t help.”

The family fun day, which took place last year, was followed by a black tie auction night – and so far Amelia has raised more than £21,000.

Pete lived to see his daughter’s incredible efforts, but tragically passed away on Valentine’s Day this year.

Amelia chose to give the money raised to charities that helped her dad and brother – Birmingham Children’s Hospital, Butterfly AVM, the Brain Tumour Charity and Marie Curie.

Lucy says: “I’m incredibly proud of her. She is just such an amazing character.”

Amelia's family have suffered so much, but she hasn't given up.  She has galvanised people to raise money, and done something so incredibly positive in a tragic situation.  She is just an amazing little girl.Susanna

View the embedded image gallery online at:
https://prideofbritain.com/history/2015/amelia-gebruers#sigProIdc6dd456b16
Tagged under