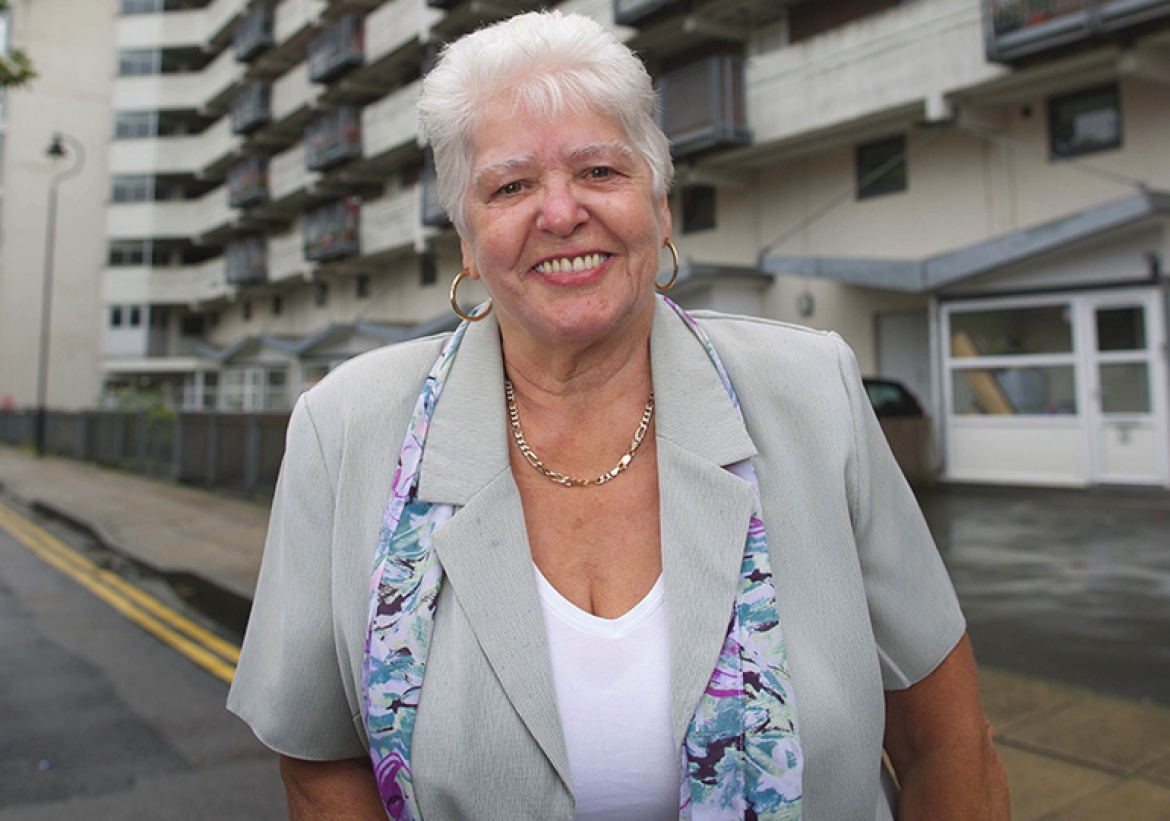 The moment that turned ordinary mum Alice Burke into a crime crusader came as she walked home after an evening at bingo.

“I was mugged and they took my handbag,” she recalls. “I vowed from that moment on that I’d do everything I possibly could – that people wouldn’t have to face that here.”

Former auxiliary nurse Alice and her husband moved on to the Nightingale Estate in East London in 1975 to raise their three daughters.

But by the early 1990s, crime levels began to increase. Residents were assaulted in lifts, empty flats were taken over by squatters and drug dealers, and the estate was blighted by prostitutes and gangs supplying guns to criminals.

Alice, now a 78-year-old great-gran, says: “It was very important for me to make the estate safe. I wanted somewhere where my children were safe and happy.”

In 1993, Alice helped set up a residents’ association and encouraged others in her campaign against crime.

She would take any problems direct to Hackney’s mayor and often marched to the police station demanding action. But thugs tried to scare her into giving up – her car windows were smashed and her life was threatened.

“It was awful to be honest, devastating,” she says. “But I carried on regardless. I had to – you couldn’t give in to them.

“It was all because I had the ear of the police. I got a sweep done on the estate two or three times. They found a lot of drugs, guns and knives.”

Alice would even confront troublemakers in the street.

“A lot of the kids I used to chase were doing things they weren’t supposed to. I see those boys and girls now. You hear them say to their kids, ‘this lady used to kick our backsides. If you see her, don’t you dare be rude’.”

As a result of her campaign, the council launched a regeneration plan, replacing tower blocks with low-rise housing on the estate.

She says: “There was a time when people were downcast, and wouldn’t talk to one another. When things started to happen, people would smile and say good morning.”

Alice retired as chair of the residents’ association three years ago, but she is on the board of Hackney Homes and is working with other estates to tackle anti-social behaviour.

The most recent figures show a 44% reduction in crime over five years up to 2013, and Hackney Council says Alice has been instrumental in achieving this.

And her efforts have seen her named the Pride of Britain Awards' Good Morning Britain Local Hero winner.

So many places have lost community spirit, and people always moan that there’s nothing we can do about it. But Alice brings it home: you can do something and she has done something. She is truly inspirational.”Katie Piper, TV presenter

View the embedded image gallery online at:
https://prideofbritain.com/history/2015/alice-burke#sigProId0f3be614f5
Tagged under