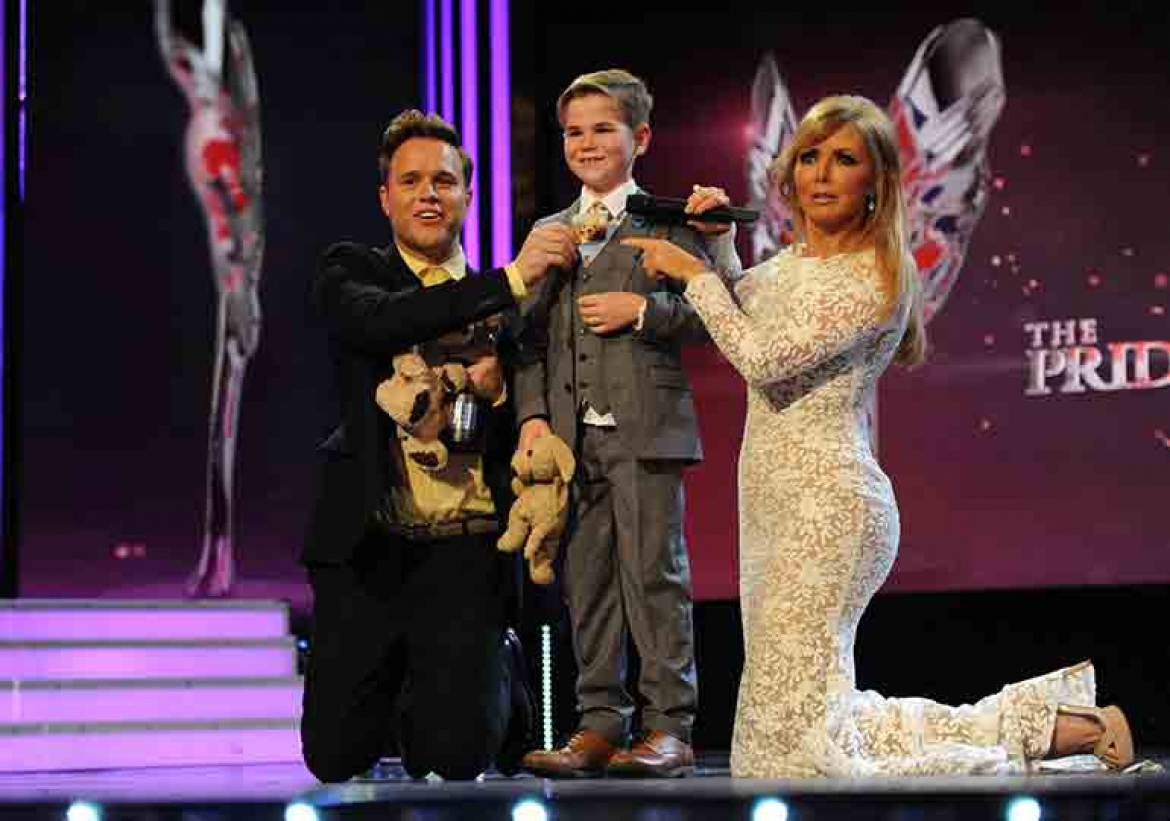 As little Ted waited in hospital to undergo open heart surgery, the youngster wanted to watch a bit of television to help pass the time.

But when he discovered the TV was not working, the six-year-old’s first thought was not for himself, but for the next seriously ill child who would occupy his bed in Alder Hey Children’s Hospital.

Turning to mum Jo, Ted declared that as soon as he was out, he was going to raise money to buy a new TV to help distract other kids from their gruelling treatment.

And true to his word, just eight weeks after he left hospital, Ted was crossing the finish line of a mini-triathlon having raised more than £1,000 in sponsorship for the Liverpool hospital. Ted says: “It was hard but I told everyone I was going to do it and I wanted to stick to my promise.”

Having been diagnosed with a heart murmur from a young age, Ted was familiar with going to hospital for check-ups.

However, the family’s world was turned upside down days before Christmas 2012 when they were told he would have to go through major open heart surgery. Ted was suffering with subaortic stenosis, which meant a flap of skin was growing in his aortic valve. Left alone it could kill him.

Mum Jo says: “It was a massive, massive shock. I just kept worrying because if the surgery goes wrong there is no going back.”

In February 2013 Ted went into Alder Hey for his operation and it was there, while waiting for several hours to be called in that he began thinking of other children.

Jo says: “He’s just so kind. It was so boring waiting and when the TV didn’t work Ted just said he wanted to get a new one for the next child.”

But one thing kept going through his mind.

And when he was back home he kept his word and managed to convince his parents to let him take part in a triathlon that involved racing 150 metres on a scooter, cycling 600 metres and running 200 metres.

Jo says: “He was exhausted and I started worrying that I had let him do something he shouldn’t have done.”

Ted was even undaunted when one of the stabiliser wheels on his bike fell off during the cycle stage, running and pushing his bike at the same time.

Jo says: “I was shouting at him to stop. Other mums were looking at me, but I was so worried about him. He kept on going though and when he crossed the finish line he collapsed through exhaustion.”

Brave Ted raised £1,028 and was asked by Alder Hey to be a children’s ambassador – a role he happily accepted.

As an ambassador for the hospital, Ted, from Stockton Heath, is part of a campaign to raise £30m to fund lifesaving equipment, research and arts and play activities.

He has fronted advertising campaigns and spoken to the media about his time at the hospital to increase awareness and boost donations.

He has also launched a social media campaign where people take a photo of their teddy, adding #showusyourbear and donate to Alder Hey, and is gearing up for his second scootathon this year.