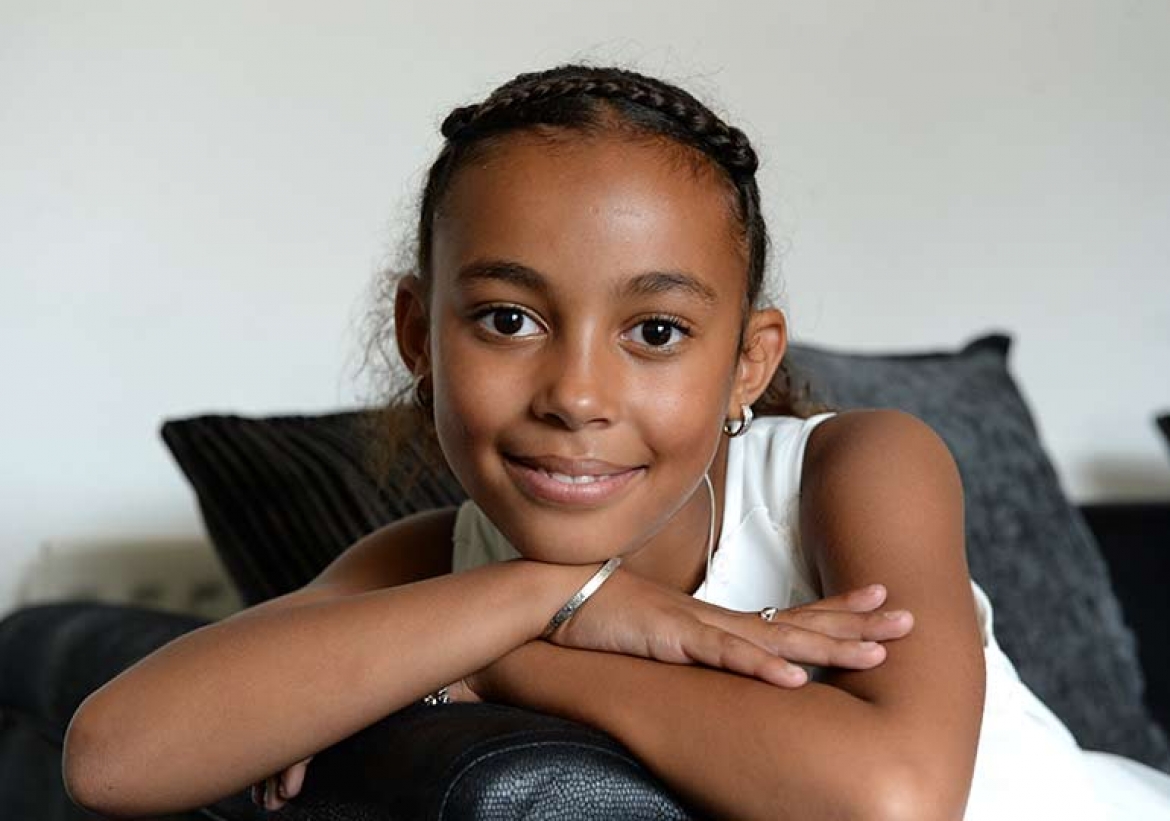 Renée-Mai will be honoured at the Pride of Britain Awards 2014 after she showed incredible bravery during the terrifying, eight-hour ordeal.

Renée-Mai put herself in danger and showed incredible bravery, calm and presence of mind when a violent attacker took her family hostage in a terrifying eight-hour ordeal.

The schoolgirl was with mum Katie and baby sister Lexi when Leonard Brown called at their Walsall home.

Brown had developed an obsession with Katie while he was doing odd jobs for the family, and when he arrived he became angry after noticing that two other men were working in the garden.

He waited for the workmen to leave, then went to the garden shed, picked up a can of petrol and brought it into the house, threatening to kill them all.

Katie recalls: “We had tried to help Leonard out by giving him odd jobs, but this one day he just suddenly turned nasty after noticing I had some people doing gardening work.

“After they left he came in to the front room and began screaming at me. He had a can of petrol with him. Renée-Mai was in there with Lexi. It was terrifying.”

Screaming obscenities at the terrified mum, Brown, 54, put his knee across Katie’s chest as she sat on a sofa with her two children. He then began battering her around the body and head.

As he launched his attack he also struck Renée-Mai, then aged just seven, who tried to shield her mum from attack.

Horrifyingly, Brown continued to punch the youngster in the face, leaving her bloodied and bruised.

Katie remembers: “I was trying to stop him but he was just attacking me, I was terrified – not only for myself, but for my children too. Renée-Mai was so brave in confronting him.”

Brown then spotted eight-month-old Lexi on the sofa and lunged to attack her. Renée-Mai again threw herself in the way – putting her body over her sister and in turn taking another series of blows to the head and body.

Renée-Mai says: “I was very frightened but I knew that I had to be brave to protect my baby sister.”

It was at this point that Renée-Mai spotted her mother’s mobile phone, and had the presence of mind to hide it under her clothes.

She kept it hidden despite an increasingly agitated Brown repeatedly asking where it was throughout the ordeal.

After a number of hours in the front room, the family was forced upstairs by Brown and into Katie’s bedroom, where he kept them hostage for the night.

Clutching the can of petrol, he continued to threaten the lives of all three members of the young family.

As morning came, so too did Renée-Mai’s moment to save her mum and sister. Brown went to the toilet at 6am and the girl pulled out the mobile phone and gave it to her mum.

Katie, who had no idea her daughter had kept the device hidden for so long, called for help. Brown was arrested and jailed for 14 years in December 2012 for the attack.

Renée-Mai said: “I was scared and it has given me nightmares, but I am feeling better now and I’m proud to have helped save my mum and Lexi.”

I dread to think what could have happened to us if Renée-Mai hadn’t been so brave.