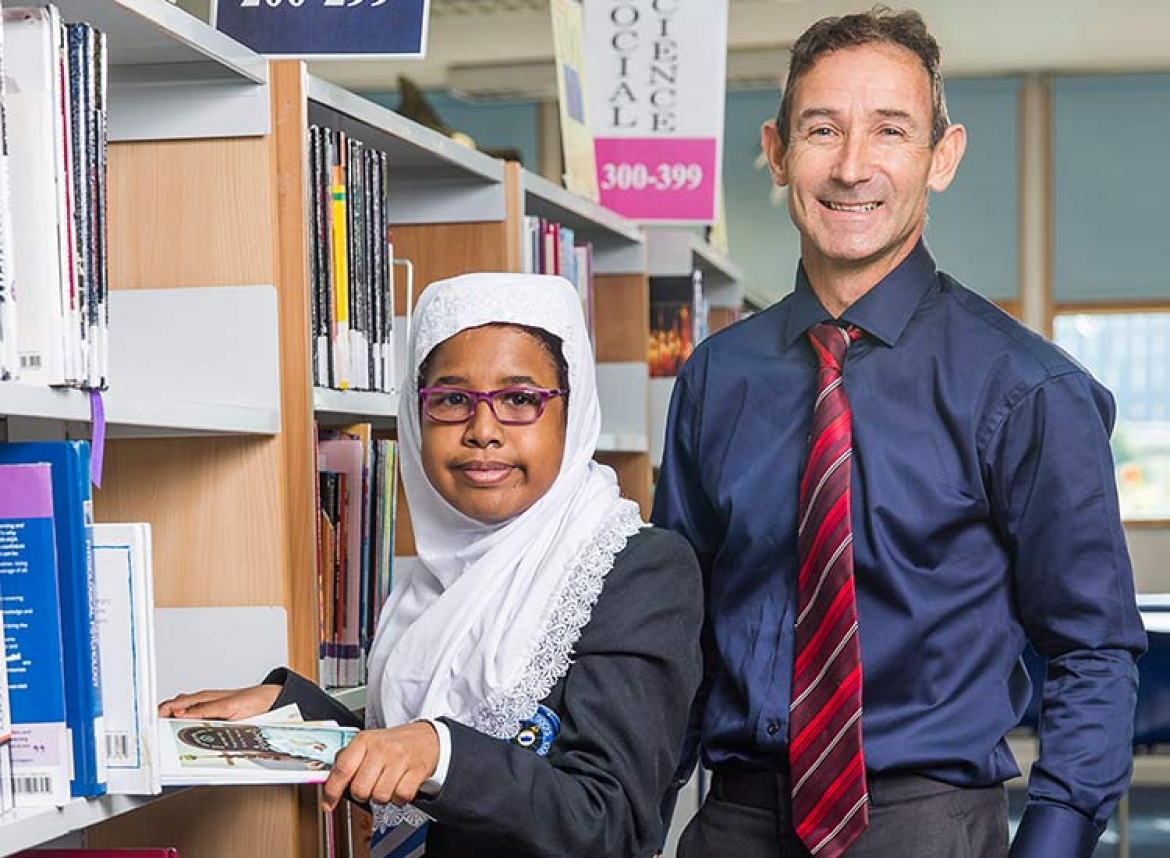 When the phone rang and a worried parent told Ray Coe her daughter was too ill to come to school, the dedicated teacher instantly offered his help.

What happened next is an inspirational, selfless act that goes way beyond the call of duty.

The voice on the other end of the line was that of Faatma Ali, whose 13-year-old daughter Ayla was a pupil of Ray's at The Royal Docks Community School in east London.

The teenager had recently been diagnoses with a condition that stopped her kidneys from functioning properly.  She was having to go through dialysis, but it was clear she was becoming seriously ill and needed a kidney transplant.

Ray, who is 53, says: "I asked  her what, as a school, we should be doing to ensure she did not fall behind, and then I had one of those moments in life where things just happen.

"I asked what I personally could do to help, and her mother asked me what I meant, so I said to her, 'Can I put my name down on the register to see if I'm a match'?"

There was a silence on the other end of the telephone, as Faatma was so shocked by the unexpected act of kindness from her daughter's teacher.

Faatma says: "I couldn't believe it.  I was just shocked.  In truth, I'm not sure I believed him, as often people say things to comfort people.

"We are a very small family over here," Faatma says.

"Most of our family is in East Africa and we had been going back to speak to people to see if anyone would be tested to find a donor."

The family had no luck with their relatives and were beginning to fear the worst, until Ray made his remarkable offer.

Shortly afterwards, he went for a series of tests that showed, amazingly, that he was a perfect match.  After several months of hushed conversations and hospital appointments, it was time to tell Alya.

Ray says: "We had kept it quiet from her all through the process as we did not want to get her hopes up.  But when it was time, another teacher and I spoke to her.  It was an emotional moment and she gave me a big hug."

The last hurdle was the hospital ethics board, who gave the procedure the green light and just two weeks later, in February this year, the transplant went ahead.

After several months of tough and painful recovery, both Ray and Alya are now fighting fit and back in school.

Ray, a married dad-of-one, says: "There was never any doubt I would do it.  It just seemed the right thing to do.  I had two kidneys and could step in to help someone seriously ill."

Although keeping the relationship strictly professional, Faatma says that Ray has now become an unofficial member of their family and has helped break down racial and religious boundaries in the community.

She says: "We love him so much.  We adore him.  Whenever we go out now people from our community ask how Alya is, but they all ask how Mr Coe is too."

View the embedded image gallery online at:
https://prideofbritain.com/history/2014/ray-coe#sigProId79c67c270a
Tagged under