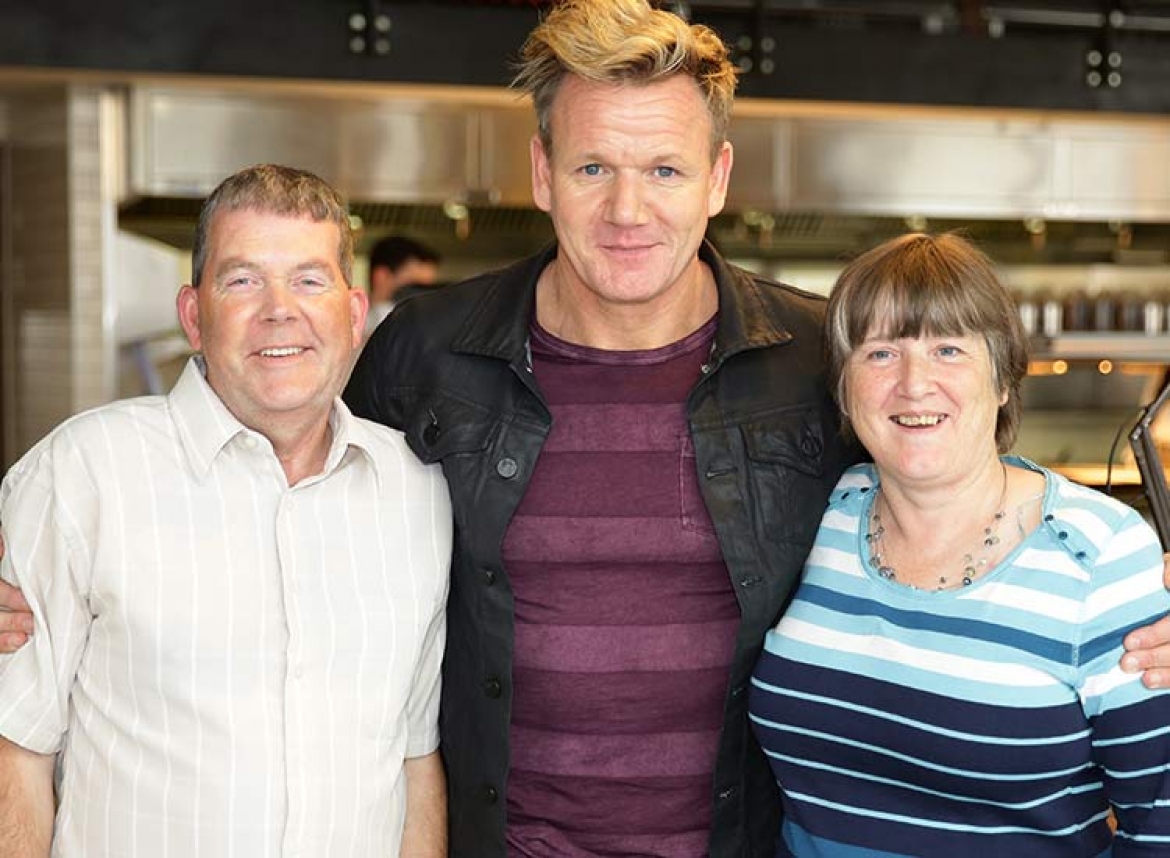 When a disturbed man walked into a busy hospital, set himself on fire and was heading towards the maternity ward, two unlikely heroes thought nothing of their own safety to tackle him.

Storeroom worker Danny Turner and nurse Agnes Malcolmson had both just started their lunch break when the fire alarm went off in the Townhead Health Centre at Glasgow’s Royal Infirmary.

Agnes, 54, says: “The receptionist came running over saying a man had set himself on fire. I then saw this huge ball of flame so I screamed at the man to get down.”

Danny, 51, was queuing up outside the hospital shop when he noticed a mass of flames.

“Everyone was screaming and running away,” he says. “That’s when I just kicked into gear and ran straight for him.”

Arriving a split second before Danny, Agnes swiped the man’s legs from under him to get him on the floor. She explains: “He was taking no notice of what I was shouting at him. He just put his arms out in front of him and started walking towards the doors leading to the main foyer.

“There is a large maternity ward just upstairs and I started thinking about all the wee babies and the danger he would be to them.”

Agnes, who had grabbed the man by the lapels and hurled him to the floor, attempted to put the fire out, while Danny quickly took his jacket off and leapt on top of the man.

He says: “I was just trying to put the flames out. Agnes had managed to get him to the floor and I was patting down the flames with my coat.”

After a frantic few seconds of battling the blaze, the duo thought they had succeeded – only for the flames to suddenly re-ignite.

Married Danny says: “This man had poured some sort of flammable liquid over himself before he set himself on fire.

“When we thought the fire had gone out, it just went ‘whoosh’ again on his legs. It was so severe it melted his boots to his feet.”

By this time help had arrived in the form of co-workers, who helped to put the fire out and gave the man emergency treatment. He survived the incident.

Amazingly, the only injury suffered by either of the heroes was two burnt fingers for Agnes – which she received when her hand stuck to the man’s leather jacket as she tried to put out the flames.

During a subsequent investigation, Peter Craig, the hospital’s fire safety adviser and a former fireman, paid tribute to the pair, noting how they both ran towards a horrific blaze when most people would run away.

I’m just a normal nurse and we really shouldn’t see stuff like this, but I wasn’t scared for one minute.

My only thought was for the safety of the babies.

Afterwards, one of my colleagues said to me that this guy could have been a terrorist, but it wouldn’t have made a difference as you still have to stop them hurting people.

I grew up with seven brothers so I know a thing or two about fighting.