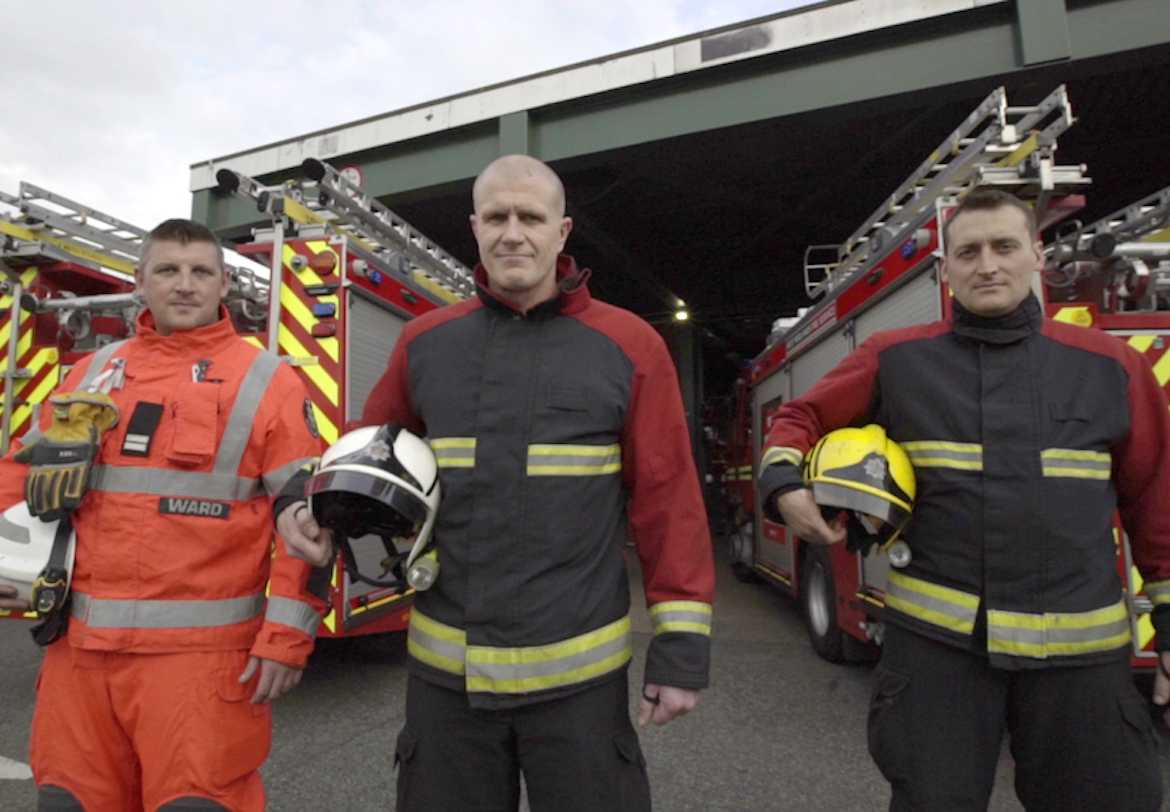 On October 14, 2017, Phil Ewins was driving to a very special surprise. He had planned to propose to his girlfriend Dikla at the restaurant where they had their first date.
But his plans nearly came to a tragic end when he was involved in a terrible car crash which left him impaled on a 10ft pole. If it hadn’t been for the quick-thinking and expertise of members of West Midlands Fire Service, he might never have had the chance to marry the woman he loves.
Phil, then 31, was driving along Golden Hillock Road in Birmingham when he was involved in the crash and collided with railings. One of the sharp metal poles pierced him through his chest and out of his back – pinning him to his seat.
The Red Watch fire crew sent to help him were faced with one of the most extreme situations they had ever encountered. An emergency doctor was unable to reach Phil in the car to treat him, and his condition was deteriorating rapidly.
So the team, led by Watch Commander Chris Hill and Crew Commander Joe Poynton, had to work against the clock to make split-second decisions about how to get him out of the car.
They feared that if they cut the railing it would twist inside his body and kill him.
Joe recalls: “We needed to get him out of the car and into medical care as quickly as possible without making things worse. You’re very aware that the decisions you make could have lasting consequences for those involved.”
They called in the Technical Rescue Unit, including Crew Commander Matt Ward. But even with their specialist knowledge and tools, there was a significant risk that vibration caused by cutting the pole would have fatal consequences.
Phil, who was still conscious, recalls how the team fought to save his life: “I remember the car being dismantled around me. I listened to the team talking through the options for cutting the bar. They were having to make decisions that might end my life.”
With the “golden hour”, after which Phil’s chances of survival would plummet, running out, the team delicately used a circular saw to cut him free. He was taken to hospital with part of the railing lodged in his body and had lifesaving surgery on his liver, lungs and diaphragm.
He was in an induced coma for four days, but has since made a good recovery.
Phil was so grateful to the  fire crew that he invited them to his wedding in July.
Phil, who married vet Dr Dikla Arad, says: “They were all world class – so professional, calm, well-drilled and thorough.
“Without them I would have died. Instead, I’ve been able to get married and lift my wife for our wedding photos.”
Dikla is full of gratitude to the team too. “It’s amazing what they’ve done,” she says. “We can’t say it enough: thank you.”