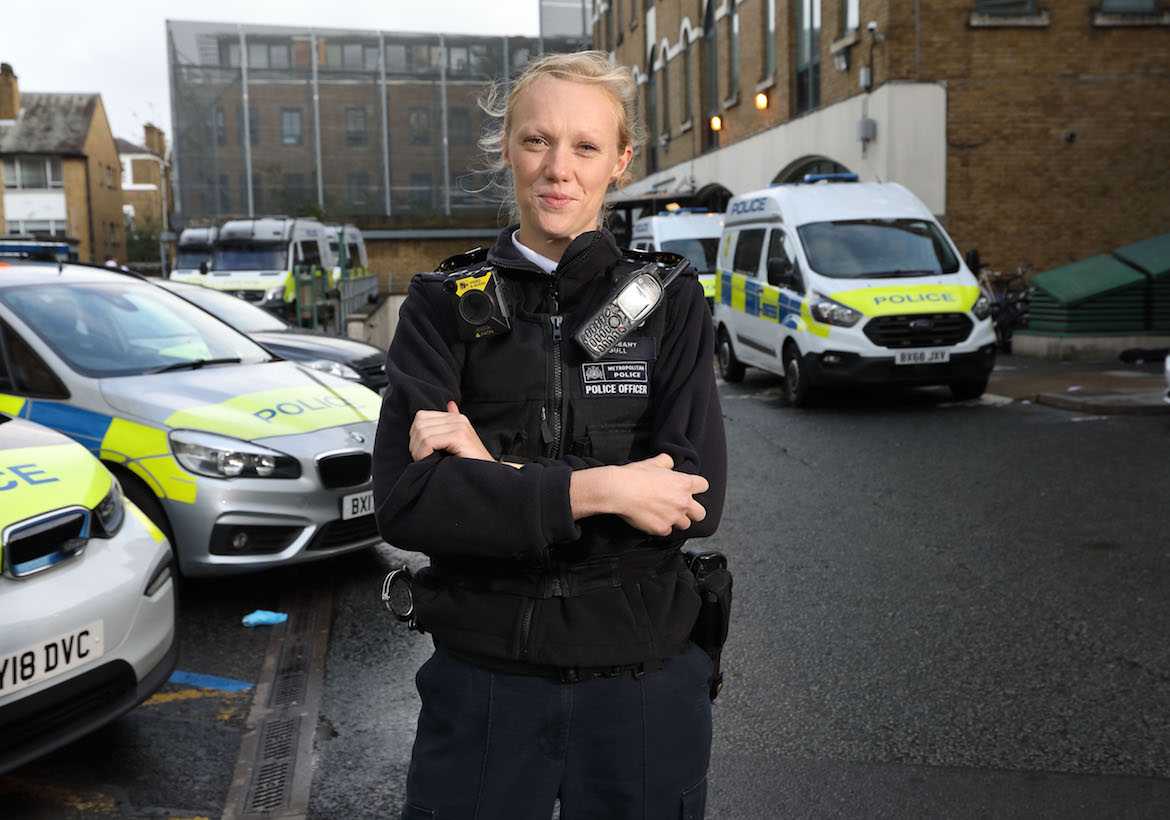 "At the time, I just didn’t think,” says Stevie Bull. “Adrenaline kicks in and that overrides everything else.”
Stevie was at University College Hospital in London in March 2018 with a colleague who had been taken ill, when she heard a call on her radio and saw security guards run past.
Stevie, a police constable at the time, immediately leapt into action. Hospital staff directed her towards a set of doors.
As soon as she went through, she was confronted by a man pointing a handgun at a nurse.
She also noticed that the man had a large suitcase next to him, raising fears it could be a bomb.
Knowing she could be risking her own life, Stevie felt she had no choice but to confront the man.
She says: “He was too calm. It felt eerily still. I was just thinking, ‘deal with the immediate threat, then deal with the suitcase afterwards’.
“It looked like a real gun. I was screaming at him, ‘give it up’ and ‘let go’.”
Stevie challenged the man but he refused to hand over the firearm or put the weapon down, so she attempted to tackle him to the floor.
“We had a bit of a roll around,” she says. “There was lots of struggling. He pushed me hard into the wall, but it’s a bit of a blur.”
During the struggle, Stevie sustained a head and neck injury, but she continued to wrestle with the gunman.
With the help of the two security guards who had arrived at the scene, she finally managed to pin him to the ground.
Stevie was then able to handcuff him and retrieve the gun, which was later found to be a starter pistol.
It was only when she got back to the station and started writing up her notes that she realised she was in pain. In the fight, she had suffered injuries similar to whiplash and also concussion.
Sgt Chris Couling, Stevie’s superior officer at the time, said: “Having seen a photo of the gun you wouldn’t know it was a starter pistol.”
Stevie, who has since been promoted to sergeant, said: “We are told not to confront and wait for a firearms officer.
“But when I was that close there was only one way I was going to go.
“If I was faced with the same situation again, I would do exactly the same thing. I didn’t really think about my own safety, I just acted on instinct.”