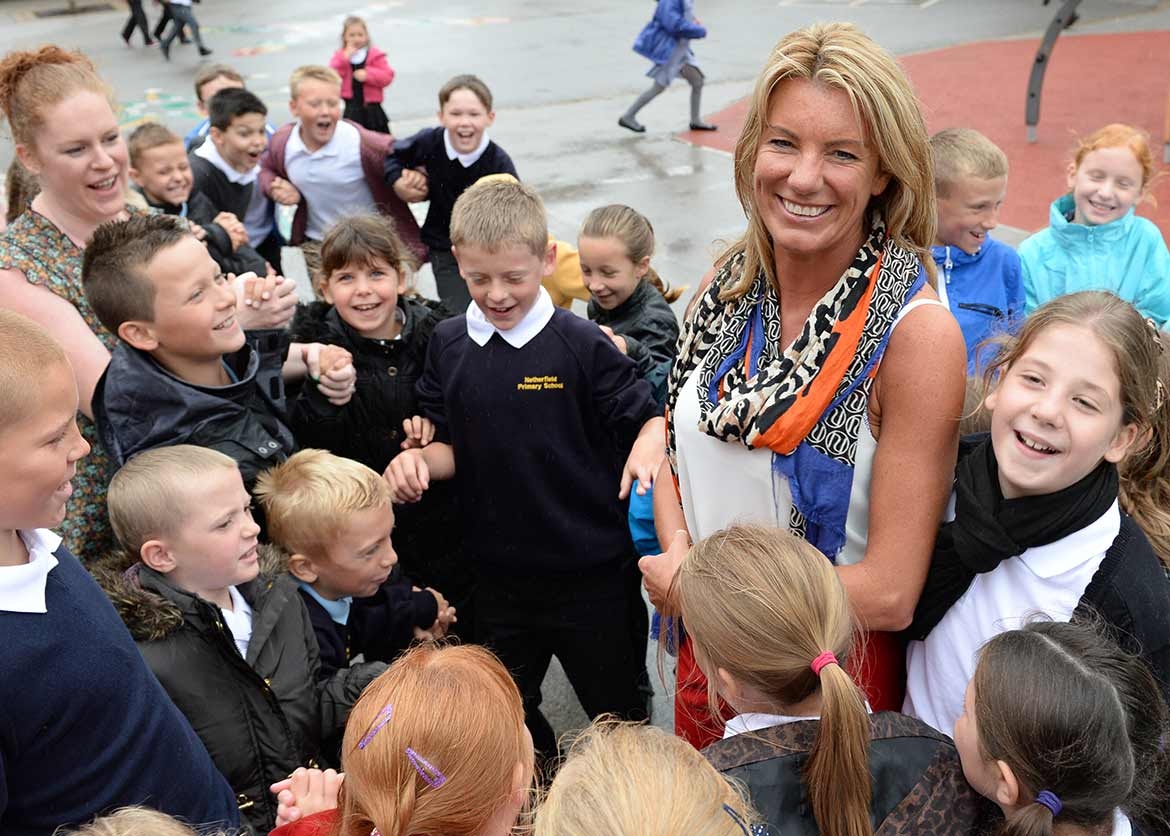 Sharon Gray remembers vividly the moment that inspired her to become a teacher.  "I was around five or six years old when I walked into my big sister's classroom.  It was the most inviting, interesting, beautfiul environment, and it was the way her teacher enticed everybody. "

After that I often got in trouble for sneaking out of my class and into hers because I loved it so much more than mine," she says.

"When I got older I realised I wanted to be a teacher like her.  She had a spark that made everyone stop and listen.  Since then I've dreamed that I too could encourage children to feel nurtured, safe, and proud to learn."

Now, hundreds of children who have attended Netherfield Primary School near Nottingham are testament to the fact that Sharon, 44, has achieved her dream.

Before she became headteacher in 2009, inspectors had placed the under achieving school in special measures.  Ofsted issued a "notice to improve" when Sharon took the helm, after she pleaded with authorities to give the failing school a chance.

She says: "I promised everyone I could get the school to outstanding.  Many didn't believe it was possible, but I was determined.  I wanted to do it for the children because I thought it's what they deserved. I believed it wasn't them failing, it was the system failing them which didn't seem fair."

It was Sharon's awe inspiring flair for inventing projects to engage her pupils that helped to change the school around.  This year she staged an "alien landing" that involved the whole school in a week-long investigation.

Children and parents arrived one Monday morning in March to find a fire engine and police guarding a large white tent in the school field, with strange sounds and billowing smoke.

The "Look Deeper" project was developed by Sharon with the help of her deputy, and two other staff members.  It worked on communication skills and language skills.

And it led to excited discussions among pupils about scientific experiments.

Sharon has also encouraged the community to participate in school life, involving parents in developing a school farm, and by issuing shops with "good behaviour cards" which they could hand to well-behaved pupils.  Sharon invented the scheme, the Integrity Awards, to encourage children to behave when there were no teachers looking.

Now, while the majority of children enter the school significantly below national achievement levels, a majority leave at or above the national average, including some who take GCSE maths exams at the age of just 11.

One parent, Gemma Nason, says: "If it hadn't been for Sharon, my son, who suffers learning difficulties, wouldn't be in a mainstream school.  She came in and sprinkled this magic dust everywhere and everything changed for the better.  It's like, when does this dream end?  She's amazing."

This year the school achieved an outstanding Ofsted report.  Recalling her feelings about when she found out, Sharon says: "It was utter relief.  I promised I could do it, but we all made it happen, the teachers, the parents, and of course, the children."

Sharon is the kind of teacher we all wish we could have had when we were at school.  She faced a daunting challenge, but has done something innovative, inspirational and outside the box and achieved real results.The Judges