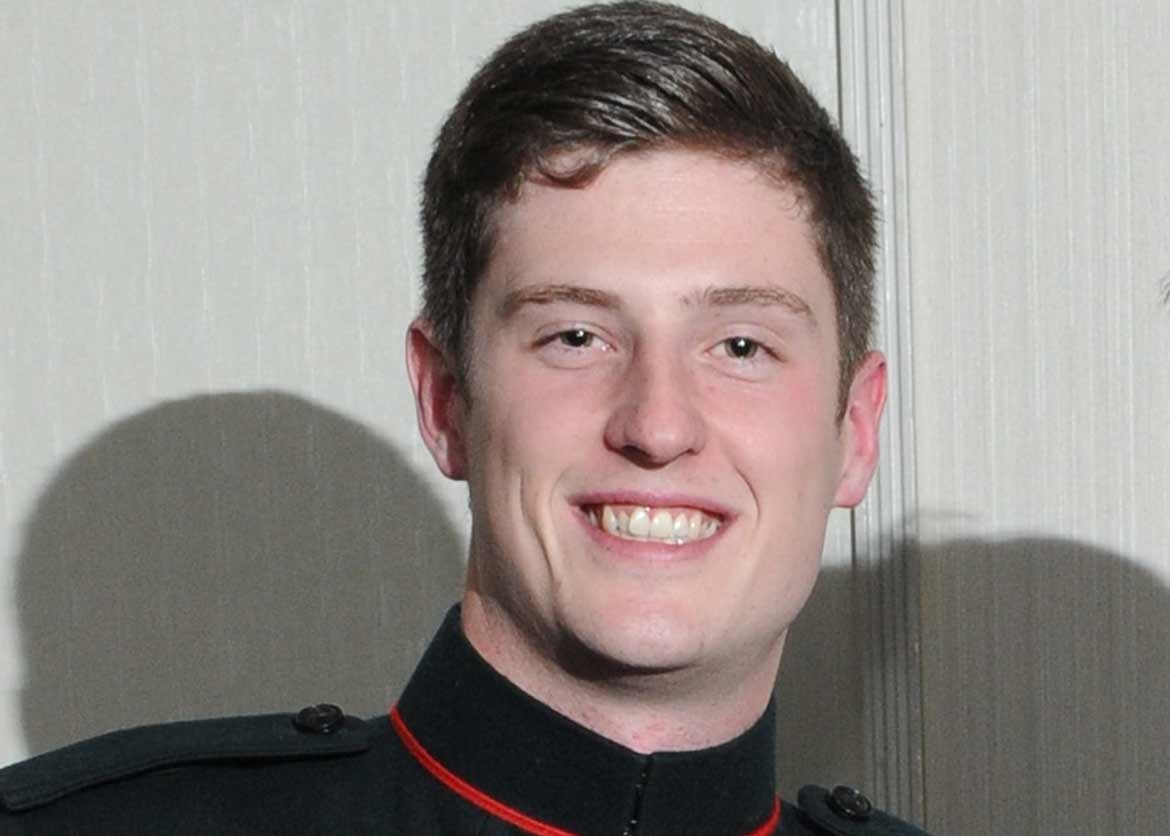 When Matthew Wilson was shot in the head by a Taliban sniper, he simply picked himself up and carried on fighting to save his comrades.

All our forces who have faced danger in Afghanistan deserve to be called heroes.  But Matthew's actions that day in autumn 2011 went way beyond the call of duty.

The lance corporal was attached to the Queen's Dragoon Guards during Operation Herrick 15, and was part of a reconnaissance group that was ambushed by a strong insurgent force in Helmand province.

The enemy fighters launched an intense attack, supported by grenades and a sniper taking aim at the British troops, resulting in one sustaining a critical injury.

Incredibly, without any cover, Matthew, from Aberystwyth, pushed forward to help his stricken comrade, running across open ground in full view of the enemy.

As he ran, one of the sniper's bullets smashed into his helmet, knocking him out for 30 seconds.

He recalls: "There was a massive crack and my head was whipped sideways, and then I woke up on the floor.

" I just remember waking up with a massive headache.

"It would have been just a minor mistake - a slip of the shoulder - that meant the insurgent hit the top of my helmet and not my face."

As he came to, Matthew saw that a British helicopter trying to rescue casualties was under fire.

So with complete disregard for his safety, he ran 50 metres across the open ground to attack the enemy and draw fire from the helicopter.  His courage allowed his comrades to launch a counter attack and push the enemy back.

Matthew just made it to the protective cover of a ditch when an Apache attack helicopter arrived to give them all cover as they pulled back to a nearby compound.

The injured comrade he had risked his life for was rescued.

Matthew, who serves with 2nd Battalion The Rifles, climbed on to the compound wall to identify the enemy firing point.  He helped launch a counter attack and neutralise the enemy threat.

Matthew, who was 21 at the time, was awarded the Military Cross for his bravery that day.

His citation said: "Wilson's gallantry, coolness under fire and exemplary determination, having been literally a hair's breadth from death, was nothing short of extraordinary.

"Where many would have crumbled under pressure, shock or fear, Wilson immediately rose to the challenge and tookthe fight to the enemy.

"This young man is a fine example of conspicuous courage that few display in the face of mortal danger."

But modest Matthew says: "I was just doing the job I was trained for."

What is remarkable is that Matthew is so young.  He had every excuse to just lie there, but he courageously got up and put himself in t even more danger.  This was an incredible act of bravery.The Judges

View the embedded image gallery online at:
https://prideofbritain.com/history/2013/lance-corporal-matthew-wilson#sigProIdb35caaa80b
Tagged under