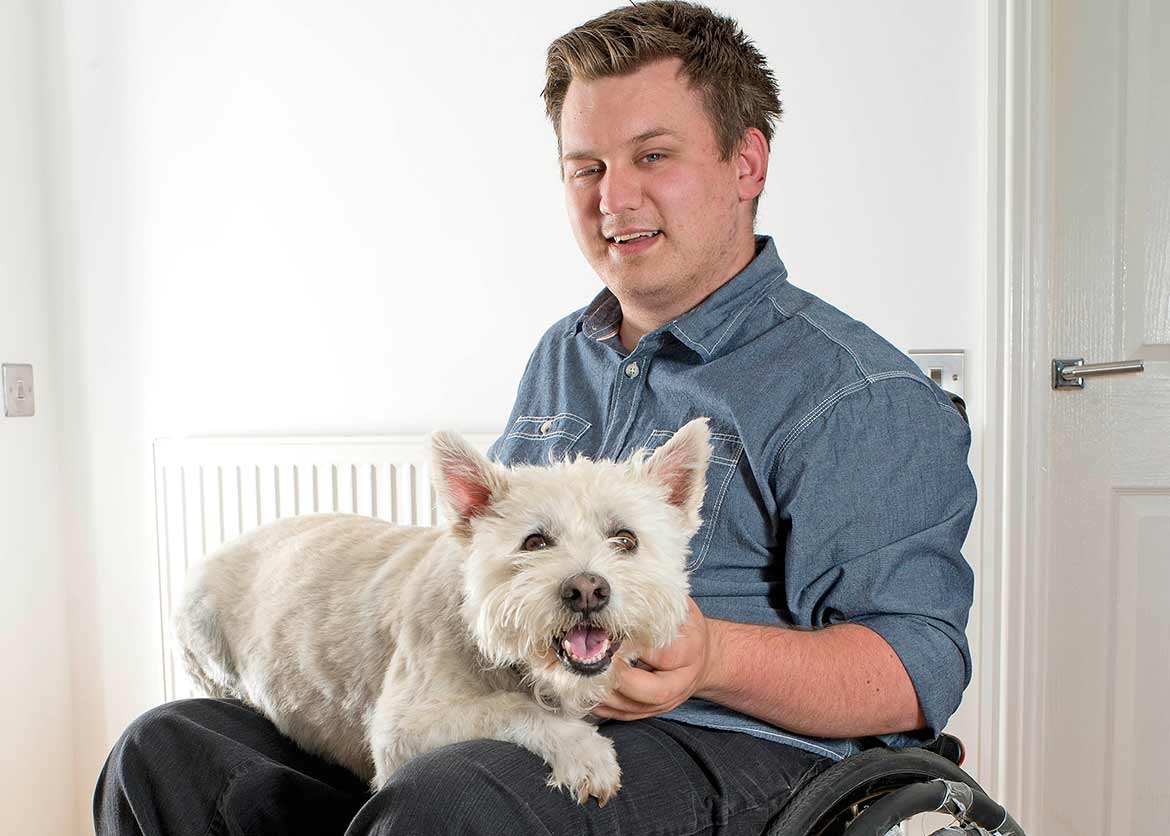 When Daniel Black read about a disabled boy who needed to raise thousands of pounds for treatment to help him walk, he did not hesitate to donate £22,000.

But what makes his act of kindness truly awe-inspiring is that is was money had raised to help himself walk again after he was paralysed in a cycling accident.

The little boy he had read about, six-year-old Brecon Vaughan, was born with cerebal palsy and his mum and dad were told he would never walk without a frame.

Having raised thousands of pounds for his own pioneering treatment, selfless Daniel chose to give all the money to Brecon instead - despite having never met the youngster.

Modest Daniel says: "I really don't think it's that amazing.

"I saw Brecon and thought he had a much better chance of walking again than me, so it was a no-brainer."

Daniel, 26, used to play guitar in a band and had a promising future ahead of him.  But his life changed when he was knocked off his bike by a car on his way to work in December 2009.

He broke his spine, causing his lower body to be paralysed, and he can only use one arm following a stroke.

But that did not stop him dreaming.  He clung on to the possibility that experimental stem cell treatment could help alleviate his condition.

He raised £22,000 through a series of events, including a charity concert, towards making that dream a reality.

"I couldn't believe what happened to me,' he says.  "I'm not sure I'll ever come to terms with it.  Every day I'd research treatments on the internet and raised money so I could pay for an operation to help me walk again."
But then Daniel saw Brecon's story in their local newspaper earlier this year.

Daniel, from Chepstow in Wales, explains: "My mum saw Brecon and showed me the article because he lives really near us.  Straight away I donated £1,000 of my own money to his JustGiving site.

"But when I stopped to think some more about it, I realised I could give him the money I'd raised for myself because his treatment had a better chance of success.

"For me, things are not getting better soon.  I wanted to help someone whose life could get better."

Before Daniel's gift, Brecon's family had managed to raise £11,000 towards the £60,000 needed for an operation and treatment in America.

Brecon's parents ANn and Rob, both 44, were stunned when Daniel got in touch to tell them of his decision.

"They kept asking, 'Are you sure? Are you sure?'" says Daniel.  "Of course I was.  I wouldn't joke about the possibility of walking again."

Since the story about Daniel's donation made headlines earlier this year, more money has come in from the public and enough has been raised for Brecon to have the surgery later this month.

"It's amazing news," says Daniel.  "When I first met Brecon I knew I was doing the right thing.  He's a very special boy.  I'll be following his journey all the way, But I know his story will have a happy ending.  It has to."

Rob says: "What Dan has done is brilliant.  How do you even start saying thank you for something like that?"

For Daniel to selflessly give up his own chances of walking again in order to help a little boy he had never met instead shows remarkable courage, incredible strength and unbelievable kindness.The Judges

View the embedded image gallery online at:
https://prideofbritain.com/history/2013/daniel-black#sigProId5d5e431027
Tagged under